This undated handout photo released by Akanga Film Asia on September 26, 2018 shows Singaporean actor Liu Xiaoyi (centre) acting during filming of a scene for the movie ‘A Land Imagined’ in Singapore. — AFP pic
Follow us on Instagram, subscribe to our Telegram channel and browser alerts for the latest news you need to know.

SINGAPORE, Oct 2 — A world away from the opulence showcased in hit rom-com Crazy Rich Asians, a critically acclaimed film noir is shedding light on a less well-known side of Singapore — the precarious existence of its migrant workers.

A Land Imagined tells the story of a Chinese labourer who goes missing while working on a building site, and the efforts of a world-weary detective to track him down.

His lonely life serves as a window into the world of the approximately 280,000 foreign workers who toil to build the affluent city-state’s glittering skyscrapers and ubiquitous residential high-rises.

The movie debuted in August at the Locarno Festival, where it won the top prize, and features atmospheric scenes of bleak construction sites, drab workers’ dormitories, and rain-lashed, neon-lit streets.

Singaporean director Yeo Siew Hua said the film aimed to raise awareness about the lives of migrant labourers who have flocked to the wealthy city from poorer parts of Asia and are often regarded as “outsiders”.

“When we talk about the migrant workforce in Singapore, there is a certain blindness, especially in mainstream society,” Yeo told AFP.

“The film tries to show them as humans, as people with hopes and dreams.”

It had its debut around the same time as the US release of Hollywood film Crazy Rich Asians, which was a box-office hit and won plaudits for its Asian-majority cast — but its depiction of the city-state could not be more different.

The rom-com, about an American-Chinese economics professor and her Singapore boyfriend, focuses on the ultra-wealthy ethnic Chinese elite and features well-known sights, such as the impressive waterfront skyline.

A Land Imagined follows the life of Wang Bi Cheng from China, who works for a land-reclamation company — about a quarter of Singapore sits on reclaimed land.

This is a long-running source of controversy as sand is imported for reclamation from other parts of Asia, a practice that green groups say causes environmental damage in the supplying countries.

He lives in a shared dormitory next to a busy road and spends his nights playing computer games in a cybercafe — befriending the sassy woman who works there — and hangs out with a Bangladeshi labourer who is struggling with debts.

When Wang goes missing, police send in a jaded detective, Lok, who is shocked when he encounters the migrants’ living conditions.

NGOs working with foreign labourers in the city-state of 5.6 million welcomed the film for drawing attention to their lives.

Depictions of workers’ lives in the film ring true, such as huge, self-contained dormitory complexes in less desirable parts of Singapore and employers holding on to workers’ passports to prevent them from leaving, she said. 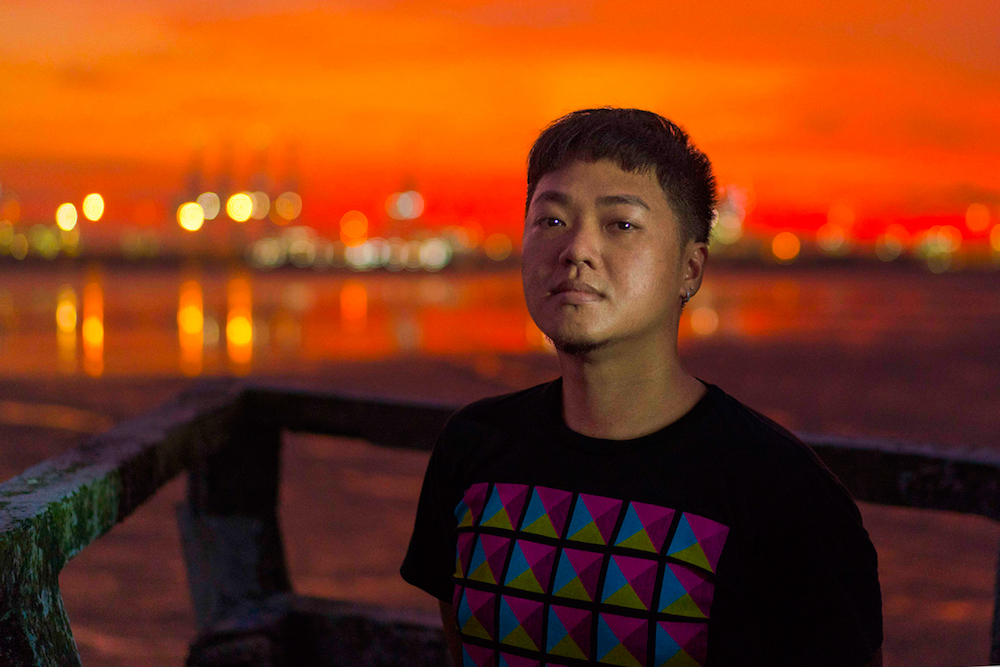 Wang’s Bangladeshi friend, Ajit, is unable to leave Singapore due to debts — a common problem for foreign labourers, who often take out loans for fees to secure work and are unable to pay them back due to low salaries, according to rights groups.

Singapore’s Ministry of Manpower, however, insists that surveys it has commissioned show the vast majority of foreign workers are satisfied with working in the city and consider it “an attractive destination country”.

The ministry has a “comprehensive regulatory framework to ensure that foreign workers in Singapore are properly managed, and that their wellbeing is not compromised”, a spokesman said in a statement.

It said workers were protected by laws in areas including payment of salaries, compensation for work injuries and ensuring they have accommodation of a decent standard.

After its success at Locarno, the film is heading to other festivals, including Hamburg and Vancouver, and will have a commercial release in Singapore at the end of the year.

Those fighting for a better lot for foreign labourers praised the effort to draw greater attention to their difficulties.

“When we tell Singaporeans about the issues that the migrant workers face, they say ‘no, no, Singapore is a country where we have very good laws, and these things cannot be happening’,” Ethan Guo, from NGO Transient Workers Count Too, told AFP.

“I think general awareness of the plight that these migrant workers go through is what we feel is needed more in Singapore.” — AFP