Malaysians prove again we are our own heroes

Wednesday, 22 Dec 2021 8:28 AM MYT By Erna Mahyuni
Follow us on Instagram, subscribe to our Telegram channel and browser alerts for the latest news you need to know.
By Erna Mahyuni

DECEMBER 22 — I shudder thinking about how things would be now, in the aftermath of the recent tropical depression, without the internet.

Too many articles about the evils of the internet, too many warnings about how we’re so disconnected from each other because of our phones.

It was those very phones that were lifelines when it seemed our leaders had all but abandoned us.

Some day we will all need to be reminded how we were failed by the ones who promised to serve us and how, in the end, it was up to us and the internet to save ourselves.

Not the tools, but us

Technology isn’t the story here. It’s about us.

It’s about Malaysians being quick and clever enough to use the tools at our disposal showing just how we could move beyond our social media bubbles to be who we needed to be.

“Retweet to save a life” was a literal truth these past few days.

The floods also prove just how much we need the young. Young people were at the forefront, tweeting and posting social media videos, marshalling aid and supplies.

Fearlessness and unrelenting stamina are both provinces of the young and we needed those attributes, racing against rising flood waters to reach those who were stranded.

There were no slogans or fancy dinners. No single rallying call and no one hero for all to fall behind.

It was many hands and many voices responding to calls for aid that were never ending.

This wasn’t our job 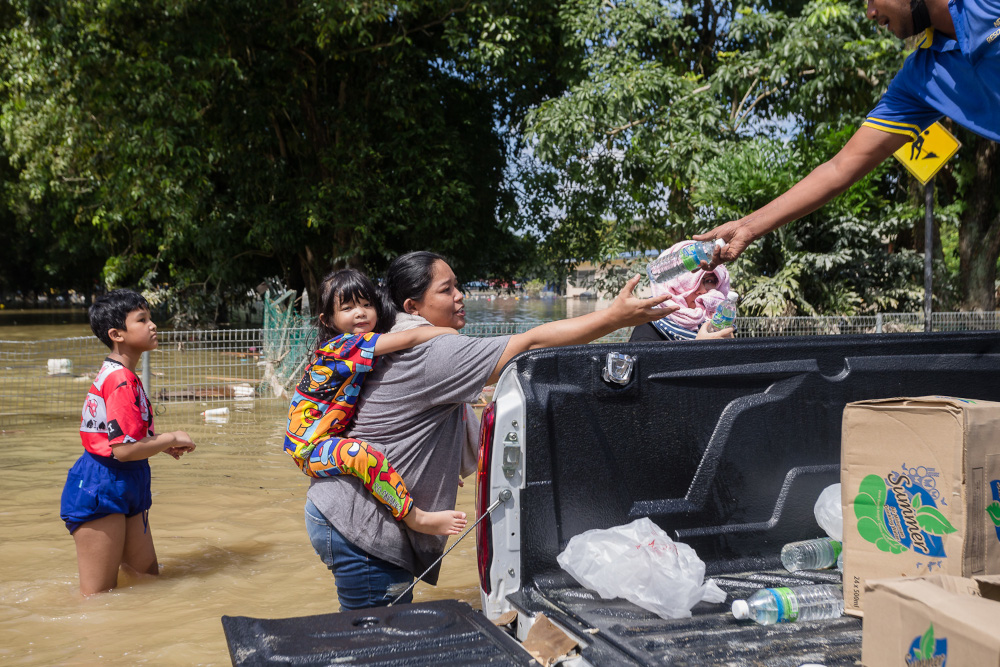 Try as they might, volunteers weren’t able to reach everyone, hampered by the sheer volume of requests and limited resources.

This resulted in many people going to the rescue of their own friends and relatives and by right that shouldn’t have happened.

Civilians shouldn’t be taking part in rescue efforts. There are good reasons why search and rescue is an activity that needs training and preparation.

Many things can go wrong in a flood rescue attempt — boats flipping over, water being deeper than expected, currents going too fast, dangerous objects or terrain.

By some miracle, however, we did not lose more people through attempted acts of heroism.

Some of it was luck and timing. People involved tried their luck, only attempting rescue in calmer waters and weather.

There are white papers written about our disaster preparedness. It’s part of the 11th Malaysian plan.

We have SMART, Nadma, and the National Security Council. Why, instead, did Malaysians have to co-ordinate among themselves, looking to each other for cues and support?

The system has failed. The question remains if an actual system exists or if it is mostly theoretical.

I think the biggest takeaway here is that we need to decentralise our disaster response.

We cannot sit and wait for a leader to stop cutting cake to send in the army or get helicopters working to save people who aren’t a certain personage’s son-in-law.

Maybe this is a once-in-a-lifetime, never before, wholly unexpected event but therein lies the problem. We assume something like this could never happen to us.

Emergency responses need to be better streamlined at the ground level and not just talked about at high-level meetings.

Every state should be able to quickly form crisis responses and where the scale is major, not have to wait to get federal aid.

Being able to quickly assist an ailing state when needed should also be an option instead of forcing officials to wait until hurdles of red tape are tackled.

This state of affairs should be depressing but I think I can say without cynicism and reservation, despite my distaste for forced patriotism and nationalism, that I have never been more proud to be a Malaysian.

As imperfect as we are and despite our squabbles over inconsequential things, when the chips are down Malaysians have proven more than able to find their own inner heroes.