Dr Noor Hisham: Foreign workers screened during EMCO may have tested negative due to incubation period

PUTRAJAYA, June 4 — Health Director-General Datuk Dr Noor Hisham Abdullah said it is possible that some foreign workers who were screened for Covid-19 during the extended movement control order (EMCO) may have tested negative as the virus was still in its incubation period.

He said once such individuals were later brought to the Immigration Department’s detention depots, they eventually became positive and unintentionally infected other detainees.

“That is one possibility we are looking at. Another factor we also have to look into is the cramped cells of the depots, so part of our activity is to look into causes of infection,” Dr Noor Hisham said during his daily Covid-19 press conference.

He said at the moment, the ministry’s concern regarding the depots are the confined spaces, as well as congested or crowded areas among the detainees.

“When it comes to undocumented foreigners, we need to look into deporting them from the country as soon as possible, once they test negative for Covid-19.

“But for documented foreign workers, there needs to be a holistic approach in solving their issues. We need a multi-agency, multi-society and whole governmental methodology in handling it,” Dr Noor Hisham said.

The director-general was also asked about the status of prison inmates and personnel, to which he said thus far there have been no reported Covid-19 cases occurring in prisons.

“In the case of the Sungai Buloh prisoners, with the exception of a single excursion which took place in March, the inmates have not left the prison since then.

“We have since moved the 800 inmates to the Semenyih depot where we conduct screening. But we are keeping an eye on them and the other prisons, as we may need to screen before admitting inmates,” he said. 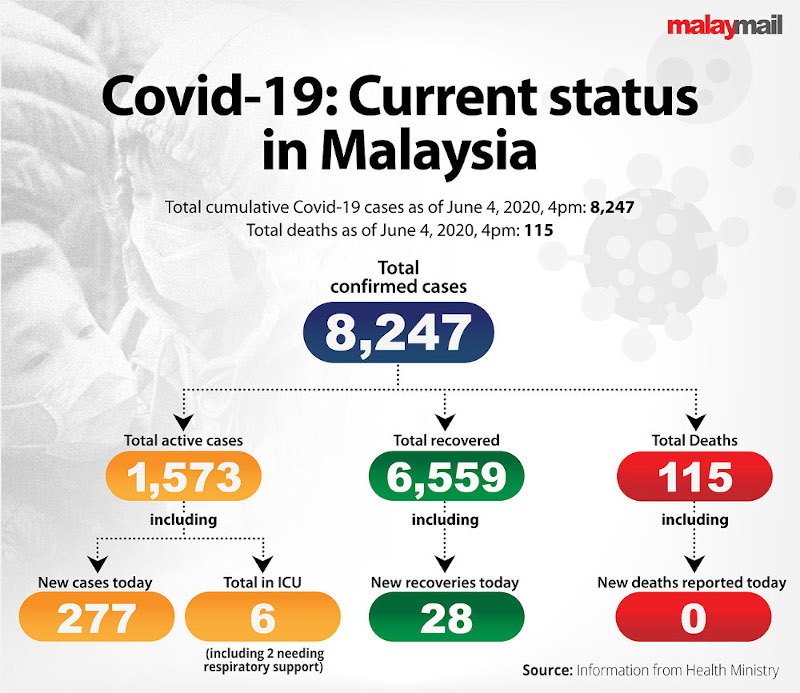