Do you keep gifts from your ex? A quarter of Malaysians bin them

KUALA LUMPUR, April 4 — Gifts may have sentimental value, but for a significant proportion of Malaysians, some memories aren’t worth keeping once a relationship is over.

A recent post-relationship behaviour survey revealed that almost a quarter of Malaysians chose to dump their ex’s gifts instead of re-selling or keeping them after a break-up.

According to online marketplace Carousell’s #MakeSpaceForLove survey, a total of 538 out of 1,926 (28 per cent) respondents chose to dispose of them.

“Whilst disposing of an ex’s articles may have been easy for some, 568 people (29.5 per cent) of the respondents said they still keep them because of its monetary or sentimental value,” it said in a statement here. 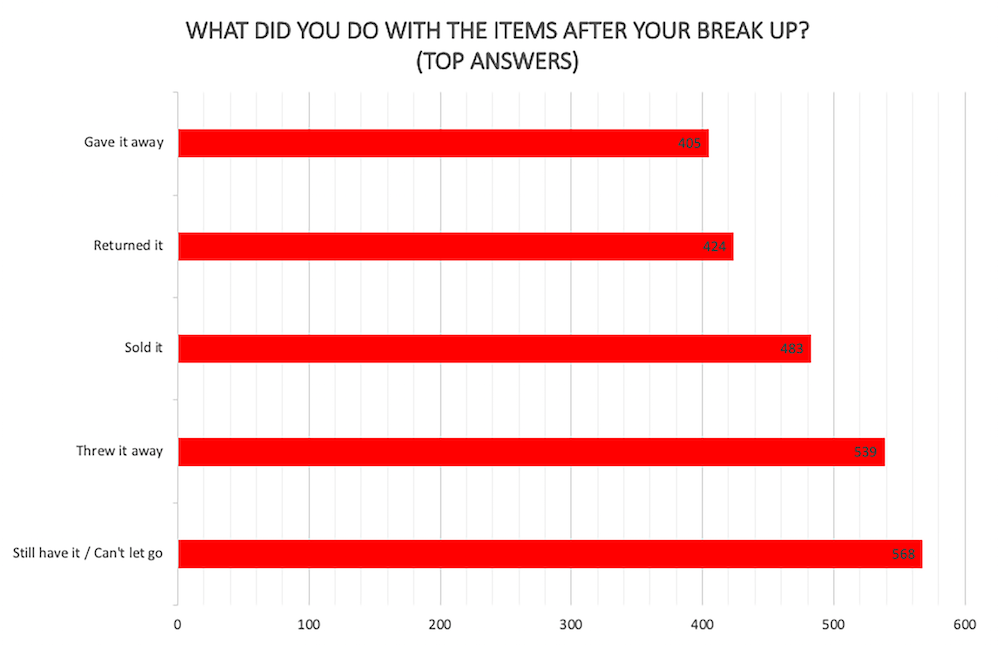 So what were the leftover items?

Almost half of the respondents (50.9 per cent) said their ex left behind clothing followed by jewellery (21.9 per cent) after their split.

Coming in joint third were electronic devices like laptops or smartphones and books at 19.4 per cent. 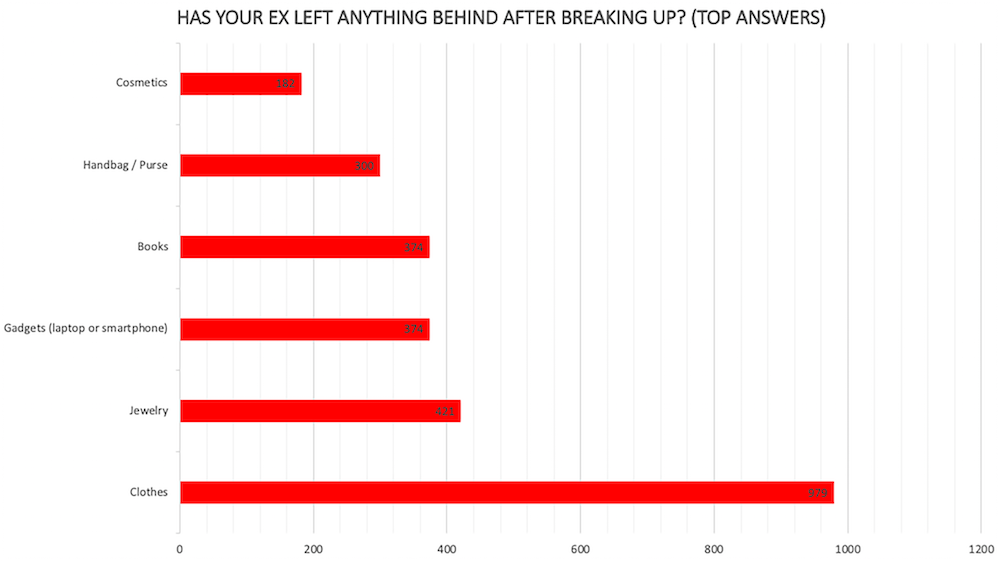 What about those who decide to sell them?

Surprisingly, almost half of the respondents (49.8 per cent) said they chose to buy something else with the money earned from the sale of their ex’s items.

Some opted to treat themselves to a meal (32.2 per cent) from the sale proceeds while 21.4 per cent of respondents donated the money to charity.

Country Head of Carousell Malaysia Tang Siew Wai said the recent #MakeSpaceForLove campaign was created to encourage Malaysians to sell their ex’s leftovers on the online marketplace as a positive way to move on.

“Decluttering is one the best ways to start afresh. By selling an ex’s leftovers, it provides the item a new owner that would appreciate it and a new opportunity for the seller to move forward in life,” he said.

Tang added that the majority of respondents (74 per cent) also said that they would consider selling the items on Carousell.

The in-app survey was conducted over a four-day period nationwide between March 18 and March 21 this year.