Datuk Ambiga Sreenevasan vented at the PKR leader on Twitter after a news report by Malaysiakini quoted Rafizi as saying that Dr Mahathir did not consult PKR on the appointment of three ministers from DAP, Amanah and PPBM.

There are concerns that Rafizi’s criticism could likely fuel rumours that the new Pakatan Harapan (PH) federal government is divided on the matter, especially since it was not able to appoint the full Cabinet lineup after two days.

“Stop this nonsense,” the former Bar president tweeted together with an attachment of the Malaysiakini article that quoted Rafizi.

The former Bar president also retweeted a comment by Twitter user Ashraf: “Please PKR. Get yourself together. We are tired with this kind of nonsense again and again. Seriously,”.

@rafiziramli @n_izzah @drwanazizah Please PKR. Get yourself together. We are tired with this kind of nonsense again and again. Seriously. https://t.co/h2Coffc21z

Talk of disquiet within PKR spread after Dr Mahathir named only three senior PH leaders for his Cabinet with the glaring absence of PKR representation in Cabinet portfolio appointments so far.

The prime minister said the coalition had yet to decide the remaining seven portfolios, but expected the names to be finalised tomorrow.

Shortly afterwards, Rafizi issued a statement saying the current Cabinet line-up was only tentative and far from complete, and that any decision must have the full consensus of all component party members.

PKR leaders have received flak in the past for squabbling openly for positions. 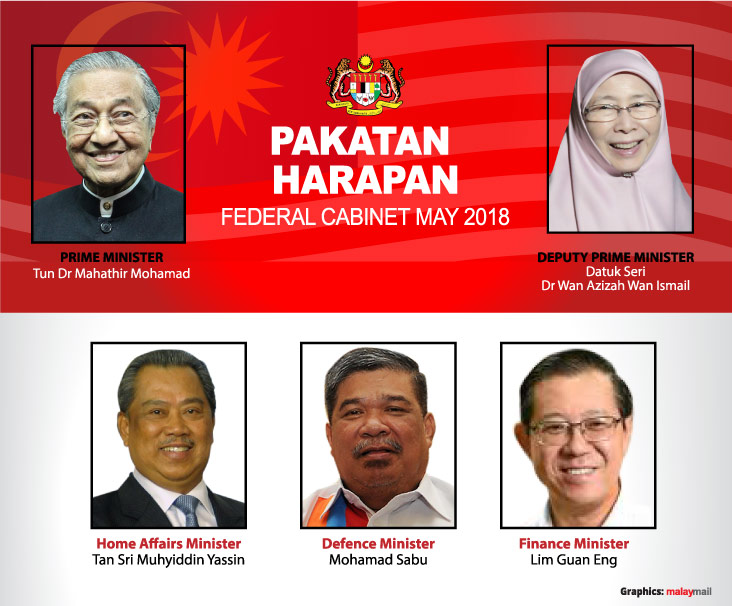