Feeling the pinch? It’s not just because of higher cost of living

Over the years, the value of our pay has diminished... meaning we can buy less now with what we earn. — Picture by Irwan Ismail
Follow us on Instagram, subscribe to our Telegram channel and browser alerts for the latest news you need to know.
By By Syed Jaymal Zahiid

KUALA LUMPUR, Aug 8 — As far as disposable income is concerned, meaning the money we have to spend minus our loans and mortgages, the value of our pay has been declining steadily in recent years despite a drastic increase in productivity, according to Department of Statistics data.

The recent rate cuts announced by Bank Negara Malaysia (BNM), aimed at spurring spending, and a clear indicator of how slow business is, has again revived the debate about wage stagnation.

While increasing wages may have been feasible five years ago when the Malaysian economy thrived on the back of strong growth for the past decade, things are not looking too bright today: Dismal global growth and record low crude prices have hurt exports and revenues.

Businesses are not expanding, as seen by the latest loan growth rate data, the lowest in nine years. Corporate earnings is dropping. Retrenchment went up by 49 per cent, according to official labour data.

Retail growth dropped to a negative 4.4 per cent in the second quarter this year despite recording a four per cent growth in the corresponding quarter last year.

In a nutshell, employers can’t afford to hike wages even if they wanted to, which puts the Malaysian economy in a chicken-and-egg situation today. If employees don’t spend, businesses will stagnate. If businesses stagnate, everyone loses.

Department of Statistics’ June data on wages revealed that despite the overall wage growth of 6.7 per cent last year, wage growth in urban areas was much lower, at three per cent compared to nine per cent in the rural areas.

Adjusting to inflation, the real wage growth for the last two years in urban areas account for less than one per cent.

“Those in the urban areas, especially in developed states, are feeling the pinch. Let’s look at Kuala Lumpur. Their median wage last year was RM2,200, which is the same as in 2014. No change. The same goes for Penang. No change in their wages. 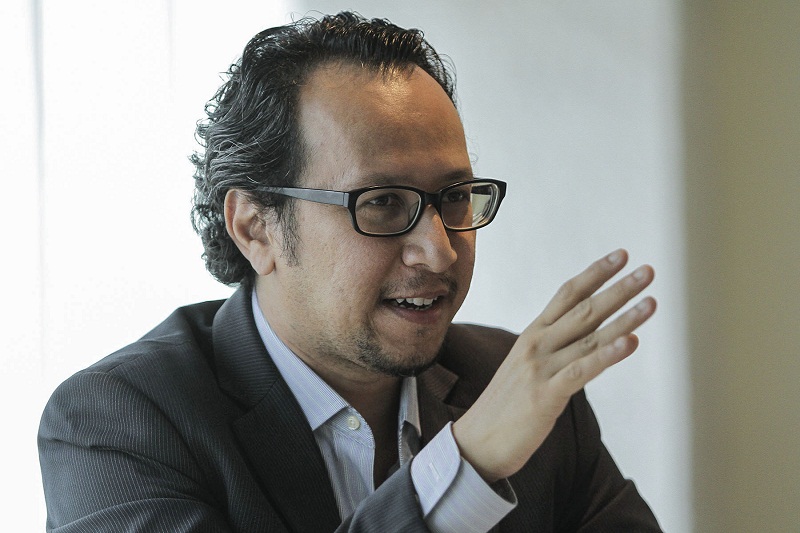 “In fact, after adjusting for inflation, their wage growth is actually negative,” economist and author of The Colours of Inequality, Dr Muhammed Abdul Khalid, pointed out.

“But the key question is for urban areas if you minus inflation, the increase comes to zero... for Kuala Lumpur, for instance, the median wage last year is about RM2,200.

“If you look at this year, the median wage is also RM2,200, which means, if you minus inflation (increase of two percentage points to GDP in Q1, 2016), the increase is actually negative.”

Even for rural wages, the nine per cent increase only translates to a median hike of only RM100 a month, an amount too little in today’s Malaysia.

“Now what is the outlook? I would argue that to register a positive wage growth it is going to be challenging. Why? Because the economy is just not improving.”

While critics often blame employers for the wage squeeze, which is true to a certain extent, analysts believe the income stagnation problem is more structural.

First, is the continued dependency on low-tech and low-skilled manufacturing and commodity export economy, which usually pays low-to-medium income. The sector’s preference for migrant workers is also distorting the labour market, resulting in the artificial depression of wages, economists have pointed out. 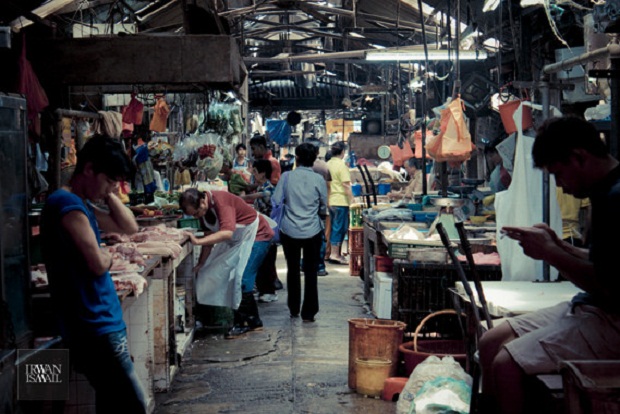 Most people blame the rising cost of living for their lowered standard of living, but in truth stagnant wages also play a part. — Picture by Irwan Ismail

Policy analyst and former researcher at Institut Rakyat Yin Shao Loong said one of the ways to push income up is for Malaysia to shift to a high-tech innovation-driven economy.

But this requires serious political will, which necessitates the government to first admit that some of its policies have failed.

“Here’s the revenue problem: if you have a strong wage economy built on manufacturing high value-added products and selling or exporting them to receptive markets, then it is straightforward to generate enough revenue from progressive tax measures like income tax to float government revenue.

“Regressive tax measures like GST (Goods and Services Tax) could be avoided. Even if you do implement GST, the strong wage situation would be able to absorb it better than an economy where wages are relatively stagnant or low,” Yin told Malay Mail Online.

The second systemic problem impeding wage growth is the government’s lack of support for unionisation. Jan W. Rivkin, an economist and senior research dean at Harvard Business School, in an interview with Huffington Post said that union-busting policies have contributed to the growing disparity between wages and productivity growth, which has become a global problem.

And Malaysia is no different; Klang MP and economist by training Charles Santiago claimed that the Malaysian government had throughout the years help disempower trade unions, leaving workers with no legal recourse to fight for just wages.

“The collective bargaining process has not worked. And that is partly because the government has reduced the power of trade unions through a variety of laws and regulations. Of course they won’t admit that. But the point is they have contributed to the weakening of unions,” Santiago told Malay Mail Online. 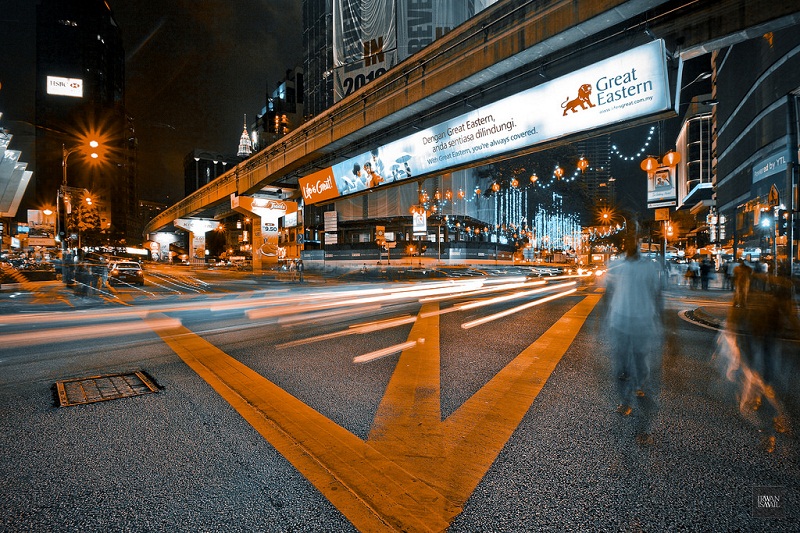 Kuala Lumpur is an expensive city to live in... and getting more expensive by the day, it would seem. — Picture by Irwan Ismail

After much pressure, government leaders finally admitted that wage stagnation poses a real problem to Malaysia’s effort to become a “high-income” nation by 2020, although much of the blame went to the stubborn preference for cheap foreign labour and employers’ refusal to introduce the minimum wage.

That has since changed after Putrajaya bulldozed through the RM1,000 minimum wage law that went into effect last month.

Yet the 2015 median income of half the Malaysian population is just RM600 more than the pay given to foreign labourers, Muhammed noted. And as domestic and global growth are expected to contract further, rendering the labour market in excess, businesses cannot afford to hire.

There is concern that Malaysians’ shrinking buying power would push the country’s economy into a downward spiral.

Firdaos Rosli, a fellow of economics at the Institute of Strategic and International Studies (ISIS), said government intervention is needed to rectify the predicament, and one of the solutions is to prompt spending by opening up the market, which can help drive prices of goods down if increasing salary is not a viable option.

“As far as prices of goods are concerned, trade barriers would have to come down to allow more competition and smoother movement of goods and services,” Firdaos told Malay Mail Online, noting that government control over certain production of goods has actually contributed to higher prices.

Muhammed said protection of workers is key. The government must find a way to protect them in the event of retrenchment. A BNM study showed only six per cent of Malaysians can survive a retrenchment beyond six months. 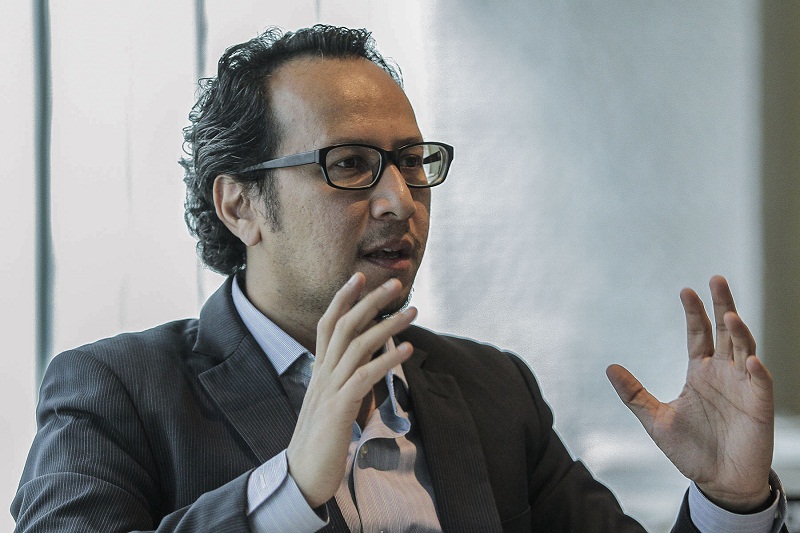 He suggested that an unemployment insurance, funded by both employers and workers, be introduced. Yin proposed stimulus projects, direct cash transfers that are political or cost reductions.

But these are short term solutions. For a sustainable long term solution, fairer pay for workers, meaning income that reflects productivity, is paramount, economists, lawmakers and some government leaders have stressed.

Yet political parties across the board have not made enough noise about how crucial fair and adequate wages are for the ordinary Malaysian, Yin noted.

The focus is instead placed on the cost of living alone, driving attention away from the wages families need to afford a decent and dignified lifestyle.

“If you look at survey data, Malay respondents especially complain about cost of living but not their wages. There’s a disjuncture and political parties and intellectuals haven’t done enough to educate the public that both issues are two sides of the same coin,” he said.