A cargo ship approaches the terminal at Port Klang, near Kuala Lumpur in this picture released May2, 2016. — Reuters pic
Follow us on Instagram, subscribe to our Telegram channel and browser alerts for the latest news you need to know. 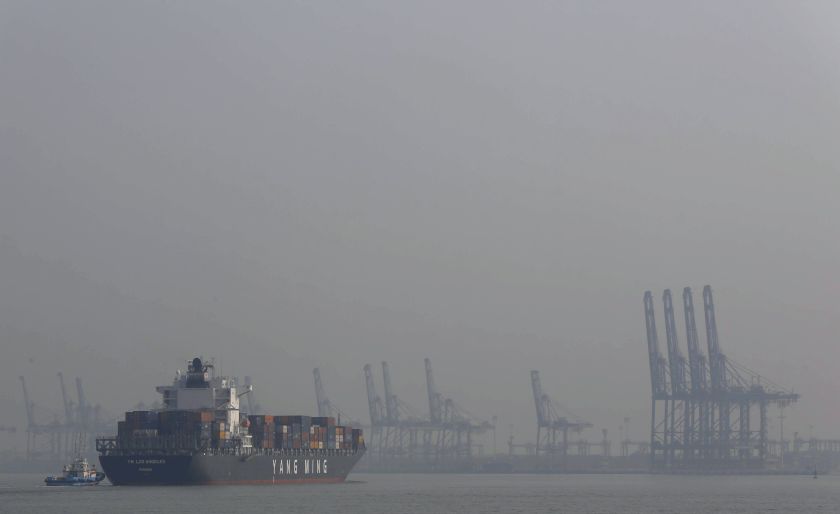 The Sage Sagittarius was a large carrier used to ship coal between Australia and Japan. — Reuters pic

SYDNEY, May 31 — Two Filipino seamen who mysteriously disappeared or died in separate incidents on a Japanese coal ship in Australian waters were killed, a coroner ruled today.

In 2012 Cesar Llanto, 42, chief chef on the Sage Sagittarius, vanished as it steamed to Newcastle on Australia’s east coast. Some 15 days later, chief engineer Hector Collado, 55, fell to his death from a deck.

“Mr Llanto was either thrown overboard or killed on the MV Sage Sagittarius and his body disposed of at a later time, by a person or persons unknown,” said coroner Sharon Freund.

Collado’s death was from “multiple injuries which I am satisfied he sustained as a result of being struck over the head by some kind of weapon or instrument by a person or persons unknown and then he was either thrown over the handrail outside the storeroom on the second deck or fell over the handrail to his death”.

“In my view it would be an extraordinary coincidence if the person(s) who caused Mr Llanto’s death were not also responsible for Mr Collado’s death,” she added.

Less than a month after Collado was killed, a Japanese policeman investigating Llanto’s disappearance was crushed by a conveyor belt while the ship was docked in a Japanese port.

His death was outside of the NSW coroner’s jurisdiction but was a consideration in the investigation of the other men.

The Sage Sagittarius is a large carrier used to ship coal between Australia and Japan. At the time of the incidents 25 crew were aboard, all Filipino men.

Freund found a culture of bullying and mistrust aboard the vessel, describing the leadership of Captain Venancio Salas Junior, who sold guns to crew members, as “unorthodox”.

The captain admitted assaulting one seaman who had been regularly humiliated for being gay.

The inquest said it was hampered by the crew’s reluctance to speak out, fearing for their safety or jobs.

“The crew where aware that the police interviewing them could not offer them any adequate protection if they either returned to the vessel or returned to Manila,” the coroner said.

“It is abundantly clear from the evidence gathered for this inquest that a number of crew members did not disclose everything they knew to authorities.”

Freund made several recommendations, including establishing a joint group of national and state police and maritime authorities to better investigate crimes on foreign vessels.

The findings will be handed to Japanese police to help their probe into their officer’s death. — AFP

Biden heads to Japan after warning on North Korea threat