BALTIMORE, May 1 — Six Baltimore police officers will face criminal charges, including second-degree murder and manslaughter, in the death of a black man who was arrested and suffered a fatal neck injury while riding in a moving police van, the city’s chief prosecutor said today.

Prosecutor Marilyn Mosby said Freddie Gray, who died a week after his April 12 arrest, was in handcuffs but otherwise was not restrained inside the van. The officers failed to provide medical attention to Gray even though he asked for help on at least two occasions.

Gray’s death has become the latest flashpoint in a national outcry over the treatment of African-Americans and other minority groups by US law enforcement.

After a night of rioting in Baltimore on Monday, protests spread to other major cities in a reprise of demonstrations last year set off by police killings of unarmed black men in Ferguson, Missouri, New York and elsewhere.

Warrants have been issued for the arrest of the officers charged, Mosby said at a dramatic news conference in front of a city office building across from Baltimore City Hall. In addition to murder and manslaughter, charges include assault, misconduct and false imprisonment. 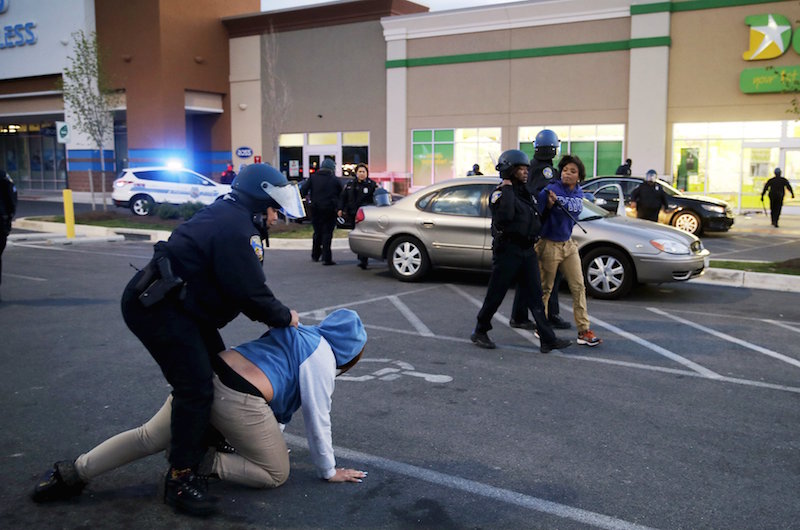 Baltimore police officers tackle and arrest looters after they emerged from a 'Deals' store with merchandise during clashes between rioters and police in Baltimore, Maryland, April 27, 2015. — Reuters pic 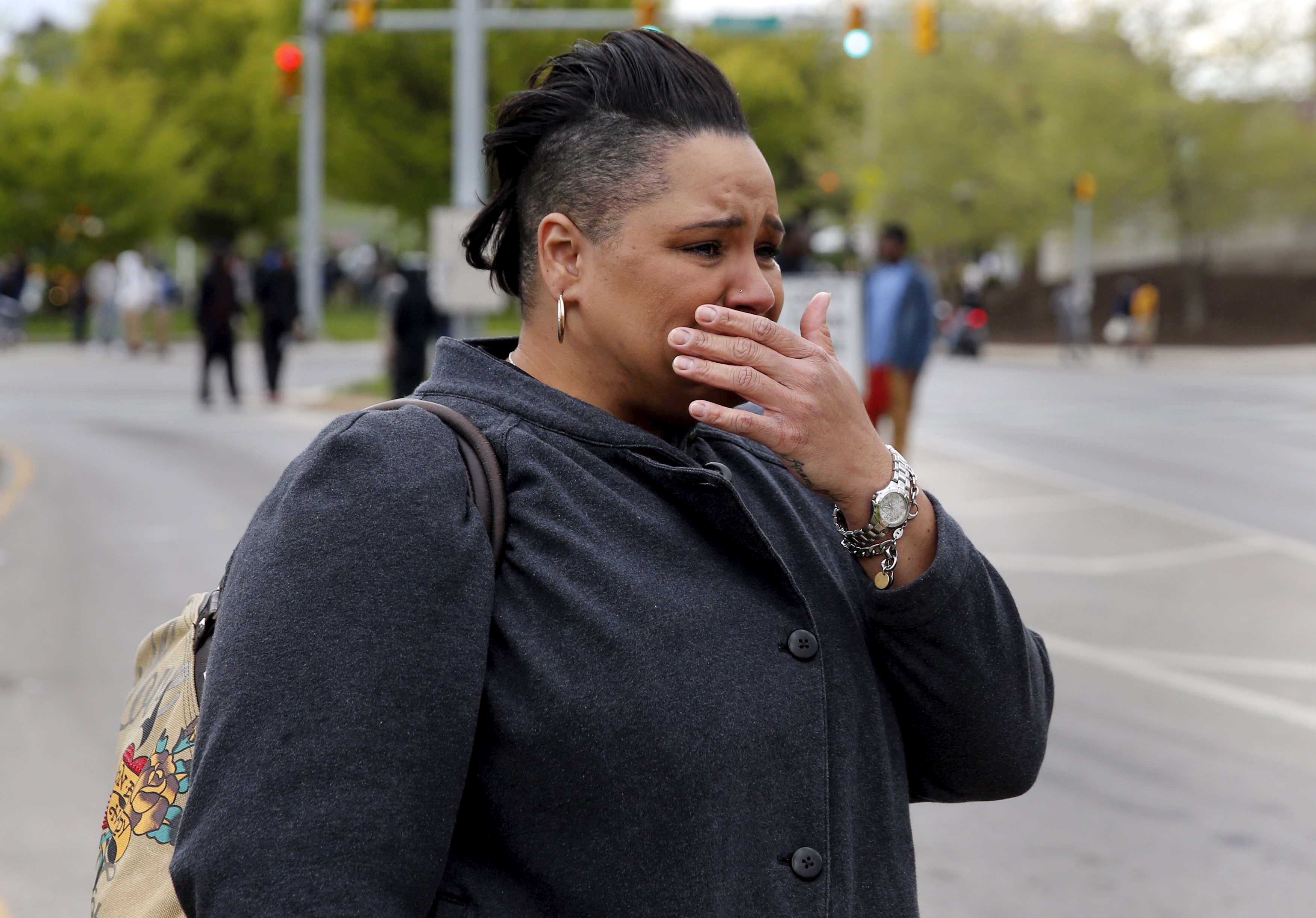 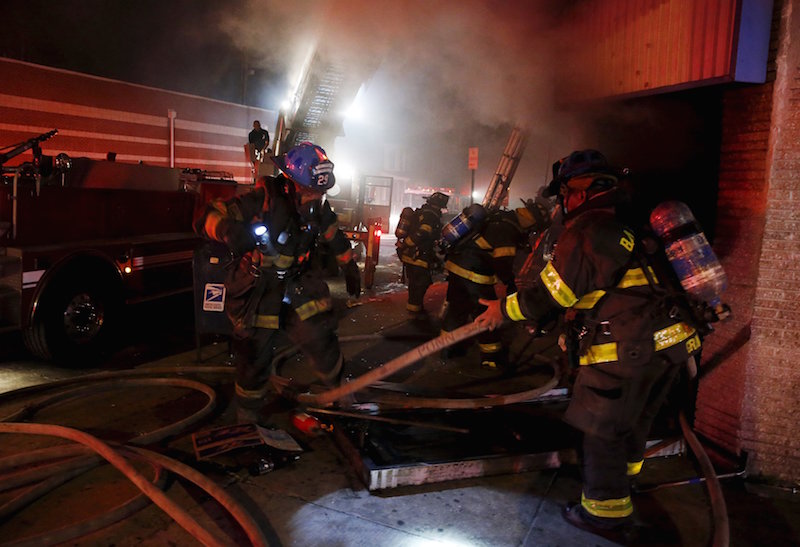 A rioter screams from atop a burning car during clashes in Baltimore, Maryland, April 27, 2015. — Reuters pic 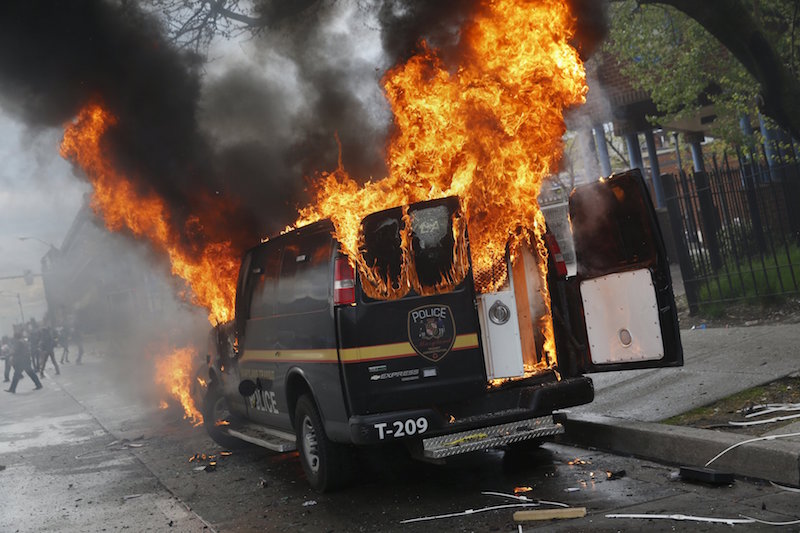 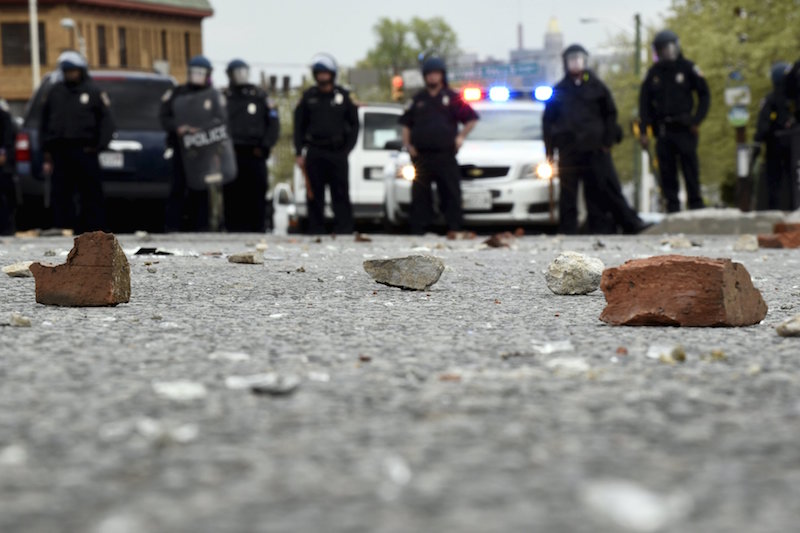 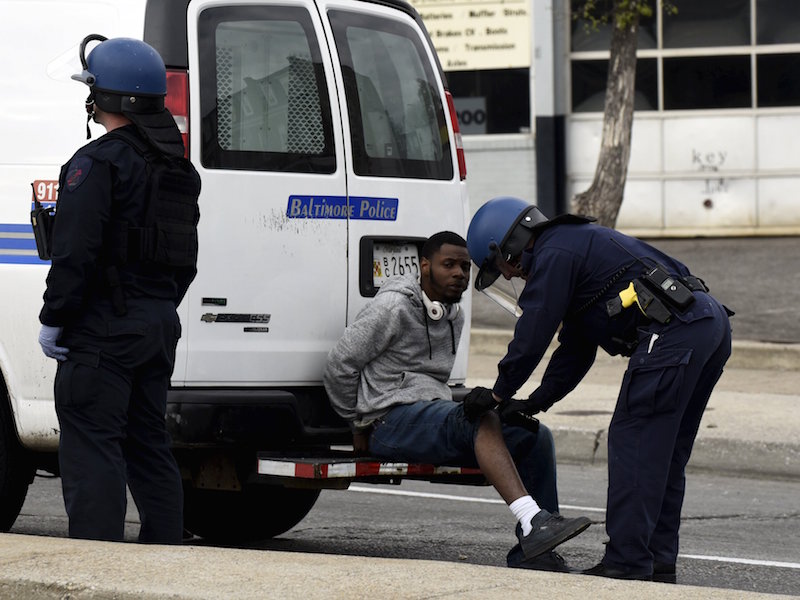 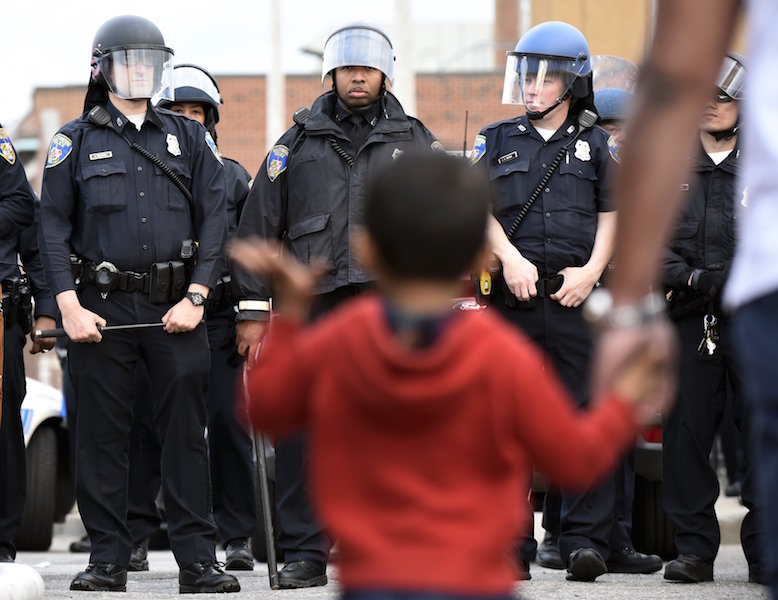 Representatives for the police union and Gray’s family were not immediately available for comment.

“We put all our resources to make sure we were pursuing and leading where the facts took us in this case, which was to pursue justice,” Mosby said, a day after the Baltimore Police Department turned over findings from its internal investigation.

Mosby said the Maryland chief medical examiner ruled Gray’s death a homicide. The 25-year-old Gray was no longer breathing when he was finally removed from the van, Mosby said.

A crowd of people who gathered to listen to the prosecutor’s announcement broke into applause and drivers honked their car horns after she finished speaking. Some of the onlookers chanted: “Justice!” “Justice for Freddie!” “Thank you Ms Mosby.”

“The people of America give me hope. People like this district attorney give me hope,” said Jay Morrison, a youth leader who attended the news conference.

Mosby, a 35-year-old African-American who took office in January, is facing the biggest test of her short career in deciding to bring charges against the officers.

In Ferguson and New York last year, grand juries decided against charging officers who were involved in the deaths of two unarmed black men. The news triggered rioting in the St. Louis suburb and days of protest marches in New York and other cities. — Reuters