JULY 29 — Selangor is a hub of development; the gateway to Malaysian exports and the most developed state in the country.

For 50 years since the settlement started, it has been a 200-metre trek to the source — a river nearby.

Just a 40-minute drive from Kuala Lumpur is Kampung Sungai Tekali, a small kampung of approximately 300 households in Hulu Langat.

This place is around 20 minutes away from Pekan Batu 9, Cheras. However, treated tap water is quite literally “liquid gold” for the residents in this settlement.

Though the governing water bodies in the area (which ranged from Syabas to Air Selangor) have attempted to rectify the problem, they were faced with challenges time and time again due to its high geographical altitude which requires water pipes to sustain a higher pressure for the water to reach the homes.

Due to the inconsistent water supply, the residents have resorted to using water from a nearby river as their main water source. This is worrying as the river likely contains high levels of ammonia and E. coli. The current development around the area also has polluted the river turning its clear water to a murky brown resembling our morning teh tarik.

One would think twice before using that water, but for the residents of Kampung Sungai Tekali, it seems as if it is the only viable option. Water related issues like these are not exclusive to Kampung Sungai Tekali as we have seen with the water crisis around Klang Valley. 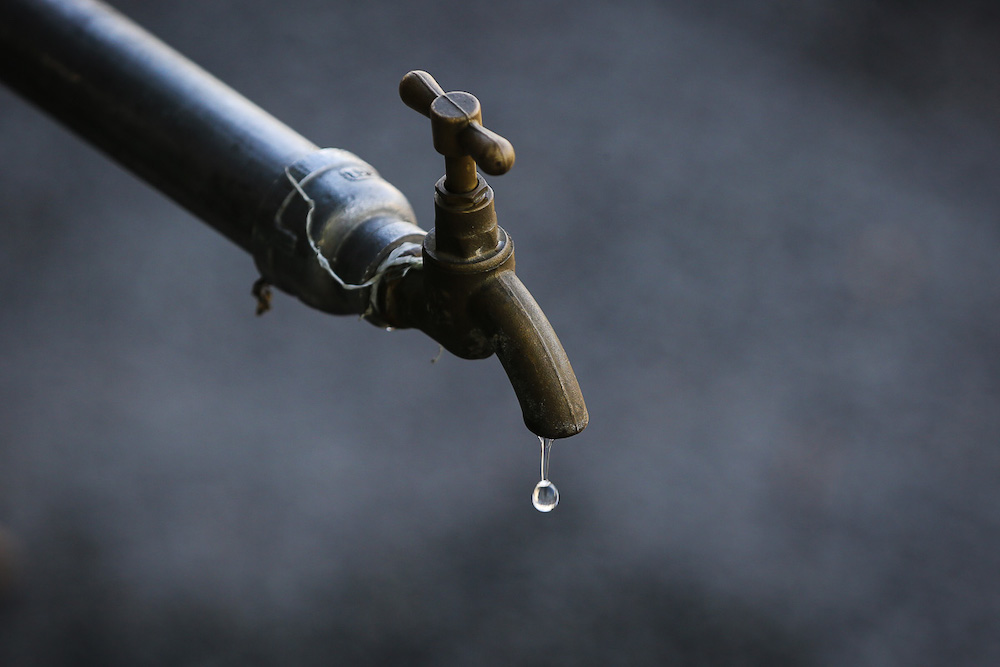 Looking at it from a broader perspective, all water crises in our country stem from the fact that we have just enough water to get by, especially in densely populated areas like Selangor, Kuala Lumpur and Putrajaya, where there is a water reserve margin which is close to zero.

(Water reserve margin refers to the difference between the production capacity and usage of water in a certain area.)

“That is an indication that the system is failing,” said S. Piarapakaran, from Association of Water and Energy Research Malaysia (AWER).

According to him, the water crisis especially in July last year in parts of Selangor is an indication that the issue has a deep-rooted problem, all due to the fact that Malaysia is not preparing well to meet the water demand of its people years before a crisis takes place.

“The west coast (at that time) received a lot of rain, but further in it was very dry. And usually the water demand increases and you will see pockets of water disruptions in areas like Cheras, Seri Kembangan.

“If the system has enough reserve margin, it’ll be able to meet the demand. If it’s not meeting demand, then pressure is dropping, it means that your demand is actually superseding supply,” he added.

It does not help that Malaysia is among the countries with the most affordable water prices in the world.

Visualisation: Price of a 1.5 Litre Bottled Water in Various Countries

That being said, with the cheap water comes the tendency to waste it.

The United Nations had recommended through the World Health Organization (WHO) that the daily water consumption per person should be at an average of 165 litres per day.

However, Malaysians, on average, consume over 200 litres per day. This is significantly more than the average daily water consumption of our neighbours, Singapore and Thailand, whose people use an average of 150 and 190 litres daily respectively.

We desperately need to reduce water wastage, especially now with the dry spells and an ongoing pandemic. Institutions such as SPAN and Air Selangor have come up with initiatives in the past in order to reduce water consumption but their attempts have proved unsuccessful.

This is an alarming trend because we have seen that the water supply increases at a slower pace as compared to its demand that shoots up tremendously.

Our tiny water reserve margin is not reassuring and the fact that efforts such as Langat 2 in Selangor are being delayed,  is using up the luxury of time that we do not have.

If this situation continues, we might need to rely on other sources of water.

Dr Xavier Jayakumar, the former Former Minister of Water, Land and Natural Resources, suggested the use of underground water as a cheaper alternative to the cost-ineffective treatment of river water.

Not only is underground water good for increasing our national water supply, but it is also proven to reduce the impact of drought in urban, as well as, rural areas.

At present, hardly three per cent of the current water used in Malaysia comes from underground water, as only a handful of states in Malaysia are utilising this water source.

The reason why the opportunity to use underground water is not seized is because with this solution comes issues and challenges.

Because underground water is rarely used in Malaysia, it is not appropriately evaluated. This poses a challenge to the management and usage of this water source.

Another challenge that may arise is on the legal and administrative procedures in the management of this water source. Issues such as licensing requirements, scheming and creating water protection zones, all fall under this category.

Hopefully, implementation of laws and policies may help overcome these issues. Selangor has its own Water Management Authority Enactment 1999 (Enakmen Lembaga Urus Air Selangor 1999) that governs the management of water resources, river basin and coastal waters in the state.

We should focus on assessing the quality and quantity of underground water in all states and using it sparingly and only where necessary as not to cause wastage, pollution or exploitation of this water source.

This underground water source has the potential to be a supplementary or alternative to our current water source, which is surface water.

If and when this happens, there should be better management of this water source so as not to end up being polluted, exploited or depleted much like our current water source.

To do this, there should be an organisation or institution set up to create, co-ordinate and implement policies regarding the usage, management and conservation of underground water to ensure its sustainability.

With dry spells and the Covid-19 virus in our midst, water has never been more valuable. As we struggle to keep within the UN recommended water usage, alternative and supplementary water sources should be sought.

Underground water is a great choice but the issues and challenges that come with it should be looked into and resolved to ensure a smooth transition to its usage where necessary.

Maybe there is hope for the residents of Kampung Sungai Tekali in the form of underground water after all.

* This article was written as part of the Kiniacademy Investigative Journalism program. For more on this story, listen to the podcast at https://fijiasia.com/2021/07/02/air-dan-selangor-ada-masalah-ke/