FEBRUARY 10 — The Consumers Association of Penang (CAP) urges the government to take urgent measures to control the prices of laptops and tablet computers which are desperately needed by students for their online education, which has been badly affected since mid-March 2020.

It is the responsibility of the relevant authorities to ensure that there is no profiteering with the surge in demand for these items in Malaysia.

The current rise in prices of these equipment was attributed to a shortage in stock and an increase in logistic costs from the producing country.

It was reported that a branded affordable tablet that cost RM399 before MCO 2.0 is now priced at RM599, an increase of 25 per cent!

The reason given is unacceptable. The manufacturers of these items, which are large corporations, should lower their profit margin as part of their social responsibility in these trying times. Retailers

should not take advantage of the temporary shortage to hike up the prices to make unjustified profits.

The authorities should have foreseen the problem and taken proactive measures to ensure there is enough supply, as it is almost a year since the MCO 1.0 was implemented.

The allocation of this sum of money alone will not solve the difficulties faced by children in getting education. Other associated problems must also be addressed.

According to a Ministry of Education (MoE) survey in March 2020, there were serious limitations concerning online teaching and home-based learning.

Only 6 per cent of the students surveyed had personal computers and tablets; 9 per cent had laptops; and 46 per cent had smartphones while 36.9 per cent did not have any devices. 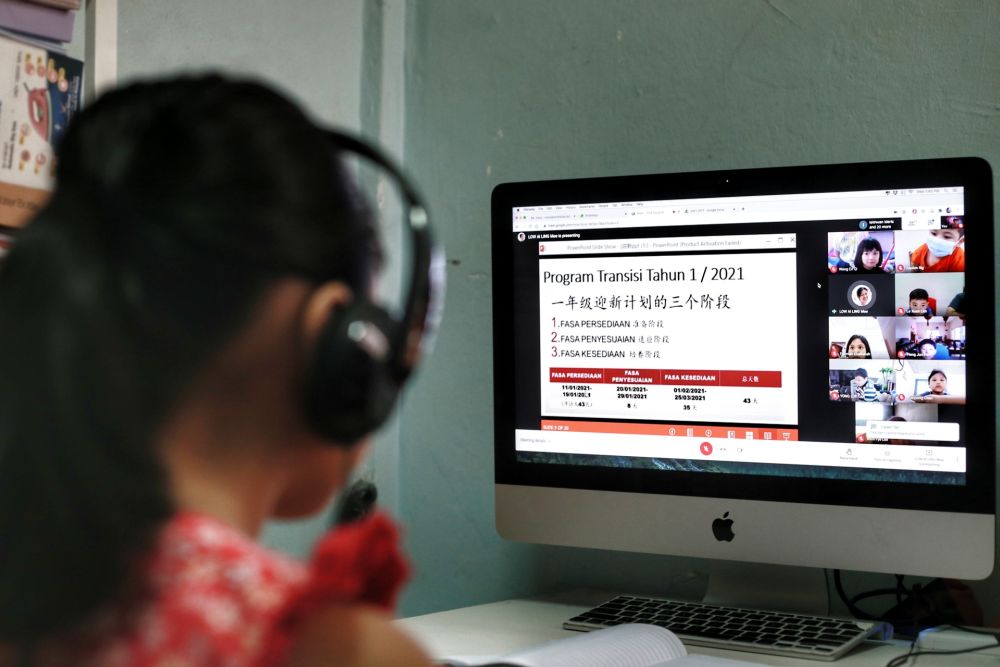 Even then there are about 4.9 million students in pre-, primary and secondary schools nationwide and the 150,000 laptops and tablet computers will be sufficient only for 3 per cent of the student population.

This excludes those at tertiary levels whom we cannot assume are rich to afford such hardware.

Even if the computers and other equipment are made available, there is still the problem of poor internet service. It is often touted that Malaysia has high-speed internet but there are places where the internet is intermittent or slow.

The government has to take internet service providers to task in ensuring that coverage and transmission speed are up to acceptable standards.

The prices and supply of laptops and tablets should be closely monitored and regulated because of the increased demand generated by the education sector, and the business sector which is switching over to cashless transactions.

If laptops and tablets are not easily available, then the government should not proceed with education online and consider alternative methods.

School classes can be held on alternative days for core subjects with reduced batches of students.

Children who are in the vulnerable category can have home schooling. Retired teachers who are fit to work can be mobilised for this purpose.

We call upon the government to speed up the distribution of laptops and tablet computers as many students have been deprived of education for almost a year. The internet services must be improved and made available throughout the country. Where this is not possible, for example in the interior region, other arrangements must be made to educate the children.