MAY 30 — As we celebrate Parents’ Day this Saturday, let us do right by parents and support laws that safeguard their rights in the workplace.

We all know how challenging it is to raise children while juggling the demands of work. And the balancing act is even tougher for parents who are not only working and raising children, but also caring for elders.

The challenges that parents face go beyond balancing multiple roles; many parents also have to contend with discriminatory perceptions of their capabilities in the workplace. A WAO survey showed that over 40 per cent of pregnant women had faced discrimination in the workplace — they were made redundant, denied promotions, placed on prolonged probations, demoted, and terminated.

Additionally, a landmark study by researchers at Cornell University found that mothers are perceived to be less competent and committed than women without children — even when they have similar credentials. This is known as the “motherhood penalty”.

Future parents are also not spared from discrimination. About 40 per cent of women whom WAO surveyed said that interviewers had asked whether they were pregnant or had plans to become pregnant in the future. Interviewers also frequently ask women about their marital status during hiring.

In contrast, interviewers are far less likely to ask men about their marital status or plans to start a family. This highlights how many see caregiving as primarily “women’s work”. Such notions not only discriminate against women, but also discriminate against men who share in caregiving responsibilities and may also require paternity leave or flexible work arrangements. 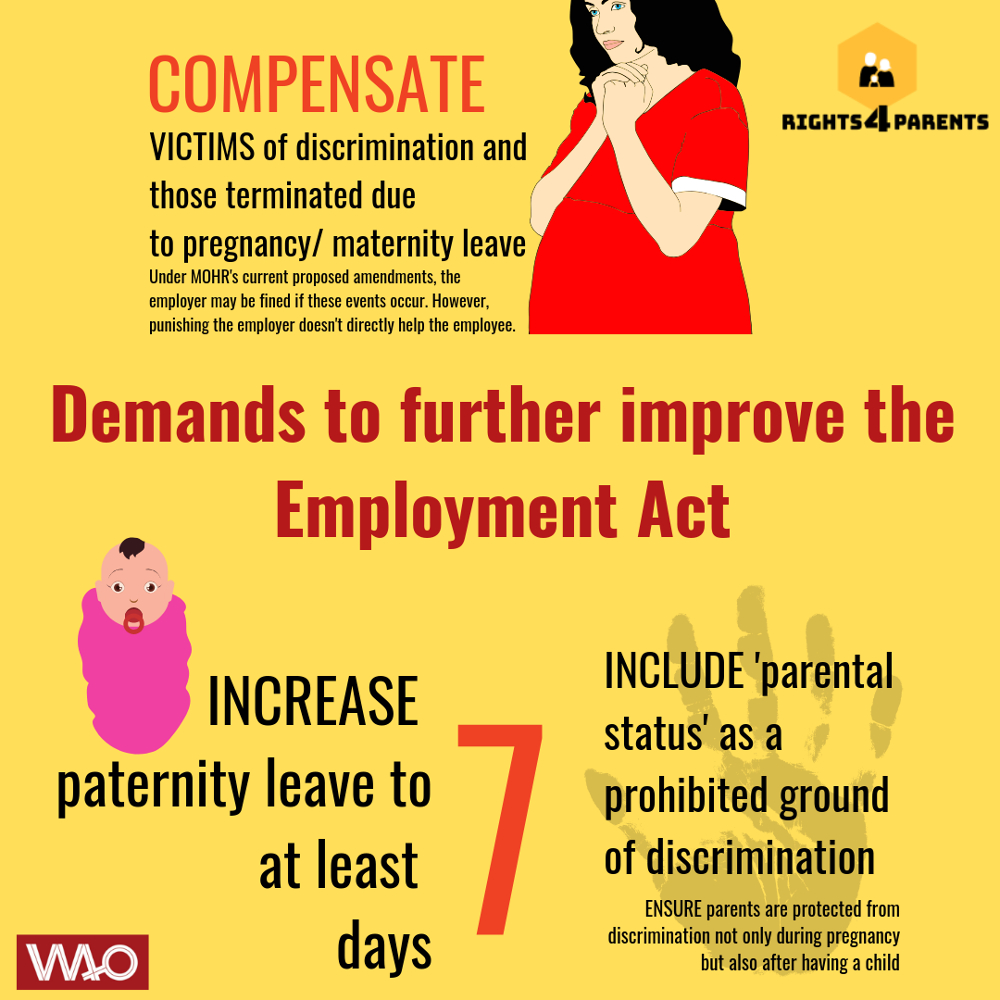 Pass the proposed amendments to the Employment Act

Clearly, parents and parents-to-be deserve better support and protection against discrimination in the workplace.

Firstly, employees and job-seekers will be legally protected from discrimination on the basis of pregnancy, marital status, gender, race, religion, disability, and language.

Secondly, employees will be legally protected from termination due to pregnancy.

Thirdly, maternity leave will be extended from 60 days to 98 days, while fathers will receive three days of paid paternity leave. The introduction of paternity leave is a step forward in recognising caregiving as a shared responsibility, and this helps promote gender equality at home and at work.

Fourthly, employees can request for flexible work arrangements, subject to their employers’ approval.

Improve the amendments to the Employment Act

These amendments can also be improved to further strengthen parents’ rights in the workplace.

Firstly, “parental status” should be included as a prohibited ground of discrimination, in addition to pregnancy, marital status, and gender. This ensures that parents — both mothers and fathers — are legally protected from discrimination, not just during pregnancy, but also after they have children.

However, punishing the employer doesn’t directly help the victim, especially if the victim has been affected financially due to loss of employment. Hence, the law should also allow for compensation.

Thirdly, paternity leave should be extended to at least seven days, which is what fathers in the public sector currently enjoy. As a comparison, in Singapore, fathers are entitled to 14 days of paid paternity leave.

This Parents’ Day, let us commit to protecting and supporting parents in the workplace. They deserve no less. 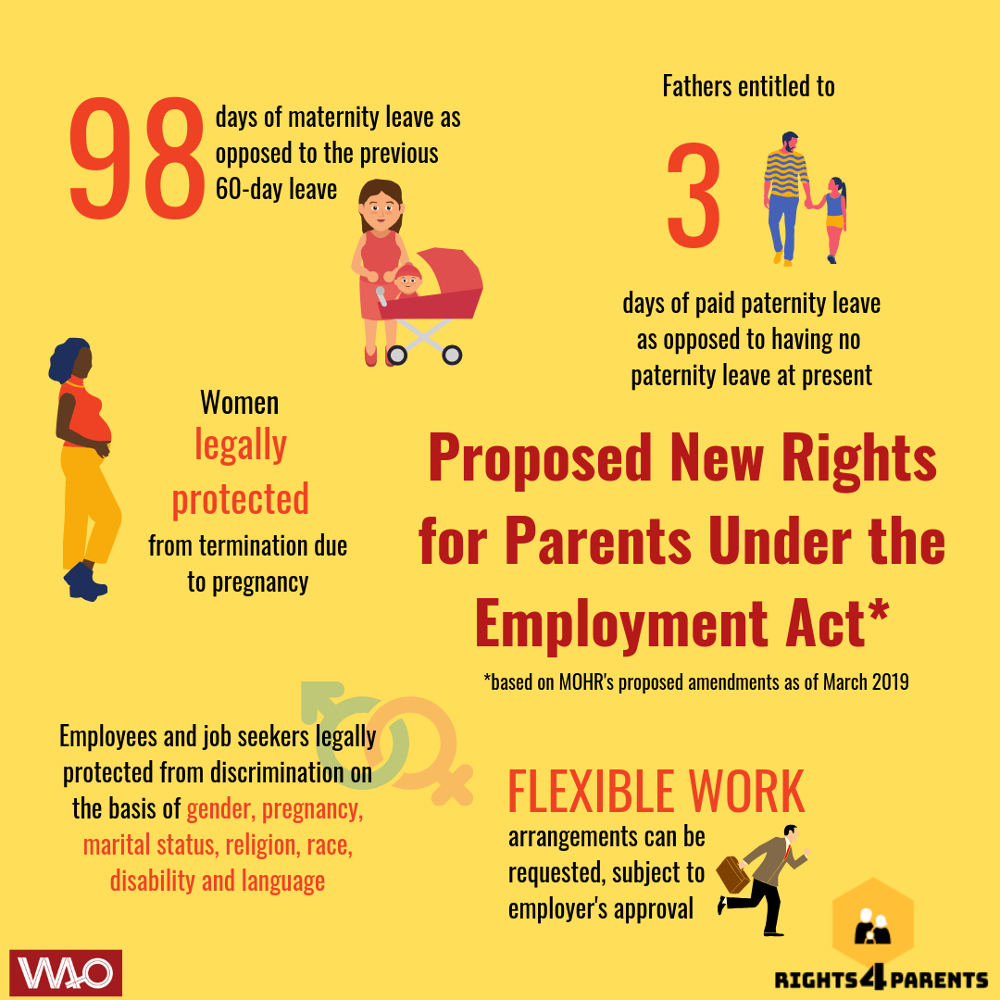