FEBRUARY 16 — MARA is one of the most important and respected institutions in Malaysia. Since its formation in 1966, it has helped countless thousands of Bumiputera succeed in business and industry. But has MARA adapted enough to remain relevant and effective today? Sadly, I don’t think so.

I say this because MARA seems more interested in protecting Bumiputera from the world than letting them compete in it. This is a recipe for stagnation and backwardness. Take the MARA Digital Mall, for example — it was set up as a Bumiputera alternative to Low Yat Plaza. What exactly has it achieved?

Because it was created and promoted as a platform for Bumiputera IT traders, non-Bumiputera customers have largely stayed away, choosing to shop at Low Yat instead. How are Bumiputera traders supposed to survive — let alone thrive — when their customers are only limited to one race?

I recently paid a visit to the MARA Digital Mall in Kuala Lumpur and found the traders to be demoralised. Many shops had stock shortages, confirming what traders told online news portal Free Malaysia Today last December. If you want to buy anything, you will have to pre-order in advance. Rather serve as a vehicle for Bumiputera empowerment, the mall may well turn out to be an embarrassment to Bumiputera entrepreneurs.

He correctly bases this on long-standing government policy. Because UniKL is a private institution of higher learning rather than a public one, it is allowed to recognise the UEC.

In recognising the UEC, Annuar saw an excellent opportunity to grow UniKL, expand the diversity of its students, and give it an international outlook. Sadly, the rest of MARA disagreed with him, including the minister who oversees the institution — Datuk Seri Ismail Sabri Yaakob. Annuar has the right idea, but he got into trouble for speaking it.

How can MARA advance the cause of bumiputeras if MARA leadership can't even see or comprehend the bigger picture?

They need to realise a few things. UEC recognition will allow us to keep talented Chinese-educated students in the country instead of having them leave for places like Taiwan and Singapore. Also, it will boost race relations and national unity because campuses will have students of different races and backgrounds.

It would not make sense to reject the UEC when prestigious universities around the world — from Australia to the UK to the United States — recognise it. The UEC is accepted at Harvard, Yale, MIT, Oxford, and Cambridge. If these are considered role models in education, then why shouldn't UniKL follow in their example?

But as you can see, there is something wrong with MARA. From business to education, it seems to be making all the wrong moves. It needs to have more faith in Bumiputera. Bumiputera cannot flourish or advance themselves in spaces closed off to other races and cultures.

MARA must recognise that Bumiputera are not just competing with other Malaysians, but also the citizens of the world. It must lead, not stubbornly cling to the old ways.

* This is the personal opinion of the writer or publication and does not necessarily represent the views of Malay Mail Online. 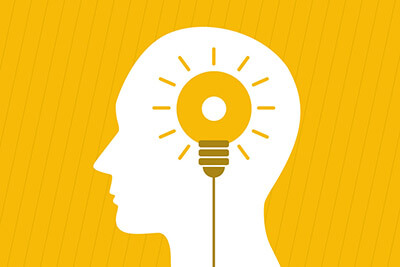