Being humans, no two judges are alike. Some judges make it a total pleasure to appear before them right from case management to conclusion of trial. These judges are friendly, courteous, systematic and understanding of the constraints litigation lawyers face. Some other judges may be considered as difficult for various reasons. There are also judges who are mostly silent on the bench. You will not know what they are thinking while some others, you wish they will not speak so much. All this is normal as human beings are prone to idiosyncrasies, prejudices and making mistakes.

If the lawyer has never appeared before a certain judge, I find case managements are a good time to understand the kind of judge you will be facing. I believe judges also use the same time to assess the lawyers. It is like some legal “dating” before the trial begins. 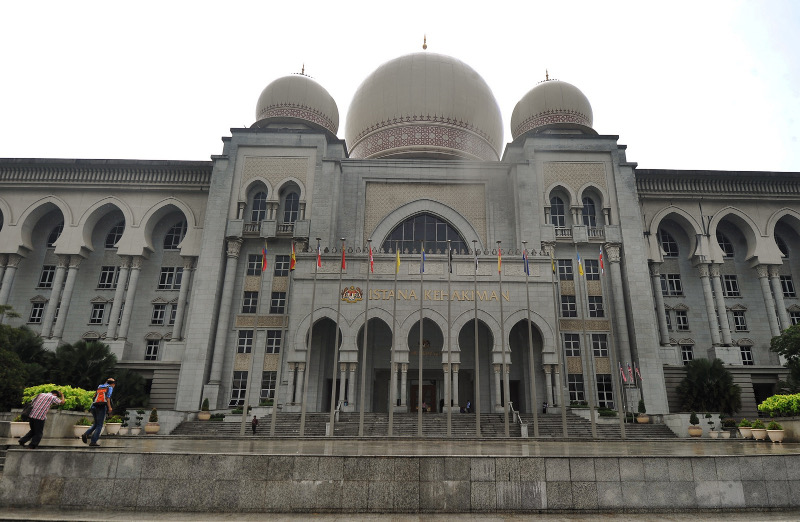 The writer advises young litigation lawyers to learn more about the judges handling their cases so they go to trial better prepared. — Picture by Azinuddin Ghazali

It is an accepted principle in the legal process that it is possible for a judge to make mistakes in evaluating evidence and therefore, make the wrong decision. Hence, the appeal process. This is common in litigation.

The litigation lawyer has the duty of advancing his client’s interest and legal position. Sometimes, you may be faced with a difficult judge whom you find to be interfering too much with your cross- examination, for example. Trials by nature can be quite stressful and it is possible for us to get carried away by emotions. It is always helpful to remain calm as it is when you are calm you are able to formulate the correct sentences and remain focused on your client’s interest. If you feel the interference is unwarranted, it is important you respectfully get everything on record so that on appeal, you will appear courteous, sincere and reasonable.

It is critical that litigation lawyers remain professional and courteous even when they may be annoyed as succumbing to annoyance may worsen the situation. While it is critical the trial lawyer should hold his ground on matters that concern the interest of his client, it is pointless to argue with the judge. Quarrelling with a judge in open court is completely unprofessional and embarrassing for everyone. Judges, too, generally avoid unnecessary arguments with trial lawyers as it may diminish their own reputation.

Sometimes, during trials, it is common for lawyers and judges to get into a heated argument about the law or what is permissible under the Evidence Act. Sometimes, it may concern the nature of the question the trial lawyer wants to ask or his style of asking the question which the judge may not approve. All these are common court drama. I have experienced some wise judges stand down to let matters cool down and sometimes, invite the lawyers into chambers to discuss the matter. Judges are experts at maintaining impartiality or at least the appearance of impartiality and seasoned trial lawyers are experts at managing their emotions quickly or at least the appearance thereof.

One of the important ways of managing the judge is to come for trials prepared. The easiest way to annoy a judge is to appear before the judge unprepared or shoddily prepared for your case. In this regard, extensive pretrial preparations are important such as finding out how the judge likes the bundles or exhibits to be prepared, the witness statements to be read or deemed read and so on. Knowing the legal angle of your client’s case and also being peremptorily prepared for possible questions by the other side or even the judge is useful as this may earn the judge’s respect.

I know it is instinctive for trial lawyers, who make a living by arguing, to automatically argue or rebut a position the judge takes which is contrary to his. I find this is not a useful approach. I often advise my own legal team to never behave defensively with a judge. It is important for trial lawyers to concede when they are wrong or make a concession when it is not particularly important for their client’s case. In other words, the trial lawyer should always keep his ego carefully locked up in his briefcase.

While I have experienced one or two judges who had given me a difficult time in my early years of practice, I find it distasteful when I hear some lawyers say they lost the case because the judge does not like them. Being in practice for many years, I know this is untrue and cannot be true.

Firstly, the judge has better things to do than to invest his personal feelings in a trial lawyer. Secondly, the judge is always mindful he has to legally justify his decision and hence, the judge would not jeopardise his career to spite a lawyer.

As long as trial lawyers remember judges are human beings and that they themselves have a duty to present their case professionally and as efficiently as possible, I believe it will be a reasonably pleasant day in court notwithstanding the stress of a trial.

* Jahaberdeen is a senior lawyer and founder of Rapera, a movement that encourages thinking and compassionate citizens. He can be reached at [email protected]

** This is the personal opinion of the writer and does not necessarily represent the views of Malay Mail Online.