They scored full points after the hashtag #PresidenFAMsilaletakjawatan (FAM president, please step down) took the top spot on topics trending in the country. It even topped the globally trending #CelebritiesIWantToSeeNaked yesterday morning.

“I didn’t know it was trending until yesterday morning. I was surprised but later figured it was what everyone wanted.”

“We are not an official movement but I am glad it was well received by many. We hope there would be changes in FAM as we don’t plan to only make waves on social media.

He said the hashtag was created months ago but he did not expect it to go so far. 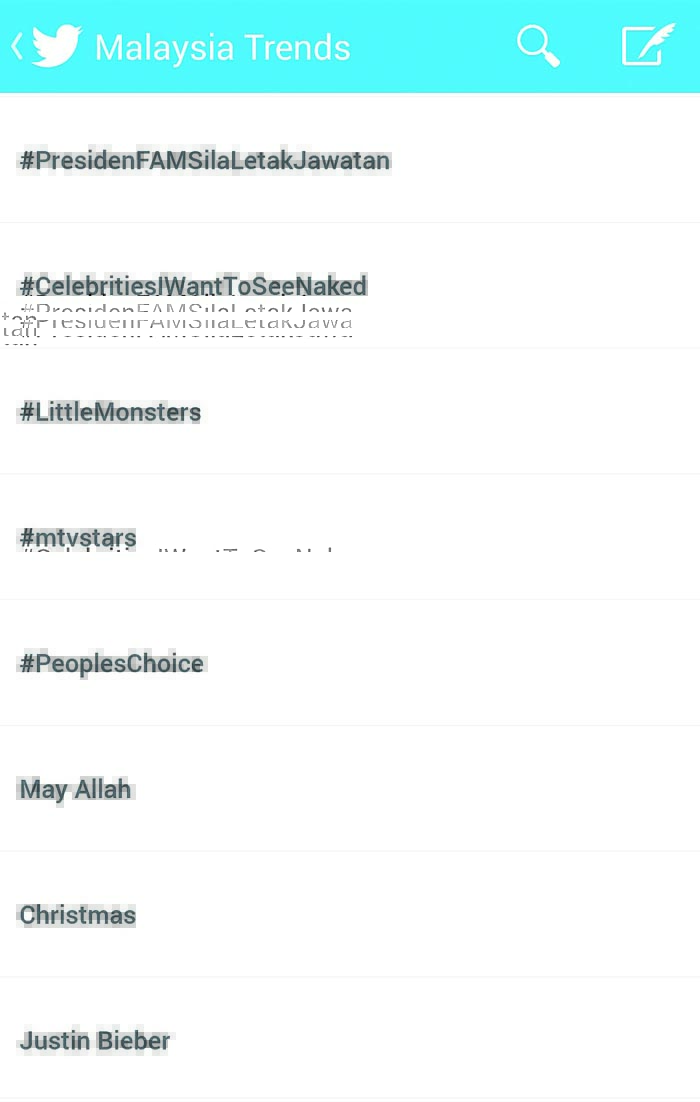 “The group was formed in 2009 after we won the SEA Games in Jakarta. This shows we are not being bitter about losing. We want Malaysia to be a formidable side in Asia as well, not just this region.”

Meanwhile, FAM general-secretary Datuk Hamidin Mohd Amin refused to elaborate on the topic but said “the fans have their right to voice their grouses on Twitter or Facebook”.