Shah Rukh Khan takes a selfie with the sea of fans gathered at his home Mannat in Mumbai. — Picture from Instagram/ iamsrk
Follow us on Instagram, subscribe to our Telegram channel and browser alerts for the latest news you need to know.
By PRIYA KULASAGARAN

PETALING JAYA, May 9 — Bollywood superstar Shah Rukh Khan made a special appearance to hundreds of fans gathered outside his home in Mumbai for Hari Raya last week.

How lovely to meet you all on Eid…. May Allah bless you with love happiness and may the best of your past be the worst of your future. Eid Mubarak!! pic.twitter.com/zsxyB783gR

Shah Rukh Khan, popularly known by the moniker SRK, tends to wave to fans from his balcony every Hari Raya. 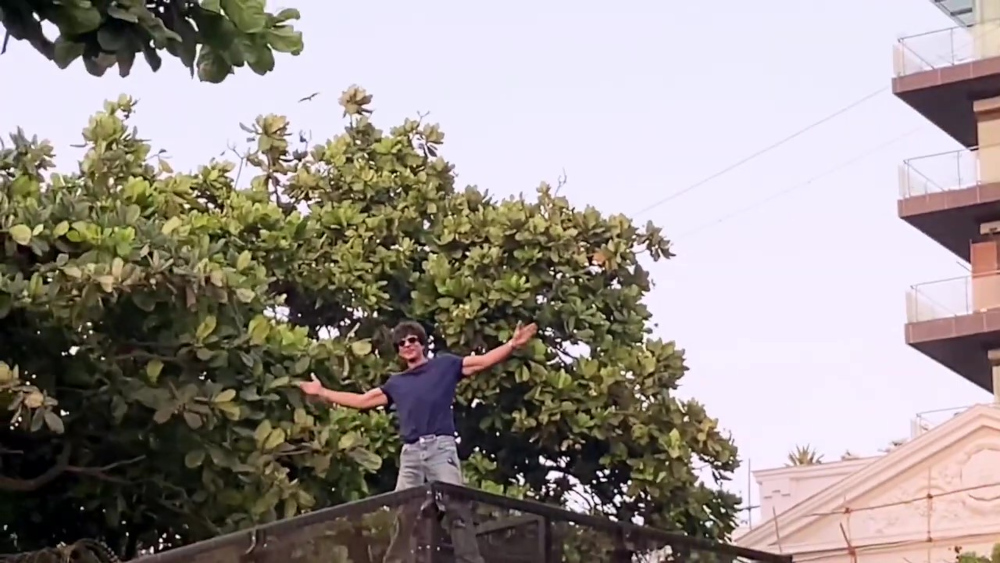 He has avoided doing so for the past two years due to the pandemic.

With gathering restrictions lifted in Mumbai, a sea of people showed up at SRK’s Mannat home in hopes of catching a glimpse of the star.

Fans were delighted when SRK not only showed up to wave hello and blow kisses at them, but also to take selfies with the crowd. Posting the photos on social media, SRK commented: “How lovely to meet you all on Eid…. May Allah bless you with love, happiness and may the best of your past be the worst of your future. Eid Mubarak!!”

His manager Pooja Dadlani also took to Instagram with a slightly dizzying video that captures the scale of the festive crowd cheering on the star.

The Hindustan Times reported that the crowd was large enough to disrupt traffic in the area.