Snyder said ‘Army of the Dead’ had budgeting issues and Warner Bros. wasn’t keen on the project which led to its delay. — Picture courtesy of Netflix
Follow us on Instagram, subscribe to our Telegram channel and browser alerts for the latest news you need to know.
By MELANIE CHALIL

KUALA LUMPUR, May 11 — More than a decade after director Zack Snyder came out with the idea for his bold zombie heist film Army of the Dead, the long-awaited action-packed project is finally coming to Netflix this month.

First announced in 2007, the movie spent years in development hell before it was resurrected by Netflix in 2019. 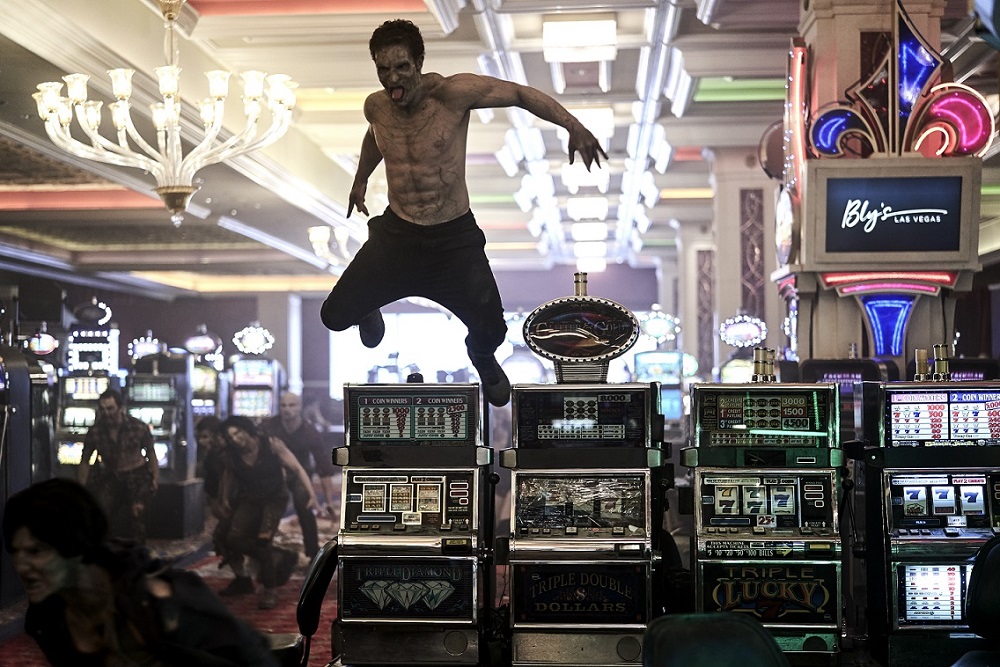 Snyder’s zombies are unlike any other fans of the genre have seen. — Picture courtesy of Netflix

At a virtual press conference ahead of the film’s premiere, Malay Mail asked the director about the 12-year wait and if he thought the film was ever going to be made.

The Justice League director said came up with the story right after his 2004 film debut, the remake of the horror cult classic Dawn of the Dead.

At that point, there were no plans for Snyder to direct the film but he collaborated with writer Joby Harold to work on the script.

“We had another director and then, we couldn’t get the budget right,” he said.

“We talked about it again later on and Warner Bros. didn’t want to do it again.”

All that changed after Snyder met up with Netflix and mentioned Army of the Dead as an idea he had.

“They were like, ‘That sounds amazing, go do that’.”

Despite having a completed script, Snyder told the streaming juggernaut he wanted to write the film from scratch as it wasn’t written for him to direct.

“If I’m the director, I kind of want to write it myself and so I got Shay Hatten to partner with me — we wrote the script and we went right away and shot it,” Snyder said.

“We wrote it pretty quick because I knew it really well.

“When we were finished, Netflix was like ‘This is really great, let’s go do it’ and that’s how it got to us where we are now.”

Army of the Dead centres around a group of mercenaries who take the ultimate gamble by venturing into a quarantine zone following a zombie outbreak in Las Vegas to pull off the greatest heist ever attempted. 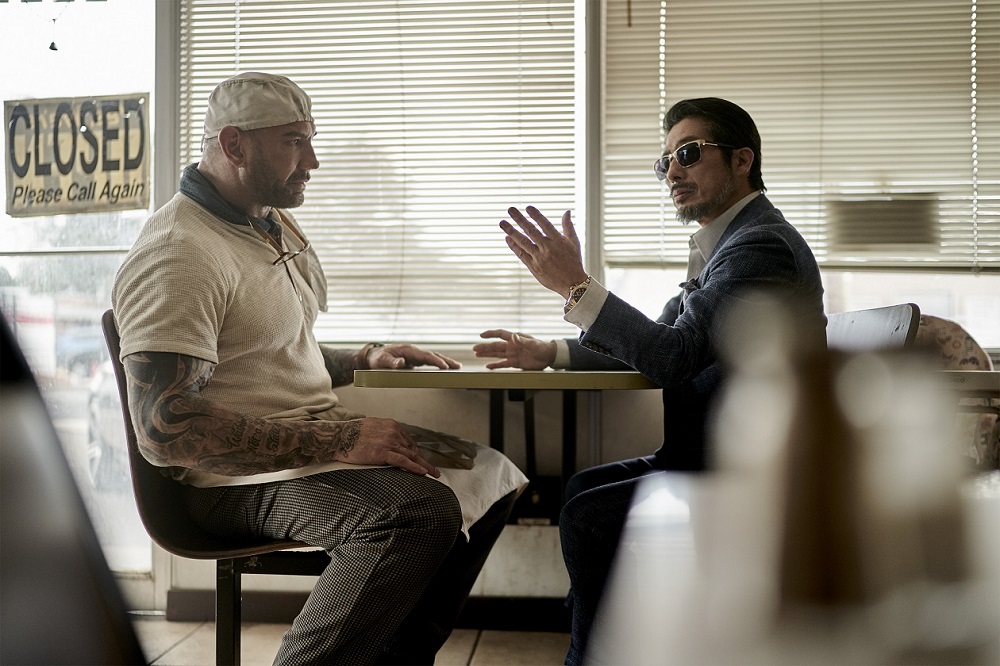 Actors Dave Bautista and Hiroyuki Sanada in a scene from the film. — Picture courtesy of Netflix

Fans of the genre only need to watch the trailer to know that Snyder’s living dead are not your typical zombies.

On top of the high-octane action, there are zombie tigers and horses, and the Wonder Woman 1984 producer takes things up a notch by making his zombies creatures who are capable of organising themselves.

“When I did Dawn of the Dead, it was based on another film and this is based on an original IP (intellectual property) so it’s really a chance for me to create a world.

“For me, to strike this world from scratch was really fun and I think for an audience, they’re going to get to go into a zombie world you’ve never seen before,” he added. 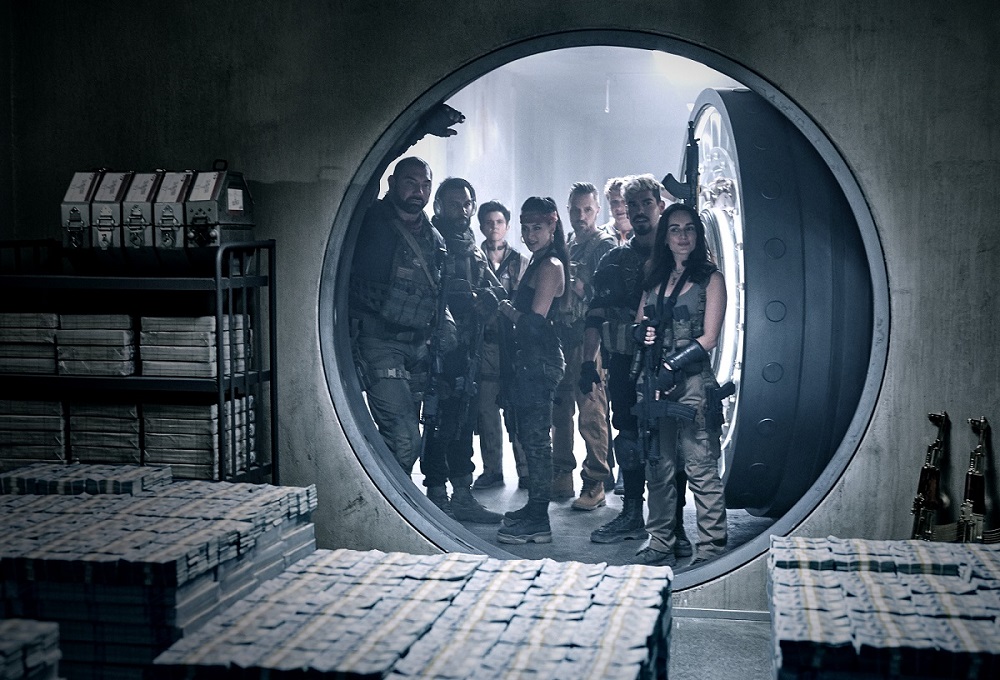 The action film follows a group of mercenaries who try to pull off the biggest heist in a Las Vegas casino during a zombie outbreak. — Picture courtesy of Netflix

An anime-style television series and film prequel that tells the origin story of the zombies are in the works to expand the universe.

Often used in popular culture to represent our fears and anxieties as a society, hardcore film analysts seeking to delve into the deeper representation of zombies will find plenty of discussion points in the film.

Snyder said he wanted the film to be custom-made for viewers of all kinds.

There’s a good dose of fun for those who want an exciting heist film and there’s also a father-daughter relationship which Snyder drew from his own experiences as a parent.

He added that one could write one’s master’s thesis about the zombie genre and how they socially represented humans using the film.

“Whether it be holding up a mirror to ourselves or how we interact in casinos or all of the different ways that the mythological comes through the zombies.”

Those looking for a political message befitting for the pandemic era also won’t be disappointed. 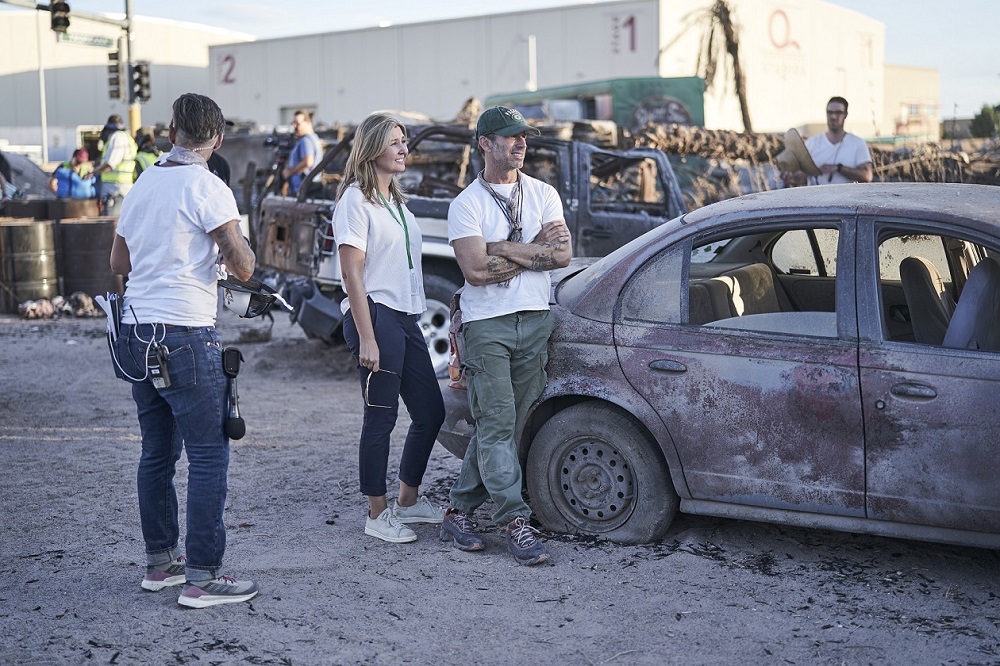 Snyder and his wife Deborah on the set of ‘Army of the Dead’. — Picture courtesy of Netflix

“If you want it to be political and you want to talk about ‘The Wall’ and the refugee camps and that whole other part of it, then that’s also a movie for you.

“It’s kind of bespoke to the viewer in that way,” Snyder said.

Army of the Dead starts streaming on Netflix from May 21.