JULY 24 — Sporting stardom is often attained through various means. Some athletes are born with god given talents that they simply excel at the highest level while others use grit, drive and determination to master their trade and make a name for themselves.

In other instances, fame comes as a result of fate.

Japanese star Hideki Matsuyama is one of those who will look back at his burgeoning career and acknowledge his rapid rise on the PGA TOUR includes a stroke of good fortune.

Some 10 years ago, he enjoyed a massive break by squeezing into the field for the 2010 Asia-Pacific Amateur Championship (AAC) in Japan only because an additional four spots were allocated to the host nation. This was on top of an initial six places afforded to the leading Japanese golfers on the World Amateur Golf Rankings.

If the tournament, launched a year earlier as a joint initiative to develop the game by the Asia Pacific Golf Confederation, the Masters Tournament and The R&A, was played in another country, the name ‘Matsuyama’ may not be all too familiar within golf’s circle today.

As it turned out, Matsuyama made full use of his opportunity and secured a five-stroke victory at Kasumigaseki Country Club. With an invitation to play in the Masters Tournament in 2011, he later emerged as the leading amateur at Augusta National to take home the Silver Cup, thus announcing his arrival on the global stage.

Matsuyama acknowledged his success at the AAC and Masters was “life changing”. “Winning the 2010 Asia-Pacific Amateur Championship gave me the opportunity to play in the Masters Tournament. Making the cut that week helped me realize I could actually have a career playing golf,” he said.

“I was very fortunate to receive one of the additional invitations to play in 2010. I was still 18 years old and I really wanted to play in such a big event. I was thrilled my game held up well enough to win.”

Dominic Wall, Director — Asia Pacific, R&A, served as the tournament director the year Japan welcomed a new rising son. “Japan received an additional four invitations by being the host country and Hideki was one of these four to receive the invitation. If we held the AAC in any other country but Japan that year, Hideki would not have played. The rest is history!” 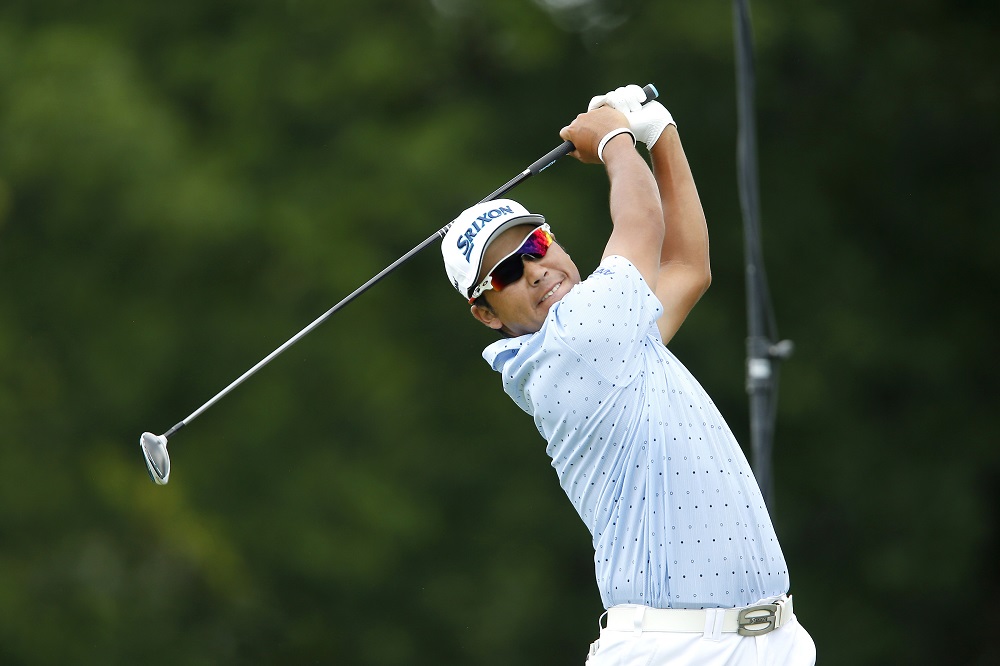 Hideki Matsuyama plays his shot from the first tee during the third round of the Workday Charity Open golf tournament at Muirfield Village Golf Club in Dublin, Ohio July11, 2020. — Picture by Joseph Maiorana-USA TODAY Sports via Reuters

While some golfers take a lifetime to secure playing rights on the PGA TOUR, Matsuyama’s transition into the play-for-pay ranks was swift. In seven starts in 2013, he amassed six top-25 finishes, including a T6 at the Open Championship to earn his PGA TOUR card through the non-member category. His star appeal would continue to glow.

“Was I surprised? To be honest, making the cut at the 2011 and 2012 Masters was the key in giving me the confidence I needed to know that I could compete someday on the PGA TOUR,” said Matsuyama, who retained his AAC title in 2011.

“I owe a great debt of gratitude to Augusta National and will be eternally grateful for the opportunity to play in the Masters and helping me reach my dream to play professional golf. Winning the 2010 AAC was life changing for me.”

Significantly, Matsuyama’s first PGA TOUR title was achieved at the home of golf legend, Jack Nicklaus. The Japanese edged Kevin Na at The Memorial Tournament at Muirfield Golf Club in 2014 after a nerve-racking playoff and subsequently won four more times through 2017, including two World Golf Championships titles which made him the first Asian to achieve the feat. He also became Japan’s most winningest player on the PGA TOUR with five titles to date.

Nicklaus likened the rising star to Japan’s elder statesmen, Isao Aoki and Jumbo Ozaki. “Hideki is strong. He was sort of a combination between Aoki and Jumbo in that he’s a big, strong kid with a marvelous putting touch. He’s got a great golf game. This young man’s going to win a lot of golf tournaments,” said the 18-time major winner.

With the PGA TOUR returning to Muirfield for back-to-back events, the Workday Charity Open and the Memorial this month, Matsuyama could well enjoy win No. 6. So far this season, he has notched five top-10s and posted a T21 at last week’s Rocket Mortgage Classic to lie in 16th place on the FedExCup points list.

Like his deliberate golf action which is highlighted by a pause at the top of his backswing, Matsuyama is in no rush to rake in more tournament victories despite the recent winless run. “I still have so much more to learn and a lot of work ahead to achieve the goals I have set for myself which include playing in the TOUR Championship every year, winning on the PGA TOUR and of course winning a major tournament.”

With some luck, Matsuyama could well jump onto a winning spree very soon again.

* Chuah Choo Chiang is senior director, communications of the PGA TOUR and is based in Kuala Lumpur, Malaysia.