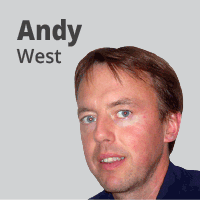 JUNE 28 — Earlier this week, I had a dose of what must surely be one of the loudest and latest parties on earth — and I didn’t even have to leave the comfort of my home.

The place was Barcelona and the occasion was the festival of Sant Joan (Saint John), otherwise known in Catalan as El Nit De Foc, or The Night of Fire.

It is an entirely appropriate nickname for a raucous celebration, widely observed in Spain and Portugal, which sees the night skies lit up by literally thousands of fireworks, accompanied by flat, sweet coca bread and locally produced cava.

And when I say “night skies”, I literally mean “night”, as opposed to the early evening firework demonstrations commonplace in the United Kingdom’s roughly equivalent celebration, Guy Fawkes or Bonfire Night every November.

One of the chief cultural differences, indeed, between my native England and my current home of Spain is the time that children go to bed. As a father of nine- and six-year-old girls, I am regularly assailed by complaints along the lines of: “But [friend X] is allowed to stay up until 11 o’clock every night!”

Usually these lamentations are delivered while my wife and I are in the process of shoving a forlornly resisting child towards bed at around nine, which is quite frankly irresponsibly late by conservative British standards.

On Tuesday night, however, any thoughts of a vaguely child-friendly bed-time were rendered impossible by the fact that Barcelona’s Night of Fire does not get properly started until at least 10 o’clock, and even then there is a slow build-up towards a crescendo of deafening booms and bangs around midnight.

So there we were, eating coca bread and drinking sparkling wine on our terrace whilst witnessing a dazzling array of fireworks from all directions, simultaneously feeling liberal and hip by allowing our children to stay up so late but also prudish and dour by staying at home rather than taking them to the beach, the focal point of the celebrations (the beach? At night-time? With young children? Our intention to live like locals only stretches so far).

The whole event was a fascinating cultural experience, and from an entirely different perspective it also offered a fine example of how so many of the Western world’s most important traditions walk the fine line between Christianity and Paganism.

The “official” title of the Sant Joan festivities derives from the supposed fact that St John the Baptist, the disciple who baptised Jesus in the River Jordan but then met a premature end when his head was chopped off by Herod and presented on a plate to his dancing daughter, was born on June 24.

According to my entirely unscientific straw poll of locals, however, most of the revellers would be surprised to discover that their party was an ode to a religious birthday. When I asked some of our Catalan neighbours what on earth their long night of food, drink and fireworks had to do with St John, they shrugged their shoulders, looked baffled and clearly had no interest in prolonging the conversation.

In fact, they were right to be so dismissive because the Christian Church’s idea of dedicating the party to one of its disciples is little more than a case of hijacking a far older pagan tradition which marks the arrival of midsummer.

As well as being St John’s birthday, June 24 is also the northern hemisphere’s Summer Solstice — the shortest night of the year — and the pagan purpose of fireworks, along with more traditional bonfires, was to frighten away the evil spirits and witches which were believed to have roamed freely as the sun turned southwards.

Similarly, fast-forward six months and the truly original meaning of Christmas had nothing to do with the birth of Jesus Christ, who many modern historians now believe was actually lowered from his celestial origins in September (shepherds in Bethlehem do not stay outside tending to their sheep on winter nights, for starters).

Belligerent late-December celebrations, in fact, had been observed in honour of the longest night of the year in the middle of winter for hundreds of years before Christianity even emerged — in Roman times, the party was known as Saturnalia, featuring familiar rituals such as lavish feasts and the exchange of gifts.

Even now, the majority of Christmas traditions in Christian countries are decidedly pagan in origin, including Christmas trees, with their calming reassurance that some vegetation does continue to grow even at the height of winter, and Christmas lights, which are called upon to offer extra security by brightening the darkest of nights.

Whether any of this matters is debatable — I know a lot of people who are perfectly content not to know the source of their cultural traditions, and happy to carry them out for the simple reason that they are traditions.

But traditions are not always what they seem and perhaps, in a world where issues such as nation, race and religion are often the cause of bitter and violent battles, we could all learn greater tolerance by realising that, in the example of Sant Joan, one of the most significant events in the Christian calendar, has its origins in a completely different way of thinking.