JANUARY 22 — One of the great (and yet relatively recent!) innovations which is helping to bring chess into the mainstream is "live" games — the broadcast of the moves being played in real time on a chessboard displayed over the Internet.

This can often be seen at the official tournament website, but also at the various chess playing sites, and now on mobile Apps.

What has significantly changed is that from incorporating chess engines into the feed to help the spectators (kibitzers, as we call them in chess) follow play and even allowing them to chat with each other, now video of the players is often put side by side and most importantly, there is also commentary by experts.

Add to that the post-game interviews with the ability to download the game, it is clear that chess is making some significant steps towards getting global media coverage. 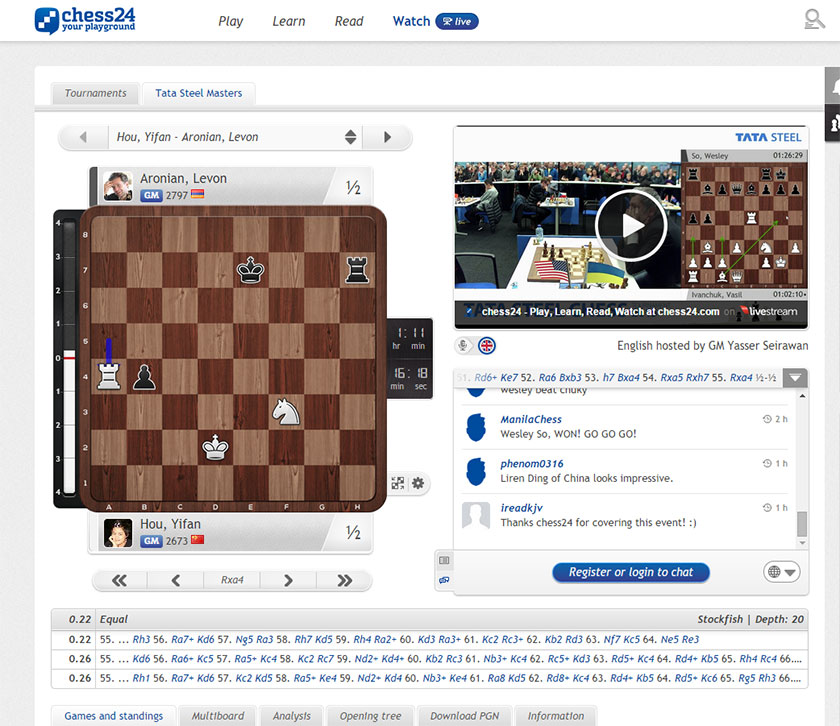 The rise of the young Magnus Carlsen to the summit of chess has largely contributed to this greatly increased coverage of the game as not only has he become a modern accessible face of the game together with all the quirks of a champion but he has single-handedly made his home country of Norway chess mad.

Now Norway media follows Carlsen around like paparazzi, and their TV stations have developed ways to present chess as day-long programmes that are able to keep even the non-chess playing public engaged!

It is, however, still hard to validate the numbers of those going online to view games.

Chessdom which is one of the premier chess portals with a big investment in broadcast technology (even with less than state of the art commentary) claimed 20 million during the Anand-Carlsen World Championship Match in 2013 where they were the official media partner.

In an article on chess24.com, a new media-rich site that rose to prominence recently, Norwegian TV expressed its amazement at the 600,000 unique visitors to its website daily.

The numbers are also in the hundreds of thousands (if not millions as they say) in the more hardcore chess playing websites like www.chess.com, Internet Chess Club and Chessbase's Playchess.com, which also have full featured mobile Apps.

Last week I wrote about the ongoing traditional event at Wijk aan Zee which is now known as Tata Steel.

It is major events featuring the world's elite and of course the participation of new rising stars that capture the imagination.

They fuel the "live" games broadcast and attract a huge global online audience and so far both the Tata Steel Masters and Challengers events have not disappointed!

After an indifferent start in the first few rounds, it has since then been mainly Magnus Carlsen, the world champion, taking the lead after winning an amazing five games in a row.

Carlsen's run included an impressively conducted must win game against No. 2 ranked Fabiano Caruana, and more importantly he is clearly back (as he says) as this run of wins has shown everyone his hallmark tenacity and ability to outplay his opponents from equal or inferior positions; his determination balanced by a very cool head.

One other big story developing is that of 20-year-old Wesley So who has now proven he is a big threat to the status quo!

So has hardly lost any games for years now, and has long developed the ability to beat weaker players on demand.

At Tata Steel he has shown that while he has still a lot to learn he belongs in such company and can only get better.

Look at this typical analysis of the extent of So's preparation — the following is taken from www.chess-news.ru. 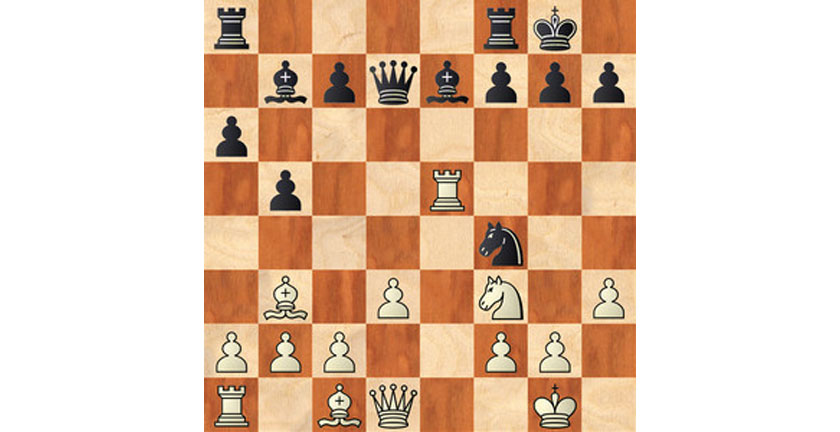 The position (after 14.Nd2-f3) looks quite innocuous for White, and it might seem Black can hope for sufficient compensation only. 14...Nxg2! 15.Kxg2 a5!! came out of the blue: suddenly, White has hard time neutralizing both a5-a4 and, more important, Ra6-g6 (f6).

In the course of the round, it turned out that the Black's idea had been already published in New In Chess #3/2014, in Anish Giri's analysis of Anand - Aronian game (Contenders 2014): 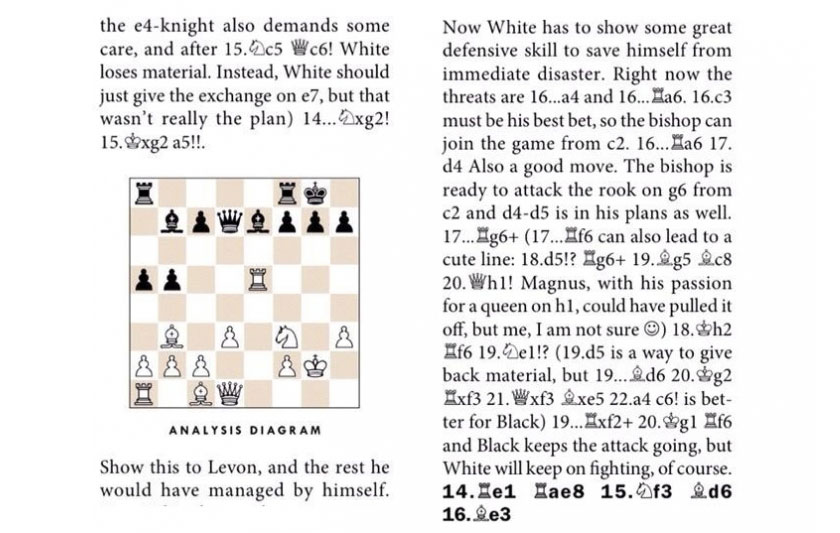 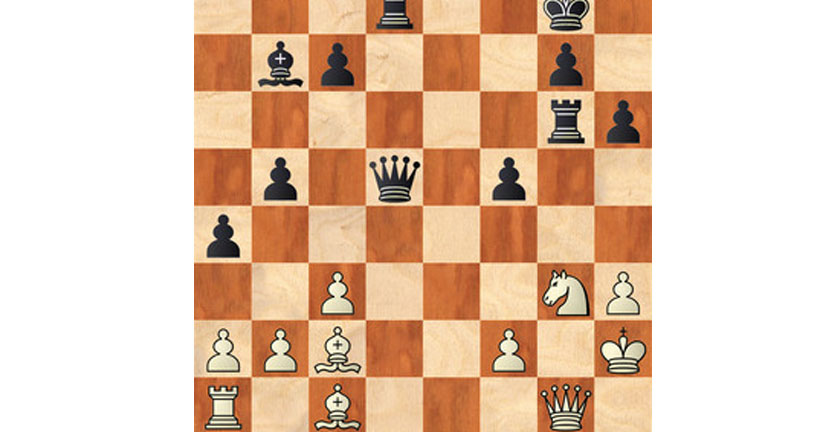 It will be interesting in the last five rounds to see where all the three currently in joint second place will finish and if the others, having fallen a little behind, can make a push.

China's young Ding Liren has been tipped by many to be a future world champion too even if that expression tends to be a little bit of hype or media exaggeration and yet he has shown an amazing resilience, showing he is up for the fight and winning another complex game immediately after suffering a loss.

Of course Maxime Vachier Lagrave, the French No. 1 who has stormed through the world junior ranks and at 24 is breaking into the Top 10, is also a big talent with all before him.

My prediction? It is for Carlsen to lose this event, So has really good chances to have the biggest success of his life playing for the first time for the United States Chess Federation and of course Caruana will finish strong.