So where do you get your chess news?

OCTOBER 16 — There are two major debates today about the future of the game and both have now become intertwined.

They are, of course, about computers which are now so powerful that no human can match them and how they can be (are being?) used for cheating —  even if arguably this has been a point of discussion since the late 80s when they became powerful enough although there are significant new dimensions brought about by the Internet, transmission technologies, smart devices, implants and now even wearables.

I remember well the days before day-to-day-use computers were able to process huge game databases while running multiple analysis engines (was that so long ago?).

In my time, chess players depended largely on chess books and the many monthly periodicals which usually had a selection of recent games played by top players in the major tournaments. Chess books remain but the rest have been largely replaced by chess news websites, chess playing sites and online services which help with anything from the latest opening wrinkle to tactics practice.

Certainly it was a gentler time growing up in KL, checking out University Bookstore and finding chess books under the Dover imprint written by players long dead. I remember how shocked I was to find that other players, my junior chess rivals, in places like Penang — through relatives in London —  had gotten hold of newer books from specialist chess publishers like Batsford purchased in Foyles!

In the little magazine stands to be found in parts of PJ New Town, the United States Chess Federation magazine Chess Life could be found, but it was the British Council which stood out as they had both British Chess Magazine and its main UK competitor Chess —  all for free and with older issues you could borrow and photocopy. And so those publications soon became my regular Friday afternoon reading.

But for the serious players, a special place in all of this was provided by Chess Informant, a company based in Belgrade which systematically collected and organised chess materials and published them in best game collections of the last six months with analysis by the players themselves. They also published chess encyclopedias — of openings, endgames and even parts of the middlegame systematically indexed such as combinations.

Chess Informant essentially created the database industry even if paper based. I remember when playing at Olympiads how the team members would compare notes to see if we had the latest Chess Informant and often on arrival it was a rush to find and update our collection. Luggage had to be co-ordinated to share the weight of all these Chess Informants and Chess Encyclopedias, something quite unbelievable today when we carry it all in our Netbooks, Ultralights and even MacBook Airs running Windows.

Who now does not have database software like Chessbase with computer engines like Houdini, Stockfish and Komodo for analysis? Not to be embarrassed, I had to actually go out and get them in 2008 when I returned to chess after a 12-year hiatus even if for the older generation we find books so much easier (we like to read!) and in some ways that has made up or even been a positive when engaging those who are completely dependent on their silicon friends.

Thanks to Chessbase, today's players have grown up with the chess tools of the computer age and it is today what Chess Informant was to players from the 70s to the 90s, but happily the chess information pioneer which started it all and which generations of players depended on has in recent years begun to reinvent itself with a combination of iconic book (now including content beyond its core of well-annotated games by top players) bundled together into an electronic version. 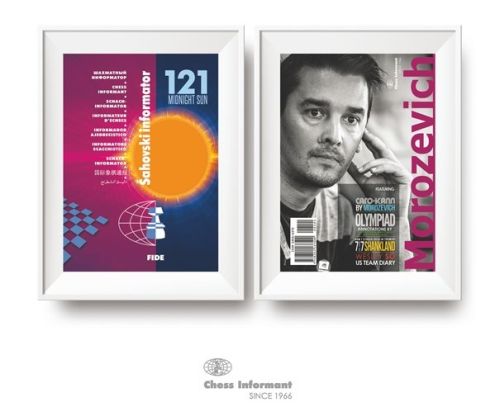 The latest Chess Informant 121 Midnight Sun is just out and the following is an extract which clearly shows the quality of the publication: