Aren’t we proud of Merdeka Day? 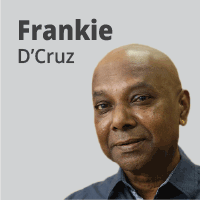 AUG 21 — Ten days to Merdeka Day and Brand Malaysia has yet to be portrayed responsibly and sensibly. Is just asking people to fly the Jalur Gemilang enough to whip up energy on the streets and raise national happiness and patriotism?

Nothing so far has reflected the theme for the 56th Merdeka Day – ‘My Sovereign Malaysia: My Native Land’ – to remind the people the importance of uniting to defend the nation and creating awareness of love and affection.

Double apologies, we also had the Merdeka Jalur Gemilang Aidilfitri expedition that involved visits and presentation of aid to the disabled and the needy during the month of Syawal.

So, why aren’t Malaysians singing the theme song and wearing this year’s winning Merdeka logo by Noor Hishammudin Omar on our garments?

Simple: The song has not been released yet and the logo must be in someone’s folder.

The Information, Communication and Culture Ministry seems to be at a loss over how to inspire a national day party. It seems clueless over how to motivate us to be proud of ourselves and respect the great leaps Malaysia has made since independence.

The ministry seems to have no idea of the poetry of togetherness and spirited nationalism.

A run-up to the biggest national event that lacks the passion, hope and struggles of the populace is a major blow to the confidence and joy of the people.

In any Independence Day celebration, the people must see the values of the concept of the celebration of a nation you can trust. Everyone must have a clear understanding of what Malaysia currently is.

Independence Day is a celebration for everyone from Their Majesties to the man-on-the-street. It should be for all to tell a story with a strong sense of national character.

Malaysians will have absolutely no issue with the assets of national security forces taking centre stage during the parade at Dataran Merdeka on Aug 31.

But shouldn’t we be swelling with pride ahead of the performances by the police, Armed Forces and Malaysian Maritime Enforcement Agency?

They did us proud to wipe out the terrorists from Sulu who invaded Lahad Datu and Semporna five months ago.

I can’t understand why the people have not been engaged to soak into the elements of the celebration – unity, patriotism, sovereignty and national security – ahead of Aug 31 when the Sulu incursion would be highlighted during the Merdeka Day parade at Dataran Merdeka.

A street poll yesterday by The Malay Mail revealed very few people knew what this year’s celebration was about.

Few knew the theme. No one has heard the theme song. No one could describe the logo. That’s a shame.

As it is, our society is increasingly more intolerant and certain people are starring in their own wretched soap opera to blacken Malaysia as oppressive and regressive in race and religious ties.

Hate speech and incitement that spark reckless and confrontational actions are worrisome. The conveyor belt of attention-grabbing stunts has enlarged and political weakness is disturbing.

So grave is our distress that being glued together as one is hurtling down the tracks as an accident waiting to happen.

So, the last thing we would like to be informed about Merdeka Day celebrations is that on the eve there would be an international fireworks competition in Putrajaya.

Or that there is a contest for the display of the Jalur Gemilang.

Aren’t we proud of our independence? Fatuous pandering aside, the lack of maturity by the decision-makers gets at everything Malaysia doesn’t want its citizens chewing over.

Clearly, it’s a case of a credible sparkle in the nation’s history nudged into absurdity.