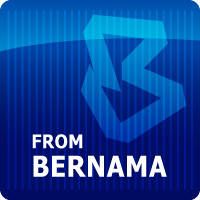 The US market, where soy oil dominates, will benefit from the additional palm oil option, making it competitively priced, a practitioner who requested anonymity said.

“I have not seen all the details of the discussions but the growth in the US market is quite fast due to the trading companies which are there, they do understand and realise the importance of palm oil and the various food formulations,” he told Bernama on the sidelines of the Malaysia Palm Oil Board (MPOB) International Palm Oil Congress and Exhibition today.

Another industry participant said palm oil could be well accepted in the US given its consumption patterns and presence of a lot of fast food industries.

“The demand is going to be huge, on a market to market basis. Because of the trans fat issue that is gaining prominence in the country, we see a lot of palm oil growth prospects in the US market,” he added.

Trans fat is a type of unsaturated fat that behaves like a saturated fat because of its chemical structure. It increases the risk of heart disease by increasing the ‘bad’ cholesterol, while also lowering the ‘good’ cholesterol in the blood, according to Australia’s Heart Foundation website.

“Trans fat levels can be reduced or eliminated using saturated fats such as lard, palm oil or fully hydrogenated fats, or by using inter-esterified fat,” he said.

He said every edible oil, including soy oil, has its own market and does not pose any challenges per se, except that the public will compare its health benefits.

“Challenging the soy oil market is not an issue as people are protective of their oils in different parts of the world, but the benefits, the price and competitiveness of palm oil will actually help us get into the market,” he added.

He said crude palm oil (CPO) prices are estimated to range from RM2,250 to RM2,400 a tonne depending on whether the El Nino phenomenon, which affects production, gains ground.

A trader who declined to be named said he expects CPO prices to be in the range of RM2,200 to RM2,400 a tonne, adding the country’s stockpile is slowly building up with exports stagnant and production, which is supposed to be on the downtrend, not coming down as expected. — Bernama