‘Amazing and unprecedented’: Penang hotspots see up to 500pc increase in visitors during Raya holidays

Long queue at the popular Penang cendol stall in George Town. ― Picture by Opalyn Mok
Follow us on Instagram, subscribe to our Telegram channel and browser alerts for the latest news you need to know.
By OPALYN MOK

GEORGE TOWN, May 8 — In Penang, tourist attractions, eateries and hawker centres are reporting an increase of between 100 and 500 per cent in business over the long Hari Raya Aidilfitri holidays as visitors throng the island.

Main roads, such as those heading to Batu Ferringhi, Air Itam, Gurney Drive and around the inner city, were also congested.

According to Penang Hill Corporation general manager Datuk Cheok Lay Leng, the hill resort saw between 7,000 and 8,000 visitors per day on the first and second days of Raya.

“We crossed 8,000 visitors at one point and we also saw a lot of foreign workers coming by the busload,” he said.

He said, however, this was still not the same as pre-pandemic times when visitor numbers could go as high as 10,000 per day during festive occasions.

He said the increase was good for the local economy as it brought traffic to the various businesses on the hill resort and its surrounding areas.

“We are still strict with the SOPs. All visitors must wear their masks at the train stations and inside the funicular trains,” he stressed.

He added that they also check the MySejahtera status of all visitors to make sure only those who are low risk are allowed entry. 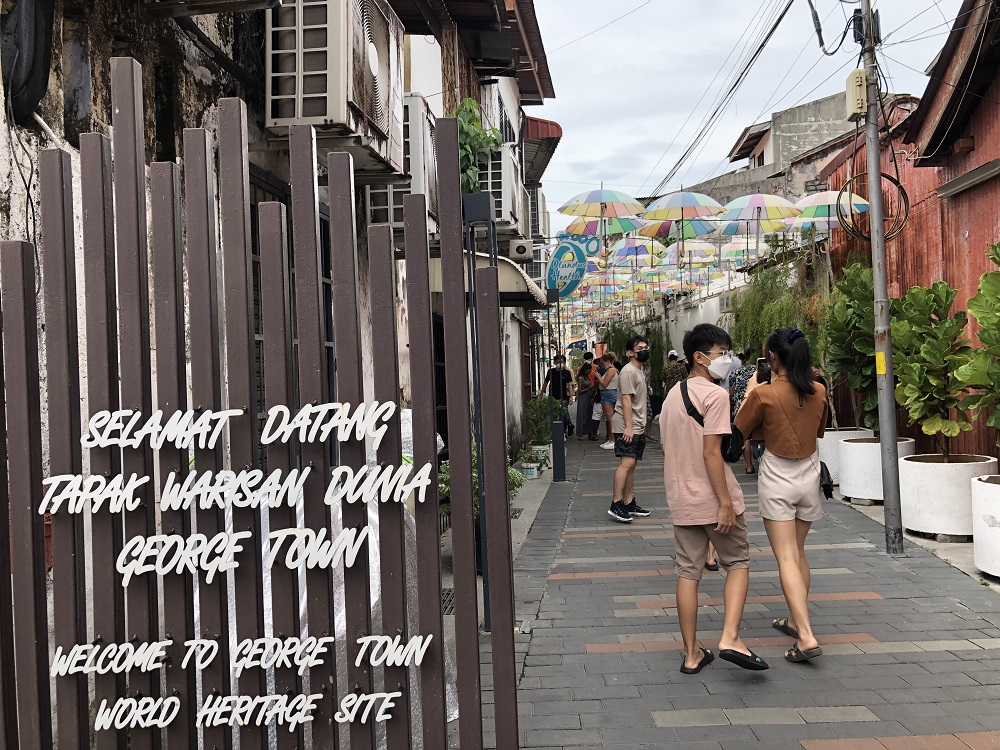 Visitors at one of the backlanes in inner George Town. ― Picture by Opalyn Mok

Meanwhile, managing director Allen Tan of nature park The Habitat, which is part of the Penang Hill Biosphere Reserve, said they saw a 500 per cent increase in visitors compared to the period before the Raya holidays.

“We also saw a significant increase in the number of foreign visitors to The Habitat in April,” he said. The crowd at the Penang Hill lower station. Penang Hill gets around 8,000 visitors daily during the holidays. ― Picture by Opalyn Mok

He said there were no foreign visitors in March but the numbers had increased to 15 per cent in April.

“We expect this trend to continue as more and more people start to travel again,” he said.

Association of Tourist Attractions Penang (ATAP) chairman Ch’ng Huck Theng said most of the ATAP members are seeing an increase in visitors of between 75 and 100 per cent.

“The crowd is amazing and unprecedented. Some are seeing more crowds than before the pandemic,” he said.

He attributed this to the long lockdowns of the past two years, and now that all borders are open and most restrictions lifted, everyone took the opportunity to travel.

Ch’ng, who is also Ghee Hiang executive director, said the traditional biscuits the company sells are sold out every day.

“We do not have enough to supply the influx of visitors,” he said. 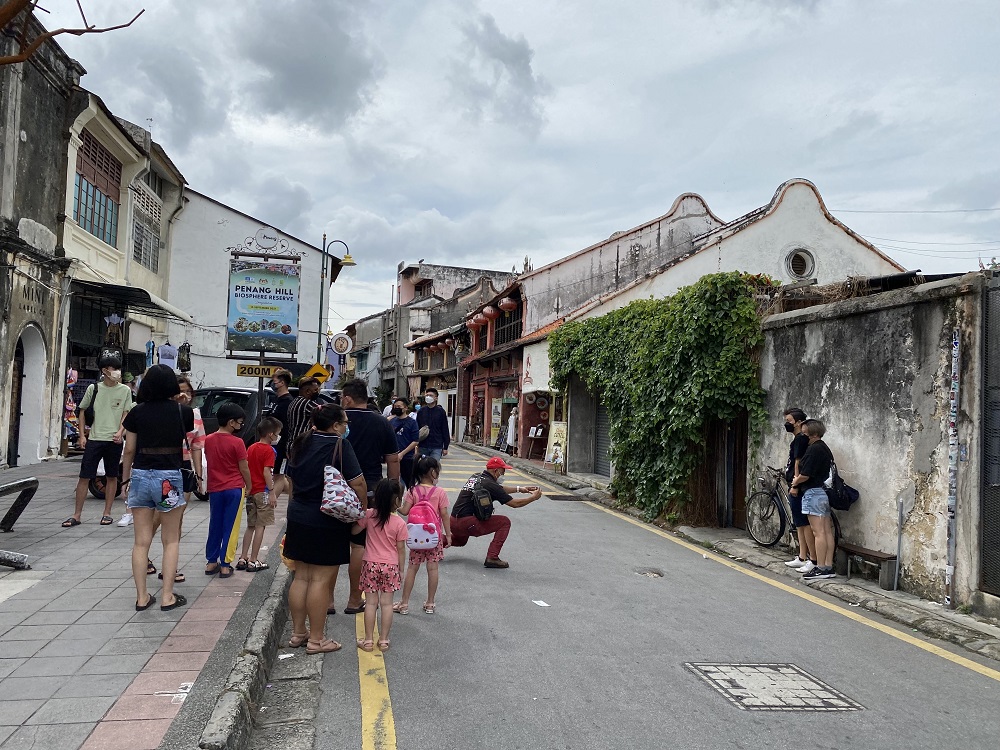 Visitors queuing to pose with the iconic children on a bicycle mural at Armenian Street in George Town. ― Picture by Opalyn Mok

One of the visitors who braved a seven-hour jam on the highways to drive back to Penang from Kuala Lumpur is Daniel O’Neil.

“I mainly visited family and relatives, also a handful of friends, this Raya to reconnect and reunite after so long,” he said.

He said he attended many open houses this time around, but made it a point to seek out his favourite Penang food that he must have whenever he is back: The mee sotong at Esplanade.

“There was a long queue but it is always worth the wait,” he said.

He, however, had to skip some of his favourite cafes in Penang due to the huge crowds. 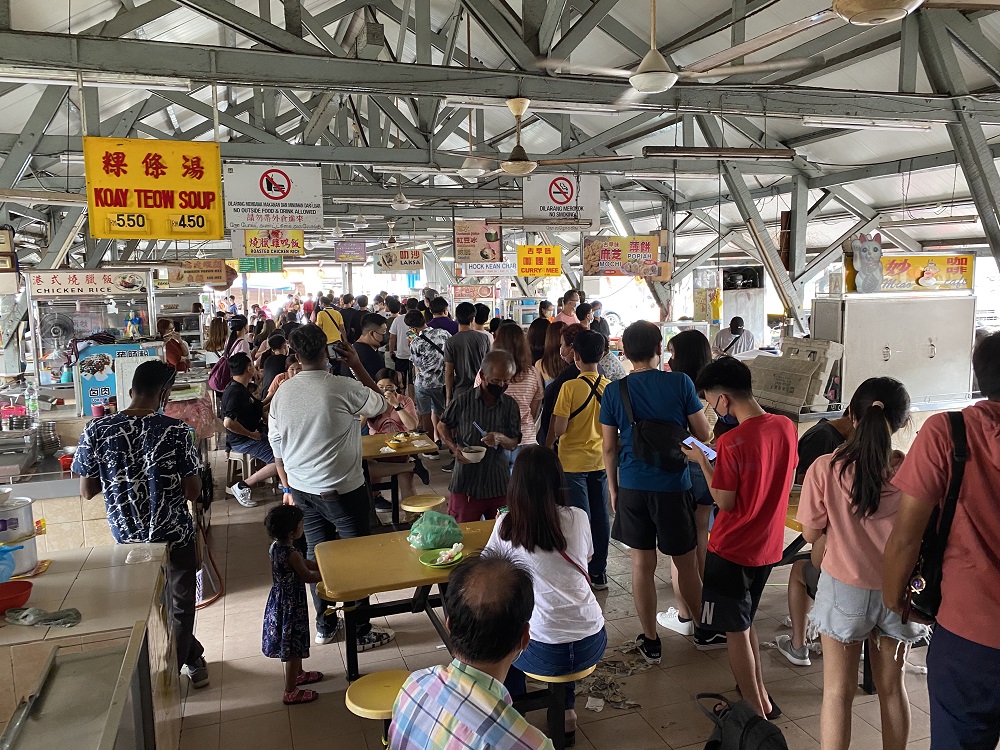