No shortage of Covid-19 self-test kits in KL and Selangor, but some pharmacies caught off guard by sudden demand

People shop for Covid-19 self-test kits at a Watsons outlet in Bandar Baru Selayang February 22, 2022. — Picture by Hari Anggara
Follow us on Instagram, subscribe to our Telegram channel and browser alerts for the latest news you need to know.
By R. LOHESWAR

Some, however, may have been caught off guard and struggled to meet the sudden surge in demand, causing them to run out of stock temporarily.

One of the staff told Malay Mail that they had run out for more than a week and just got resupplied yesterday.

“We should be OK for now since Axial (saliva based) arrived but we were dry for more than a week as many people bought in bulk. For the time being, we will only have this brand,” the staff member said, asking for anonymity.

It was a different story at several AA Pharmacy outlets that ran out of test kits around four to five days ago.

One staff member, who wished to be known as May, said sales surged when Covid-19 cases started spiking on February 16 and 17, and while usually people bought five to 10 kits, they have been buying double or triple that amount ever since.

“Our side, I think a lot were these office workers whose bosses were starting the rotation. Before entering the office, they needed to test, right? So since the company was paying, I had some customers buy 50 and go,” she said. 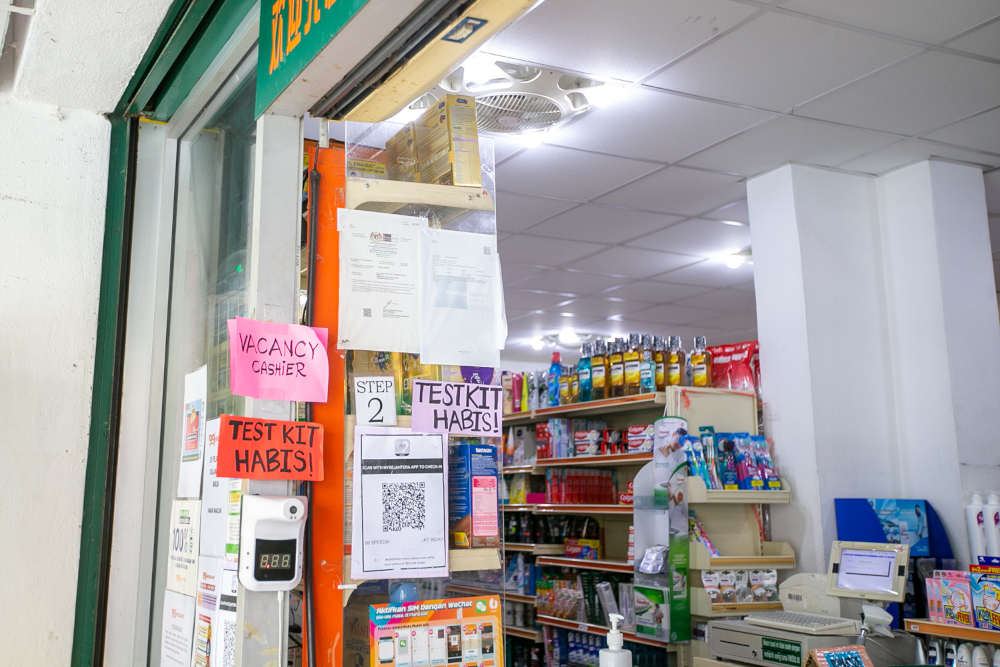 'Sold out' signs are seen at the entrance of a 99 Speedmart in Taman Bukit Indah, Ampang February 22, 2022. ― Picture by Devan Manuel

When asked if they can restock in time, seeing as daily cases are still in the five figures, May said they had already ordered more, which should be arriving within a day or two.

“Other places not sure but ours should be arriving today I hope,” she added.

It was not the same scenario at the 99 Speedmarts that Malay Mail went to. All of them had run out of self-test kits. One of the staff at the Taman Desa outlet said they expected to receive new stock by yesterday evening.

The opposite, however, was observed at various Watsons and Guardian outlets as well as several smaller community and independent pharmacies.

For example, Health Lane offered three brands and did not limit the number of test kits you can buy, whereas AllDay limited sales to three kits per person.

One of the staff at AllDay told Malay Mail stocks had been running low since February 10 but demand escalated last week; hence, the reason why the pharmacy decided to cap the amount purchased per customer.

“I am not sure when we will restock, depending on the suppliers. However, we are sticking to the local or China suppliers as the South Korean brands are expensive,” he said. 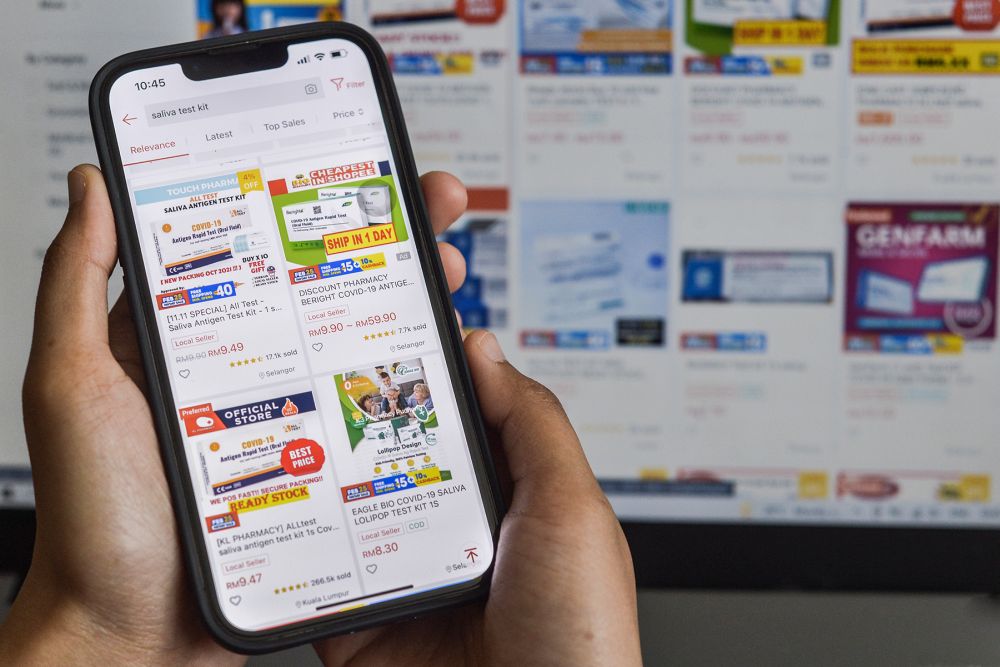 A man browses through Covid-19 self-test kits on his phone February 22, 2022. — Picture by Miera Zulyana

Testing is one of the biggest challenges amidst the coronavirus outbreak.

But according to the Medical Device Authority, there are currently 124 approved Covid-19 self-test kits that can be sold in Malaysia with conditional approval.

Of this number, the majority originate from China, a few from South Korea and one from France. The rest are from companies based in Malaysia and Singapore.

At Guardian and Watsons, brands such as Longsee, Wondfo and Salixium were being sold for between RM5.70 and RM6.90.

At Big Pharmacy, Axial was going for RM7.50 and the same if you bought one box of 15 units.

An employee at Watsons Selayang told Malay Mail they were surprised at the amount of online sales made over the past two weeks.

“Incredible numbers of Grab sales, no one wanted to go out but also I looked at it as people being responsible and not wanting to go out in case they have caught it, you know? Play safe lah,” said the person who asked for anonymity.

“They were buying through Grab and were purchasing 10 or more test kits per delivery. So what’s left here are the expensive ones like Gmate which is RM17.90.

“Most of the customers were asking for Salixium because it’s cheaper at RM9.90.”

For the past week, reports have emerged that due to the high number of Omicron infections nationwide, people were panic buying test kits, leading to shortages.

The supply of Antigen Rapid Test Kits (RTK) was said to be running low in several states, especially Selangor, Melaka, Sabah and Sarawak.

All the pharmacies that Malay Mail visited, however, were not unduly worried about the prospect of long-term shortages as they felt the items would be replenished very quickly.

Yesterday, the Ministry of Domestic Trade and Consumer Affairs released a statement to reassure the public that there were an estimated 18 million self-test Covid-19 Antigen RTKs available in the market currently.

The ministry added that it carried out daily monitoring and inspections on importers, manufacturers, wholesalers and retailers.

RTK was gazetted as a controlled item under the Control of Supplies (Controlled Goods) Order (No.6) 2021 on November 24 last year and came into force the following week on December 1, to ensure its constant availability.

In response to complaints of an RTK shortage, the ministry said only three reports had been received between January 1 and February 21.

As of yesterday, Malaysia’s seven-day average for daily Covid-19 cases was 26,029 and the total number of positive cases in the past week up until February 21 is 178,736.

The death toll continues to rise and currently stands at 32,390.