On Facebook, the senior minister for international trade and industry maintained that vaccination was the correct method to address the pandemic.

“WHO has warned world economies against lockdowns due to extreme economic damage, particularly affecting those in the lower income group. Pragmatic and flexible approach to managing the pandemic is key to helping the nation cope with the challenges.

“At the same time, the government remains steadfast towards expediting the vaccination of the people, especially for the most vulnerable groups. Herd immunity is the way forward,” Azmin said.

Yesterday, Senior Defence Minister Datuk Seri Ismail Sabri Yaakob announced that 15 KL localities and all of Selangor except the Sabak Bernam district would be placed under EMCOs from tomorrow.

Selangor is the country’s most industrialised state.

The EMCO increases the restrictions already in place under Phase One of the National Recovery Plan and only manufacturers of food and essential services may operate in affected areas, with other industries prohibited.

This week, Azmin’s ministry defended the manufacturing sector against allegations that it was a major source of new Covid-19 infections in the country, saying that data showed the sector accounted for just 9.3 per cent of cases reported.

Malaysia reported 6,988 more Covid-19 infections yesterday; a month ago on June 1, when Phase One was imposed, Malaysia had 7,105 cases.

As of yesterday, Malaysia’s vaccination coverage was around 17 per cent of the population. The country has set a target of 80 per cent in order to achieve “herd immunity”. 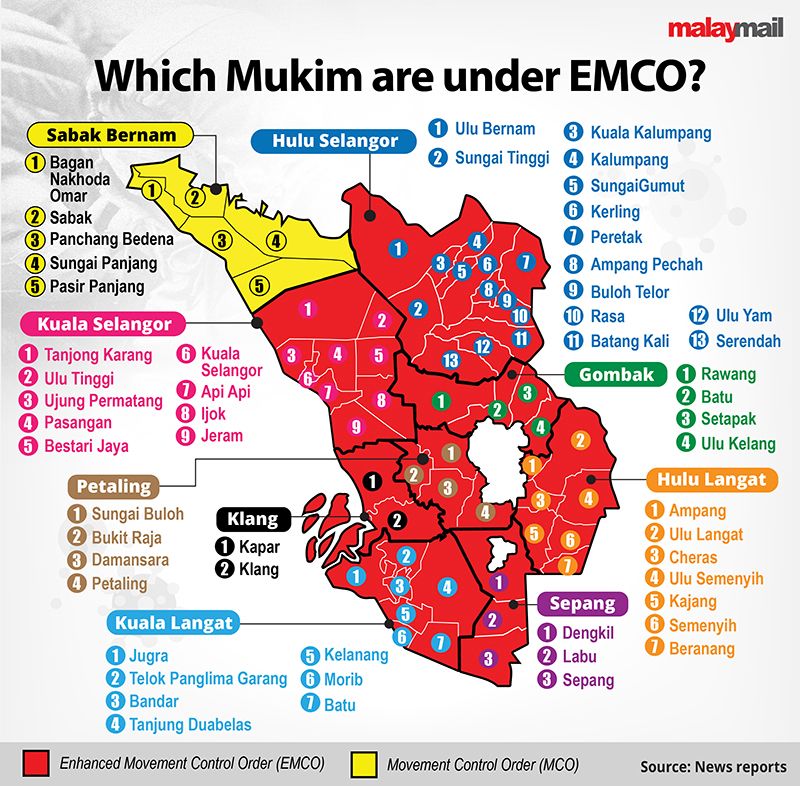