Healthcare workers carry out Covid-19 screening for those with a recent travel history to Sabah at Selcare Clinic in Shah Alam October 4, 2020. — Picture by Hari Anggara
Follow us on Instagram, subscribe to our Telegram channel and browser alerts for the latest news you need to know.
By JULIA CHAN

The Sabah Covid-19 spokesman said both Kampung Numbak and the Telipok settlement were densely populated and housed large communities of foreigners.

“We have detected 207 cases in the Telipok Settlement and 134 cases in Numbak. Of these two, 13.4 per cent in Telipok were non-citizens and 25.4 per cent in Kampung Numbak were foreigners,” he said in a virtual press conference here today.

“As these two places are high density areas, with over 21,700 population, we decided on the mass screening exercise in order to contain the virus from spreading,” he said.

He said while there was no definitive information on the foreigner population in the two areas, their proportion in the positive cases provided a reasonable estimate.

Masidi said the number of cases was enough to justify the mass screening, which will be conducted on roughly 10 per cent of the population.

“Although the trend of positive cases in Sabah and Kota Kinabalu has been stabilising, we are expecting a spike in cases in the next few days as authorities begin the testing tomorrow. So we are letting the people know if advance so they are informed and there is no cause for panic,” he said.

When asked how the government would handle undocumented migrants in the area, Masidi said all those tested in the areas would be treated equally for the moment as the priority was to contain Covid-19.

“They will get the same medical treatment. Whether they have documents or not, we will deal with that later. The relevant agencies with get involved,” said Masidi.

The Sabah government announced the EMCO in the Telipok Settlement and Kampung Numbak from midnight today until November 29.

This was based on the advice and risk assessment conducted by the Ministry of Health. The Sabah State Disaster Management Committee (JPBN) agreed to impose the EMCO in both areas and apply the same standard operating procedure previously announced for other EMCO areas.

Until two days ago, Sabah had consistently led in terms of daily new cases since the third Covid-19 wave hit the country. It still has the highest number of cumulative cases at 23,383 cases.

Today, it recorded another 288, the lowest in a week and a reduction of 93 cases from yesterday. Most of the cases are from Kota Kinabalu at 86 cases, of which 21 are from a new cluster — Matambai.

At its peak, Sabah saw 1,199 new cases reported in a day. It has since reduced by the hundreds and reached a new low of 259 cases on November 11. 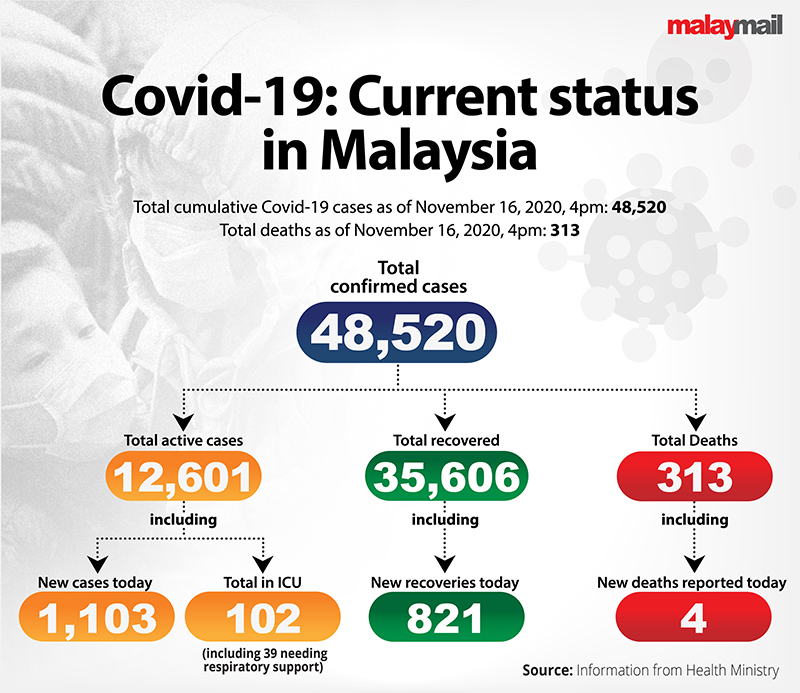