Putrajaya announces EMCO in two areas in Selangor, and another in Sarawak

The Selangor areas involved are the Sungai Emas flats on Jalan Emas 31 and 32 in Kuala Langat as well as Plaza Hentian Kajang in Hulu Langat which will be partially locked down from tomorrow until November 2.

The Sarawak area involved is Kampung Haji Baki in Kuching. Entry and exit will be regulated also from tomorrow till November 10. A total of 532 housing units involving 4,191 residents will be affected.

“We have conducted 1,044 screenings at the Sungai Emas flats and found 42 positive for Covid-19. At the Plaza in Kajang we did 909 screenings, 63 were found to be positive,” said Ismail today during his daily briefings.

The EMCO is expected to affect 1,300 Kuala Langat residents living in the Sungai Emas flats and another 7,500 residents in Hulu Langat.

Residents under EMCO will not be allowed to leave the area except for emergencies or with prior permission from the police.

All schools, places of worship and mosques have been ordered to close while all economic sectors have to shut down as well.

Sports, cultural and all recreational activities have also been called off as the health ministry conducts active tracing within the community.

“There will be food supplies sent to the people in these areas and the distribution will be handled by the state authorities,” said Ismail. 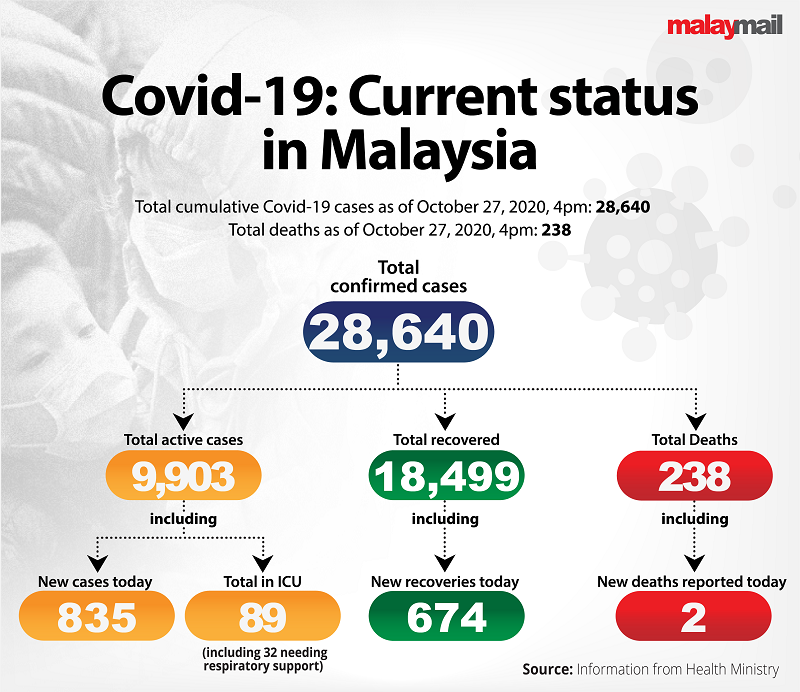