Health director-general Datuk Dr Noor Hisham Abdullah speaks at a press conference on Covid-19 in Putrajaya August 3, 2020. — Picture by Choo Choy May
Follow us on Instagram, subscribe to our Telegram channel and browser alerts for the latest news you need to know.
By EMMANUEL SANTA MARIA CHIN

KUALA LUMPUR, Aug 12 — The Health Ministry (MOH) has clarified that a student from a school in Lembah Pantai said to have been Covid-19 positive has so far only tested positive for dengue.

However, Health Director-General Datuk Dr Noor Hisham Abdullah said the Form Five student has also been screened for Covid-19 as a precautionary measure, with results yet to be released.

This was in response to a recent viral message alleging the student’s supposed infection, which was later fuelled by supposed images of students attending school while wearing pink home-quarantine wristbands.

Dr Noor Hisham explained that initial investigations done by the Health Ministry revealed the student experienced vomiting and diarrhoea on August 9 and was brought to a private clinic the next day for treatment.

The student was then moved to a medical centre for further treatment where he was then tested for dengue and Covid-19.

“The dengue test results came back positive. However, verification of the Covid-19 tests are being conducted in a lab to ensure there is no cross contamination which can happen considering he tested positive for dengue.

“While awaiting the lab’s verification of the tests, MOH have begun preliminary active case detection activities, as a proactive measure that is usually carried out in the field to prevent the risk of further infections,” Dr Noor Hisham explained.

So far, a total of 34 students and eight teachers have been identified as the student’s close contacts, of which 28 have been tested and another 14 who have been told to report to the government health clinics to undergo the tests.

Dr Noor Hisham said all those who were tested have been instructed to undergo the home-surveillance order as a preventive measure, with their health condition closely monitored by the ministry.

He said that disinfection works have also been carried out at several predetermined locations.

The director-general then stressed that positive Covid-19 cases will be officially recorded as positive once the Ministry officially announces them.

“Reports from any other sources will be deemed as speculation until investigations have been carried out and it has been confirmed by the ministry.

“The public is reminded to always check and verify the validity of information they have received before believing it and spreading such information,” he said. 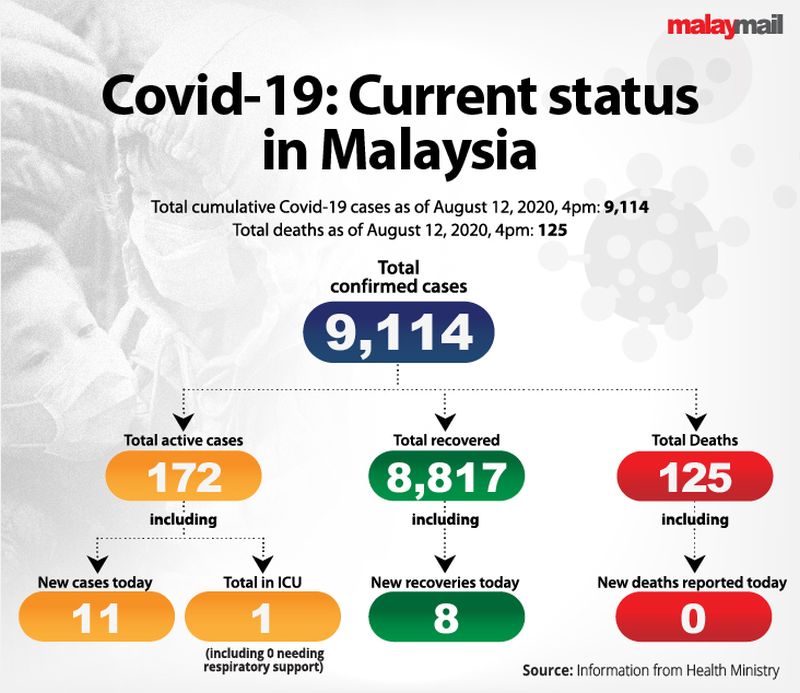