KUALA LUMPUR, May 16 — To help Malaysia cope with reported personal protective equipment (PPE) shortage problems amid the Covid-19 pandemic, several measures can be taken including keeping a national stockpile of PPE, having a centralised unit dedicated to handle the distribution of PPE to health facilities nationwide, several doctors have proposed.

In the online survey from April 13 to April 19 on their experiences with PPE usage and shortages, 788 respondents — 370 doctors, 418 nursing, allied healthcare workers, support staff — responded. Of the 788 healthcare workers, 539 were from Health Ministry (MOH) hospitals, 157 were from state/district health departments, health clinics and other public institutions, 34 from university hospitals, and 58 from private clinics and hospitals.

Based on the survey results, the five doctors said that two main issues were highlighted, namely the shortage of PPE supplies in Malaysia’s healthcare facilities, and the lack of compliance with the guidelines or protocols about PPE usage in the majority of local healthcare facilities.

About 53 per cent to 83 per cent of the respondents in the survey reported having experienced shortage of PPE supplies at their workplace. 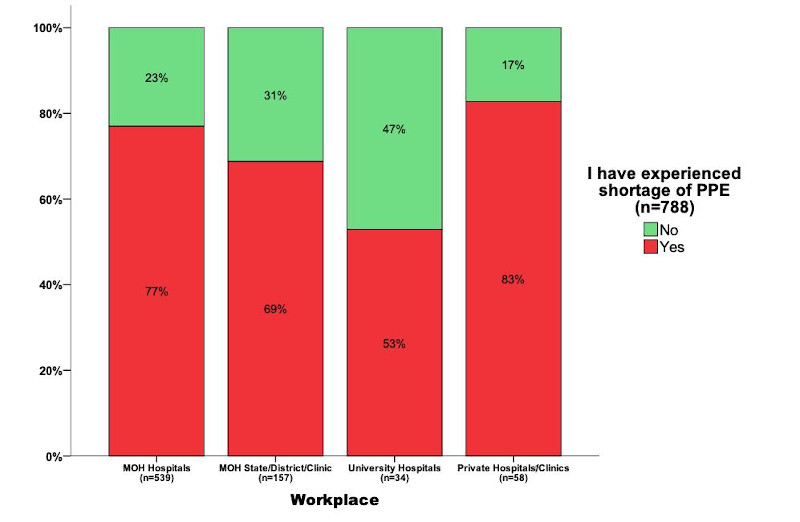 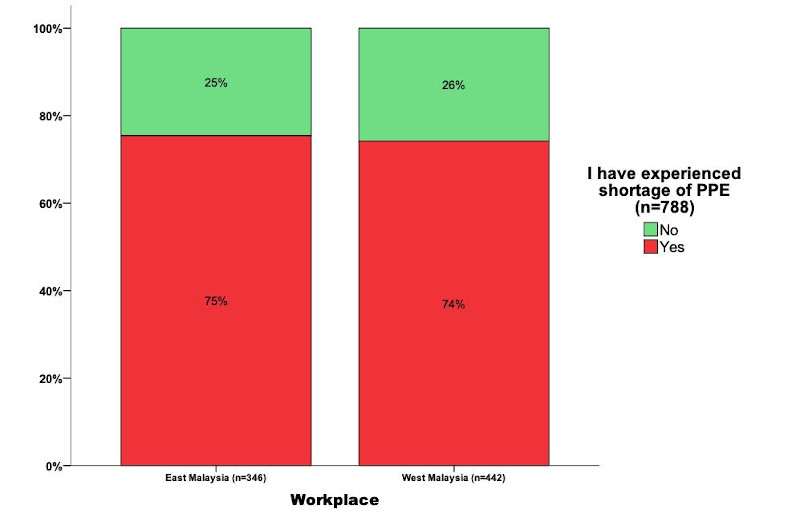 The PPE shortage problem can also be seen with nearly 60 per cent of the respondents in the Health Ministry’s hospitals stating that they had to resort to using do-it-yourself (DIY) PPE, with some of those polled expressing their grievance — via the comment “DIY PPE among staffs have resulted in extra burden” in the survey — of having to make their own PPE on top of their already burdensome clinical duties. 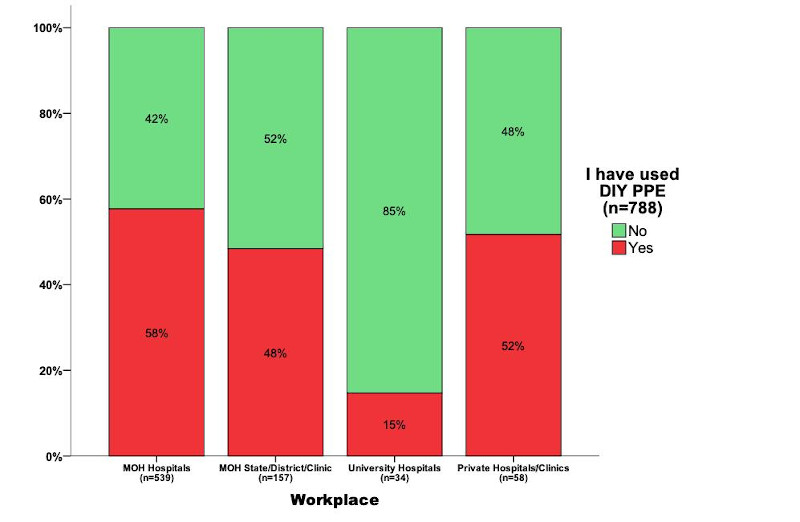 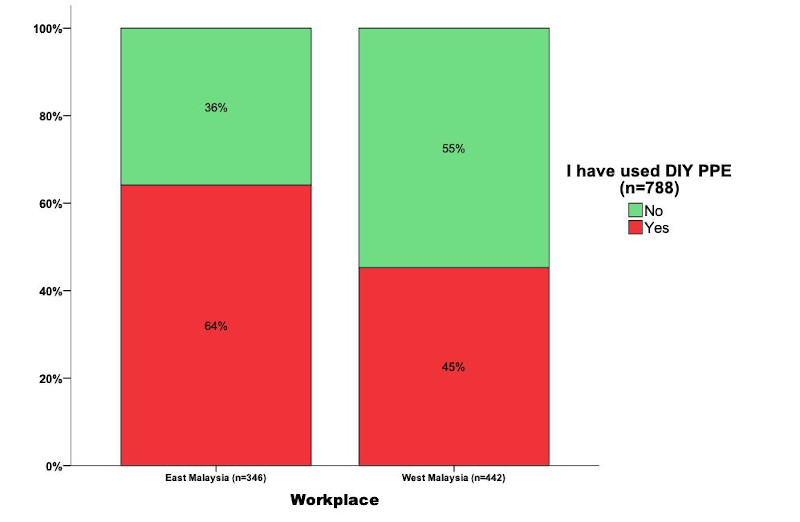 The five doctors said Malaysia has been very fortunate during the height of the pandemic to have received generous support from the public, non-governmental organisations and companies who worked together to produce PPE for healthcare workers, but noted concerns over whether DIY PPE gave the same and adequate levels of protection as standard issue PPE, as well as other issues involving DIY PPE such as production methods, material type, measurements, suitability of usage in different risk areas.

“A positive notable development was the proactive role of NGOs who have engaged with the fabric and fashion designer industry to kickstart the local manufacturing of PPEs. It is encouraging to note that not only the quality is maintained, but a respectable quantity has been produced to contribute towards the national stockpile.

“It also had the added benefit of rebooting the local SMEs in the fabric industry in these very trying economic times,” the five doctors said in a report of their survey findings.

Other indicators of the PPE shortage problem were where 326 respondents from government hospitals and clinics had agreed or strongly agreed to having difficulty in obtaining PPE from their department or hospital, with this figure amounting to 47 per cent of the 788 respondents in the survey. 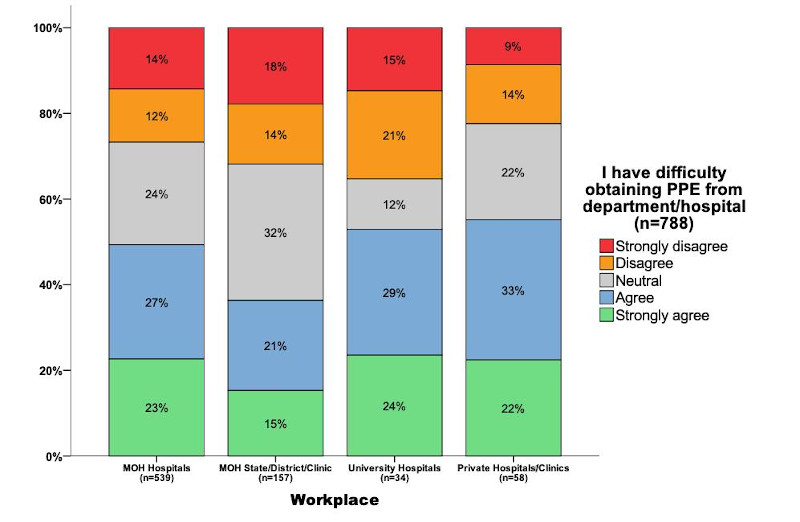 The survey also found these two types of facilities having the highest number of respondents at 225 (or 32 per cent of the 788 polled) that said they had reused the N95 face masks to last the whole day or a full shift, with the survey findings noting that as a whole 27 to 34 per cent of all respondents had agreed or strongly agreed to having done so amid the dwindling supplies of the N95 respirators.

“Although permissible, this practice increases the risk of infection of pathogens to the healthcare workers (HCW) and should be avoided if possible. HCW from MOH hospitals and state health/district health/clinics (36 per cent and 21 per cent respectively) also have practised extended usage of PPE in the past 1 month despite MOH recommendations for extended use was only released on the April 16, 2020,” the group said. 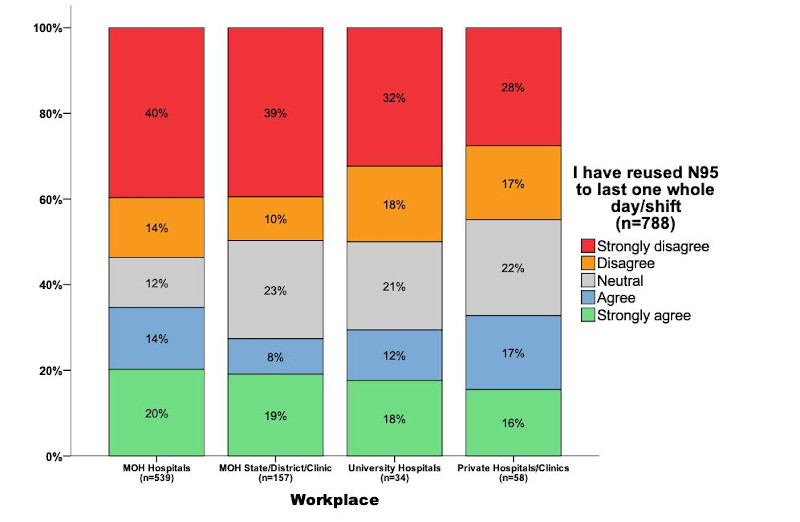 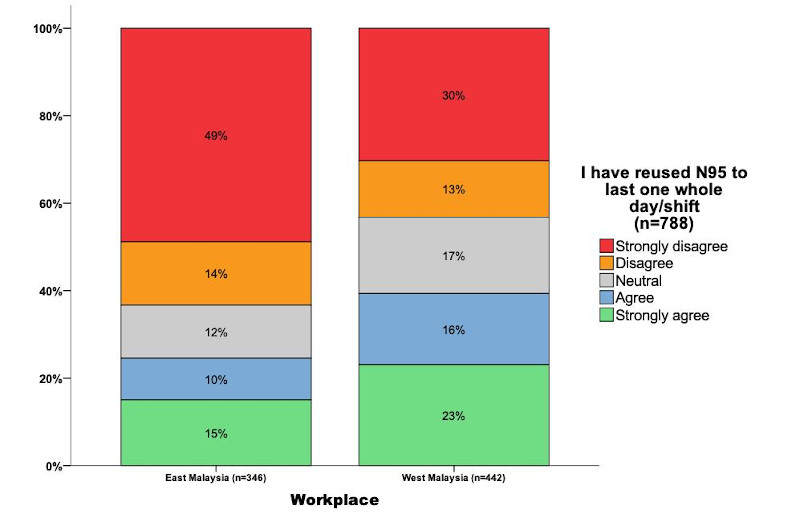 “There is an urgent need to look into the procurement of alternatives to N95 respirator masks such as reusable face respirators with replaceable filters or KN95 respirator masks. Understandably, the global shortage of N95 has led to difficulties of procurement and therefore the pressing need to look into scientifically proven decontamination methods that will be safe, easy and sustainable for all types of health facility to use that can allow them to recycle the usage of N95,” the group added in its report.

Lack of use of standard guidelines for PPE usage

Touching on the second issue on the lack of consensus on the guidelines for PPE usage among healthcare workers, the survey found that some centres were using their own protocol on PPE usage that differs from MOH’s guidelines.

The group of five doctors said such a situation may cause confusion among healthcare workers and led to a difference in the numbers of the different types of PPE used, which would then result in lack of compliance to MOH’s guidelines on PPE usage.

“Lack of compliance to the guideline will in turn lead to inappropriate use of PPE hence contributing to the shortage of PPE,” the survey report said. 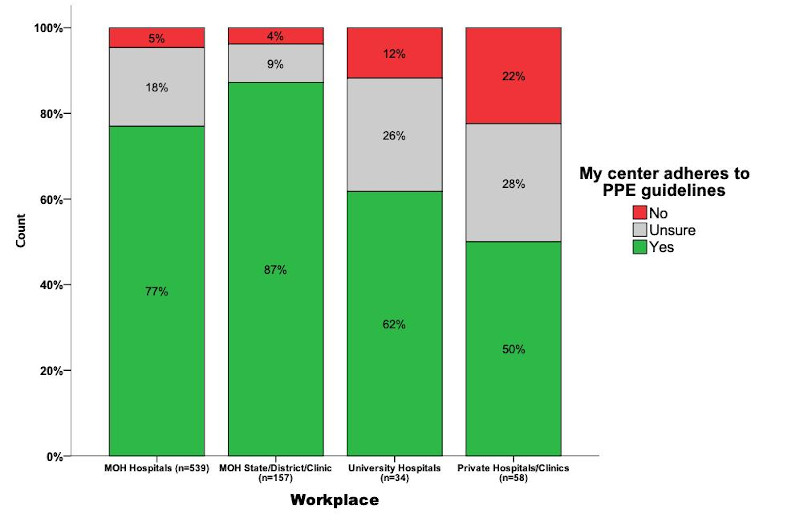 The group of five doctors also noted suggestions by healthcare workers polled for the guideline on PPE usage to be revised, in order to take into account that the existence of asymptomatic individuals infected with Covid-19 mean that there is high risks of encountering probable patients at what may have been considered to be low risk areas (such as administrative areas, departments not directly dealing with Covid-19 patients such as orthopaedic surgery, dermatology, ophthalmology.

“Apart from ensuring that protocols/guidelines for PPE usage are available and accessible, there should be in place some form of monitoring mechanism of the adherence to PPE guidelines. Lack of compliance to protocols can be more disastrous than having no protocol at all,” the survey report said.

While acknowledging the limitations of the survey which involved a small sample size and was conducted informally by a group of Malaysian doctors and as it was not a proper randomised study, the group said they did not have any conflict of interests and hoped that the range of respondents from various health facilities and in all states and federal territories would enable their responses to serve as a guide of the reality on the ground.

“This survey may be used to further plan a nationwide assessment or a proper audit on the issues discussed in this report,” the group added.

The group of five doctors then went on to propose 10 suggestions to improve the current system regarding PPE, including a “coordinated national stock-piling of PPE” involving both the Health Ministry and coordination between local companies and factories to ensure a constant and steady supply of locally-produced PPE.

The group suggested that the PPE burn rate calculator as suggested by the World Health Organisation (WHO) be used in all health facilities to correctly determine demand for PPE, setting up a centralised transparent database of PPE stocks in each health facility that can be accessed by all head of departments to ensure check and balances for transparent distribution, as well as a transparent mechanism for healthcare workers using the PPE to directly give feedback to those in charge of needs assessment and distribution.

The group also proposed a revamp of the current PPE distribution and request system to ensure adequate supply reaches all centres, and a review of the risk assessment for departments or wards not managing Covid-19 positive patients and a review of the PPE guideline to include additional protection for healthcare workers not working in high-risk areas like Covid-19 wards or Intensive Care Units (ICUs).

The group suggested that all stakeholders such as health facilities under the Health Ministry, universities or private sectors agree to use the same guideline of PPE usage, and compulsory training of trainers and subsequently all healthcare staff on the guideline, as well as both an internal and external audit to assess healthcare workers’ compliance levels towards the guidelines and to take remedial actions to improve compliance.

On April 16, Dr Noor Hisham had also said that Malaysia’s healthcare workers under the Health Ministry use 59 million units of PPE every month.

On April 18, Dr Noor Hisham had also said there were enough PPE supplies to be distributed to frontliners for a month with procurement ongoing for some that were running low, and had also said the supply of N95 mask has been resolved.

In its report on the survey carried out from April 13 to April 19, the group of five doctors also highlighted the Health Ministry’s urgent and commendable responses to the PPE shortage issue, including previous reassurance of ramping up of PPE procurement and looking into distribution issues, and the ministry’s setting up of nationwide hotline contact numbers and emails for government health facilities to inform when there are PPE shortages, as well as guidelines issued on the rational usage of PPE and using PPE according to risk assessment. 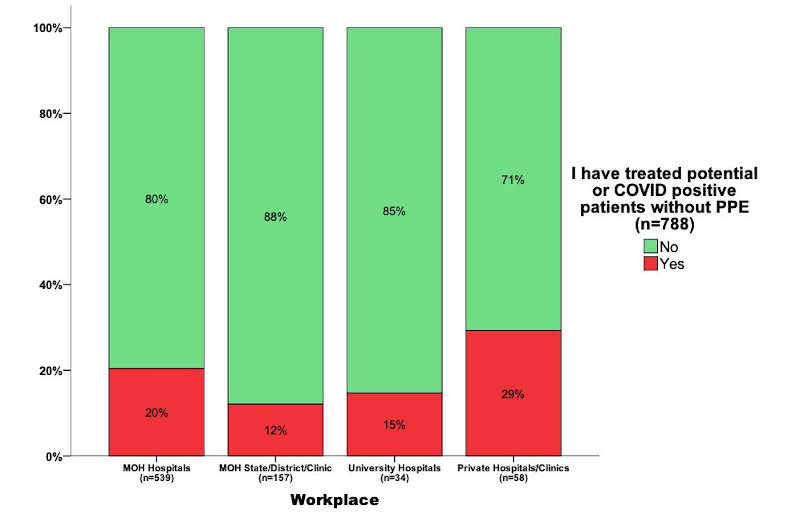