The need for a shared prosperity model: How income disparity can lead to political instability

A general view of the Seri Pahang People's Housing Projects in Kuala Lumpur September 28, 2019. — Picture by Firdaus Latif
Follow us on Instagram, subscribe to our Telegram channel and browser alerts for the latest news you need to know.
By KENNETH TEE

KUALA LUMPUR, Oct 1 — The income disparity between different sections of society can lead to political instability if left unaddressed, analysts and observers have said.

Some believe that civil unrest, like that in Hong Kong and many other countries now, should serve as a cautionary tale for Malaysia, and that a similar occurrence could happen here if the issue of a widening income gap is not dealt with immediately.

As such, they said Putrajaya’s upcoming Shared Prosperity Vision 2030 (SPV2030) should make solving income disparity its primary goal to ensure continued political stability in the country.

“If nothing is done to close the huge gap, then — not only in Malaysia but other parts of the world as well — this can be considered a ticking time bomb that can cause social upheaval and discontent among our citizens.

“The trouble in Hong Kong is not too far removed for us in Malaysia... riots may occur if injustice in income level is not taken care of,” political analyst Azmi Hassan told Malay Mail.

Touted as a new economic model which advocates shared prosperity, the SPV2030 aims to provide a “decent standard of living for all Malaysians” by 2030 regardless of economic class, race, and geographic location.

Azmi further suggested that income disparity is considered a readily available catalyst for groups that wish to cause unrest in the country.

“A good example is the Egyptian revolution of 2011 whereby Egyptians demonstrated due to economic reasons vis-a-vis income disparity among its population,” he said.

In the current definition, Malaysia’s official Poverty Line Index is a household monthly income of RM980 nationally, and a higher level of RM1,020 for Sarawak and RM1,180 for Sabah.

Officially, 24,700 households (or 0.4 per cent of total households) in Malaysia fall under this category.

Azmi said the government must take responsibility and admit their shortcomings following the United Nations findings.

Expressing optimism, Azmi further said the SPV2030 could play a bigger role in helping the government create a more just and stable economic environment as it aims to address the income gap that penetrates all strata of society.

Universiti Kebangsaan Malaysia associate professor Kartini Aboo Talib Khalid believes that the Hong Kong unrest will not necessarily be replicated here, as Malaysians would not resort to violence to make their voices heard.

“Violence is not the option for Malaysians. We are likely to bargain, negotiate and mediate the issues among all parties and ethnic representatives to find a common ground to ensure harmony can be retained,” she said.

However, Kartini said income disparity has become more severe due to class elites and monopolies where wealth is not properly distributed to those at the bottom.

“The T20 is commonly the capitalist elites, political elites, royalty and those social classes who allow the wealth to be distributed among them. Without a network and connections, no one will be able to break the monopolies,” she said.

Last year, Khazanah Research Institute’s “The State of Households 2018” report noted that the gap in the real average income between the top 20 per cent households (T20) and the middle 40 per cent (M40) and bottom 40 per cent (B40) households in Malaysia had almost doubled compared to two decades ago.

Despite years of government policy-making and initiatives to address the problem, the income disparity has remained unchanged, if not widened.

Kartini said in fact the B40 have only increased in size over the years due to cost of living and lack of capital to start or to move up as they are stuck in a vicious cycle of poverty. 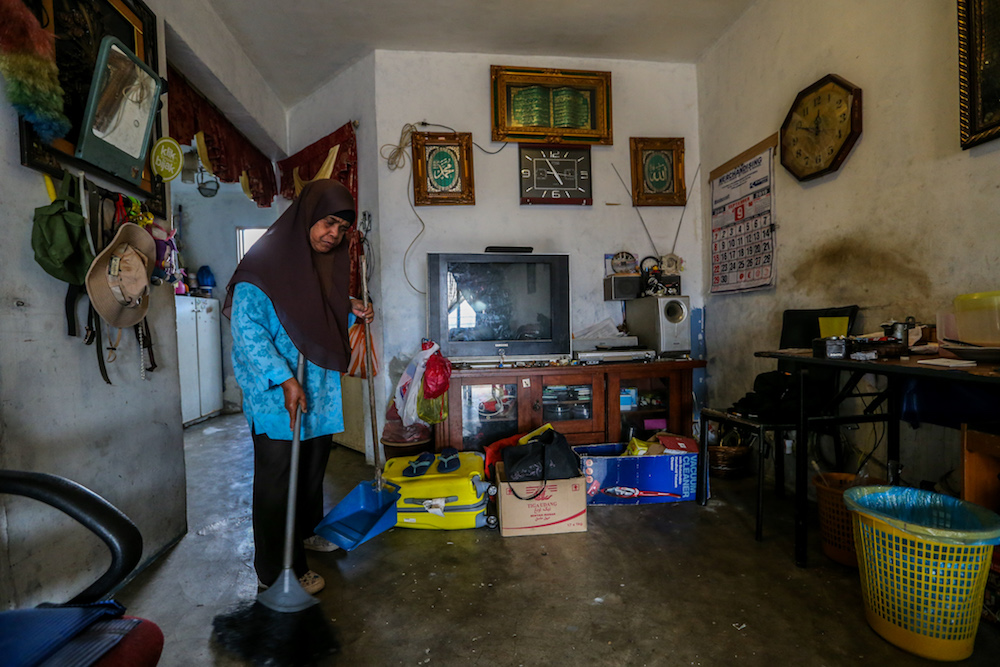 A general view of a residential unit at the Kampung Limau People’s Housing Project. — Picture by Firdaus Latif

“Our Shared Prosperity is about creating a level playing field, access, opportunity for the B40 to move up and improve their lives with a better redistribution of state wealth to the needy.

“Everyone has an equal share of prosperity, no one has to have a reason to be unhappy. You have a Ferrari, I have too — same cylinder, same model, different colour perhaps, thus what is there to envy?” she said, referring to the luxury sports car.

Hypothetically speaking, Kartini said SPV2030 could be “the” solution to addressing poverty, provided that the mechanism for implementation is transparent.

“Now we are seeing a model that attends to poverty vertically (household classes) and horizontally (ethnicity) as Malays and Bumiputeras are still the majority of those living in poverty within the B40 group,” she said.

Nonetheless, she said the SPV2030 will also ensure political stability if the economic environment for the B40 ethnic Malay and Bumiputera were to substantially improved.

While the urban poor was previously centred around Kelana Jaya, Subang MP Wong Chen pointed out his constituency has now seen several emerging pockets of poverty in areas such as Kinrara and Subang Jaya in recent years due to the widening economic gap. 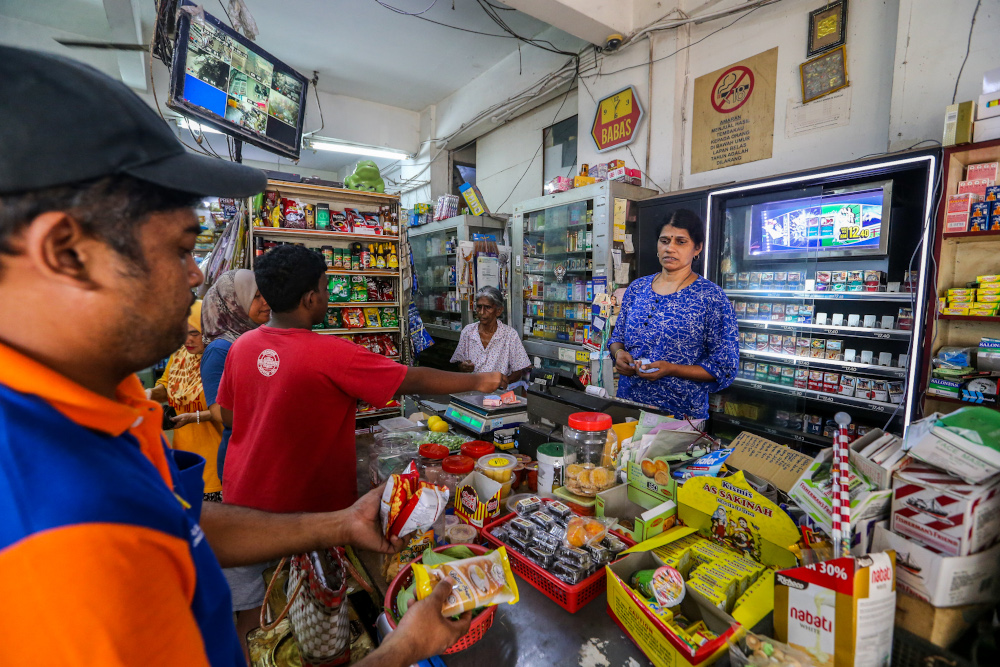 Commonplace sundry shops like this one in Desa Mentari People's Housing Projects (PPR) in Petaling Jaya provide essential goods to those living in PPRs at an affordable price. — Picture by Firdaus Latif

“We have to look at this SPV and ask the most basic question, how can we create greater equality. For a start, the minimum wage should be increased to RM1,500 immediately,” he told Malay Mail.

“To enable this, the government must allow full International Labour Organisation (ILO) labour rights to be given to workers and then let the free market set the wages.

“If the Cabinet can just do that, then we will see a real narrowing of asset and income inequality. Otherwise, SPV risks being just another empty catchphrase like 1Malaysia,’ he said.

While drawing comparisons with Hong Kong protests which are focused on political rights and income inequality, Wong said Malaysia has yet to reach a similar boiling point.

“The most politically stable countries in the world have high levels of equality. This is simple to comprehend, by sharing more and eliminating desperation, citizens will be much happier and more united,” he said.

Most of the Klang Valley’s urban poor reside in cramped units of People’s Housing Projects such as the one seen here in Desa Mentari, Petaling Jaya. — Picture by Firdaus Latif