“Our bank (AmBank) was pre-empted that funds amounting to RM2.68 billion (US$681 million) would be deposited into an account opened by Najib in 2011,” she said during cross-examination.

Cross examined by Najib’s lawyer, Harvinderjit Singh, Uma Devi agreed that AmBank was made aware the RM2.6 billion was a donation, from one Prince Faisal bin Turki, and Blackstone Asia Real Estate Partners.

Prince Faisal is a member of the House of Saud, the Saudi Arabia royal family.

She said the bank had knowledge that these amounts of money credited were donations and gifts.

She also agreed with Harvinderjit that AmBank and its group head treasury had received a letter dated July 30, 2013 signed by Najib instructing them to convert the remaining RM2.034 billion from the original donation into US dollars to be returned to the donors.

When asked to confirm if such large amounts of cash, namely the RM2.034 billion (US$620 million) being remitted out of the country would be scrutinised by BNM’s ROMS, Uma Devi replied in the affirmative to the query.

“For the total amount of RM1.9 billion (US$645 million) in 2013 (alone), would the sum have been under reporting done by BNM and made to provide bank documents?” Harvinderjit asked, to which she replied “yes.”

She subsequently confirmed to court that a total of RM2.034 billion (US$620 million) were remitted out of the country on August 23, 2013.

She also pointed out how Najib did not provide a thumbprint specimen when opening an account at the bank in 2013.

“There was an email communication and customer service manager Zainal Sulaiman approved it, with bank manager Mr Teh and relationship manager Joanna Yu being aware of the matter,” she said.

Refering to the instruction letters purportedly signed by Najib, Uma Devi said signatures on the letters and signatures provided to the bank during the account opening process were not identical.

Trial resumes at 9am tomorrow. 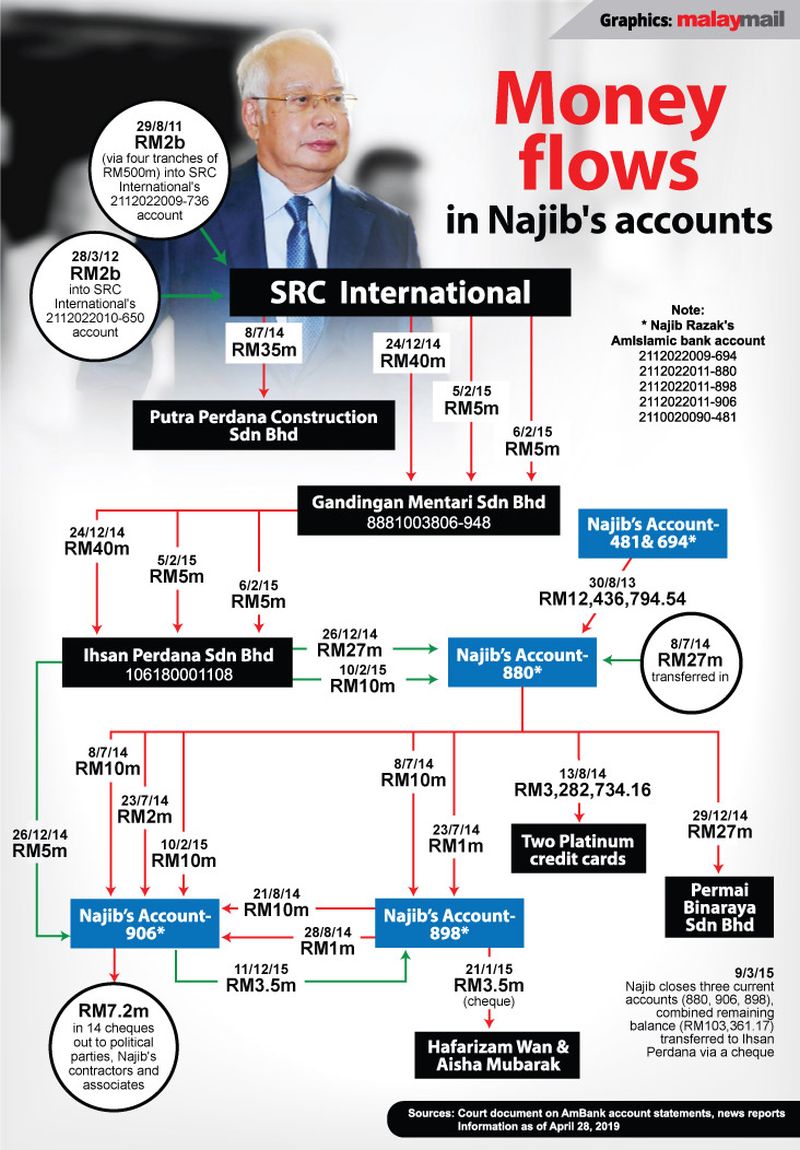