KUALA LUMPUR, May 16 — Freed from jail, Datuk Seri Anwar Ibrahim said today he will not seek a timeframe to take over as prime minister from the incumbent Tun Dr Mahathir Mohamad.

Speaking at his home in Segambut here after being royally pardoned and cleared of his sodomy conviction, the de facto PKR leader also took great pains to stress that he has no issue working with his former nemesis but trusts Dr Mahathir’s leadership.

“I will give him all the support necessary to allow him to ensure that the agenda for reform be effectively carried out.

“I do not want to be seen to be hasty or to demand for an immediate time frame,” Anwar told a news conference.

Yesterday, Dr Mahathir said he would remain prime minister for about two years to ensure that all of Pakatan Harapan’s (PH) reform plans are executed.

Anwar said that he will be taking some time off to travel as he has already received offers to conduct talks in many international universities.

He also questioned why some people continued to harp on his past with Dr Mahathir, saying the latter has proven himself by working hard and supporting PH’s reform agenda, which facilitated his release.

“I continue to have direct contact with Tun Dr Mahathir. I believe we will ensure a smooth transition.” 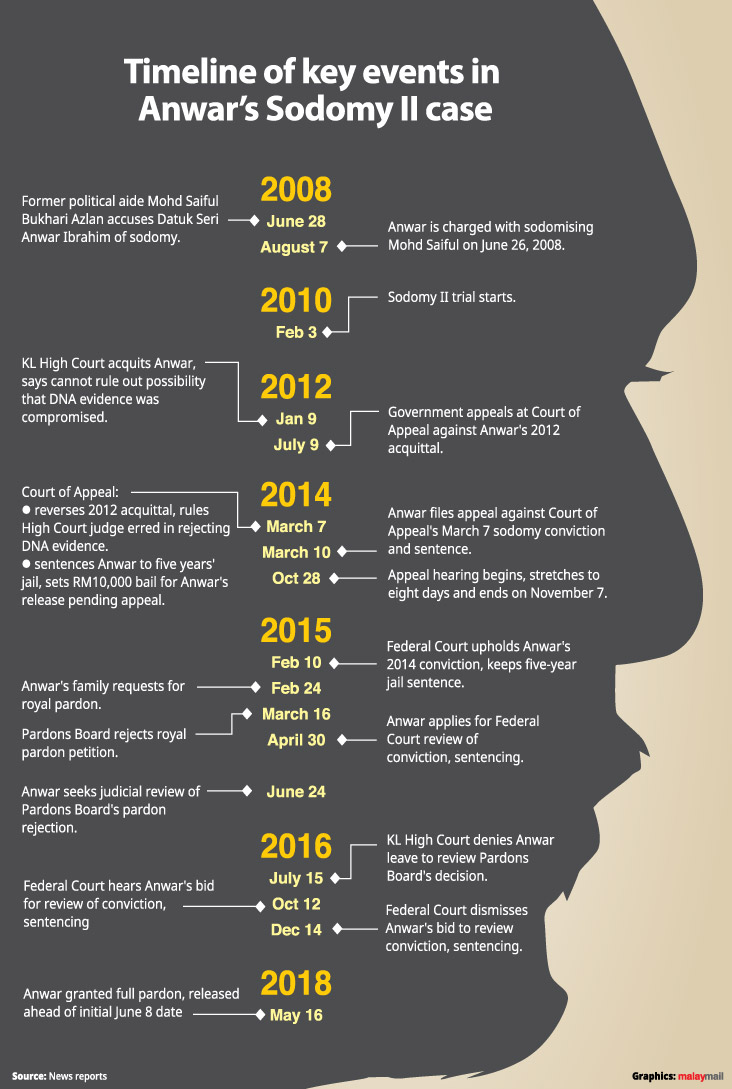