KUALA LUMPUR, May 2 — PKR’s Fahmi Fadzil has pledged to review and gazette the Kuala Lumpur City Plan 2020 if he wins the highly urban Lembah Pantai parliamentary seat this GE14.

The 37-year old engineer said the plan would resolve much of the issues surrounding the constituency and the national capital as a whole.

“The housing problem for those in Pantai Dalam should be resolved if we have the KL City Plan 2020.

“With the plan we will know what is going to be built in front of us, whether it is going to be a golf course or a skyscraper. I believe that is what is needed for KL,” the first-time electoral candidate said on the stump in Lucky Gardens, Bangsar last night to much applause from the umbrella-holding audience.

Despite the rain, a crowd had built up on the sidewalks of the shophouses in the market area where the Pakatan Harapan ceramah was held. The gathering even spilt out onto the road separating the makeshift tent under which Fahmi stood, from the shophouses.

Continuing his speech, Fahmi explained how the city plan could ease the daily traffic woes faces by Klang Valley residents.

He noted the massive traffic jams around the upscale Bangsar neighbourhood as well as in densely-populated Bukit Kerinchi, Pantai Dalam, Pantai Ria public housing neighbourhoods during the evening rush hour especially, which he claimed was caused by commuters trying to avoid the tolled New Pantai Expressway.

The city plan was drafted in 2009 and completed in 2012 at a cost of RM30 million. Raja Nong Chik was serving as Federal Territories minister at the time.

Also at the ceramah last night was DAP candidate for the Segambut parliamentary seat Hannah Yeoh. She urged Lembah Pantai residents to throw their support behind Fahmi, saying that he is brave enough to stand as their candidate. 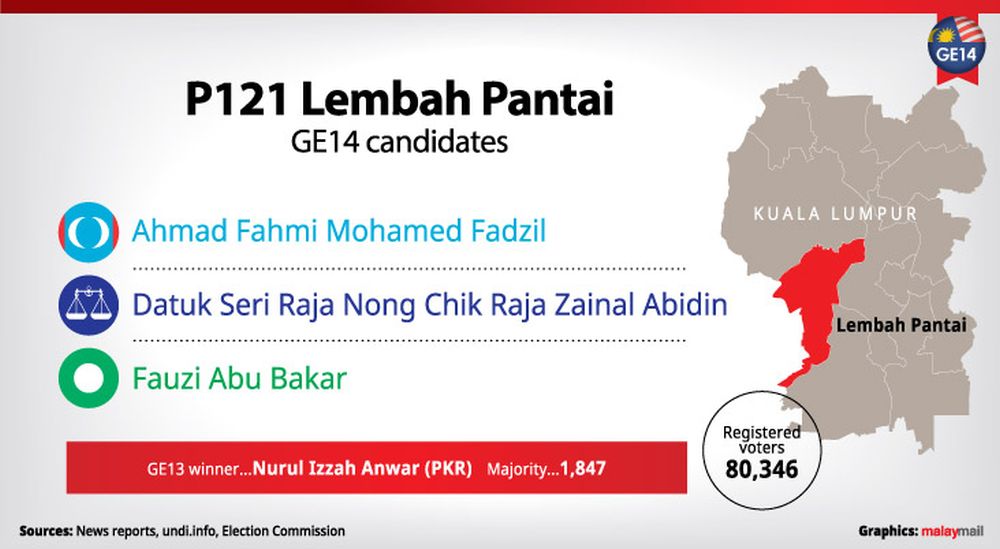