KUALA LUMPUR, April 3 — DAP secretary-general Lim Guan Eng claimed he was shocked that lawmakers from rival PAS voted for the Anti-Fake News Bill 2018, saying the Islamist party was acting like a member of the ruling Barisan Nasional (BN).

Commenting on remarks by Pasir Mas MP Nik Mohamad Abduh Nik Abdul Aziz in support of the Bill, he questioned why an Opposition party would back a law that is criticised as oppressive.

“We had expected them to oppose but I was shocked that they supported the Bill.

“Are they an Opposition party or part of Barisan Nasional?” he asked reporters at a press conference in Parliament today.

Lim described the law’s effects as insidious, saying it would cause journalists to operate with a cloud of fear hanging over their heads.

“Everyone, both Opposition lawmakers and journalists, should know that this Bill will obstruct us from performing our job professionally, because at the back of our minds, we will be wary that we can be charged. This is a form of self-censorship,” he said.

The Bill was passed in Parliament by a majority voice vote after a brief debate at the committee stage yesterday.

Prior to that, Putrajaya amended the Bill to reduce the maximum prison term from 10 to six years and to require malicious intent for a conviction.

It must still be approved by the Senate before it can be gazetted as law. 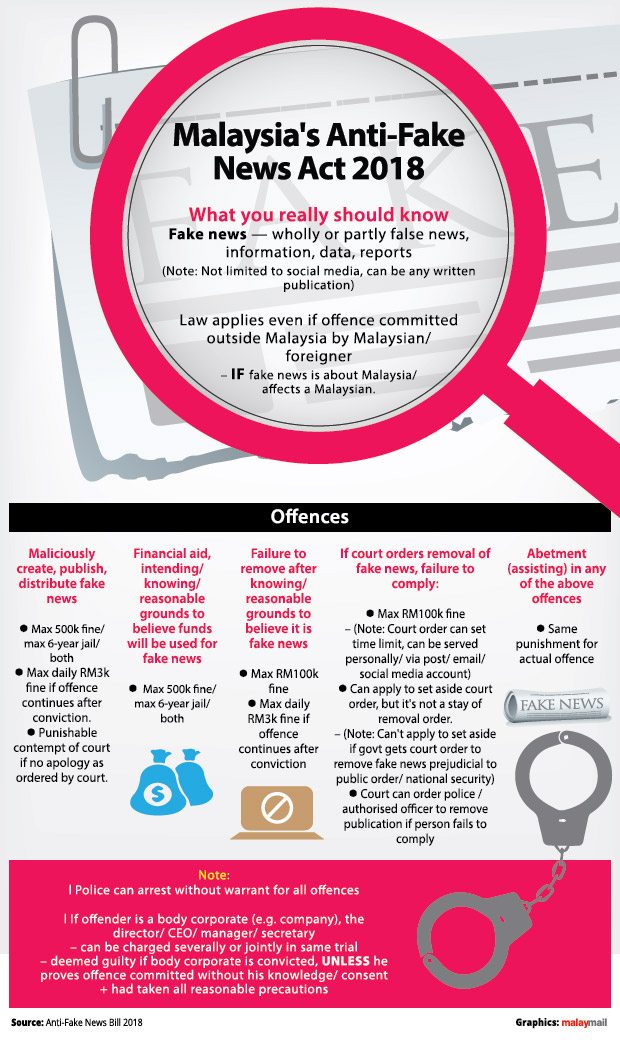