Civil servants give thumbs up to Budget 2018 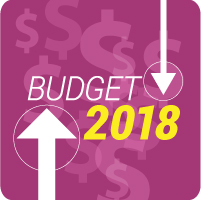 KUALA LUMPUR, Oct 27 — Budget 2018 tabled by Prime Minister Datuk Seri Najib Razak today was enough to give cheer to the country’s 1.6 million civil servants, said the Congress of Union of Employees in the Public and Civil Services (Cuepacs).

Its president, Datuk Azih Muda, said while not all the group’s demands were met, there were enough steps to help alleviate the burdens that civil servants said they were facing over the past year.

These include the second time-based promotion for support staff after 13 years from their first promotion and raising the minimum pension to RM1,000 monthly for retirees with over 25 years of service, among others.

“Although our proposals to increase civil servants’ allowances and their salaries were not acted upon, nonetheless the government took different steps to address the issues,” he told Malay Mail from London, where he is on a business trip.

“Particularly the introduction of the new working hour from 9am to 6pm is helpful for civil servants based in urban areas, who can now have more time to look after their children,” he said.

Azih also praised the other benefits such as increasing leave for education officers and those going on umrah, along with full pensions for public servants retiring for health grounds and in-house master’s and doctorate programmes for civil servants.

“All these are what we brought up to the government, and I am glad to see it has been addressed in a fair manner,” he said.

Women in the public service will also gain additional benefits, including shorter work hours for women pregnant five months and above, while total maternity leave will be increased from 300 to 360 days.

“This makes things much easier, in addition to the day care facilities at government office which has been in effect for some time. Young, growing families can now save more with the benefits at hand,” he said.