Reporter to file suit against Chinese newspaper over unfair dismissal 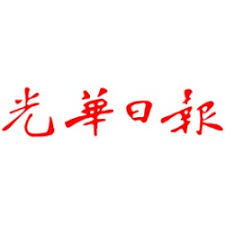 GEORGE TOWN, Oct 12 — A National Union of Journalists (NUJ) division chairman, who was sacked from his post in a Chinese newspaper, will file a suit at the industrial court against his former employer for unfair dismissal.

Chua Cheong Wee, 48, who is the NUJ Kwong Wah Yit Poh division chairman, was let go by his company for alleged insubordination.

“As advised by the NUJ president, I will file the suit against Kwong Wah tomorrow morning,” Chua said when contacted by Malay Mail Online today, referring to the daily.

He said NUJ president Mohd Taufek Razak had attended an internal inquiry held by the Kwong Wah Yit Poh management today and found that the justifications given by the management for his dismissal was not satisfactory.

Chua, who was transferred to Kuala Lumpur recently, said he had merely asked for two days leave so that he could visit his family in Penang that had led to an argument with his superior.

“When my superior rejected my application and only allowed me to take one day leave, I told him I needed more days as I had to travel to Penang but he refused and then an argument broke out between us,” he said.

He said this incident happened about two weeks ago.

He added that he had always fought for the rights of Kwong Wah reporters under NUJ and that he is currently discussing new terms for the Collective Agreement (CA) with the management.

“Maybe this is why I don’t always see eye-to-eye with the management because I am always going after them to discuss better terms for the CA,” he said.

NUJ issued a statement today over Chua’s termination from his position in Kwong Wah, stating that this is the second time an NUJ division chairman was fired.

The statement, by Mohd Taufek, said NUJ Utusan Melayu division chairman Amran Ahmad was terminated from the newspaper in 2009 and his case is still pending in industrial court.

Chua has worked as a reporter with Kwong Wah for almost 25 years and was transferred to Kuala Lumpur in April this year.