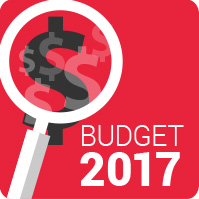 KUALA LUMPUR, Oct 21 — The government provided a major boost to private investments and small and medium scale enterprises through pro-business strategies in the 2017 budget that clearly is set to instill greater investor confidence and propel the economy to greater heights amid external headwinds.

In measures which encourage domestic demand, Prime Minister Datuk Seri Najib Tun Razak said private investment would expand 8.1 per cent to RM230 billion in 2017, arising from several infrastructuture projects that would lead to continued brisk construction activity much to the glee of contractors.

In tabling the budget at the Dewan Rakyat today, he also handed out incentives to heighten Malaysia’s position as an Islamic financial centre, empower Bumiputra entrepreneurship and further develop the country’s five economic corridors.

In pushing for a business-friendly environment, the Prime Minister also announced that fixed line broadband service providers will offer higher broadband speed at the same price which will facilitate international commerce and invigorate internet-based innovation.

He also announced that the Goods and Services tax (GST), which was a saviour to government in view of the plunge in crude oil pruices, managed to rake in a collection of RM30 billion as of Oct 19, 2016.

Malaysian Investment Development Authority (MIDA) will be allocated RM522 million with emphasis given to chemicals, electric and electronics, and R&D activities.

The budget, themed “Ensuring Unity and Economic Growth, Inclusive Prudent Spending, Wellbeing of the Rakyat,” was valued at RM260.8 billion, up 3.4 per cent from the 2016 recalibrated budget.

It is the eighth national budget presented by Najib at the Dewan Rakyat today since becoming Prime Minister in 2009.

Of the total allocation, RM46 billion would for development expenditure which does not include contingencies that amounts to RM2 billion.

“The revenue collection in 2017 is expected to expand at around three per cent to RM219.7 billion.

“The government is expected to achieve the fiscal deficit target of three per cent of gross domestic products (GDP) in 2017, compared with 3.1 per cent this year,” he said.

“Fitch had rated Malaysia with ‘A-’ compared with the Philippines (BBB-), Thailand (BBB+) and Viet Nam (BB-).

“Our rating is similar to that of advanced and larger economies such as South Korea (AA-), China (A+), Taiwan (A+), Japan (A),” Najib said.

Najib also dished out sufficient funds to further strengthen the nation’s economic resilience and measures to cushion the impact of external vulnerabilities.

The government, he said, will also upgrade infrastructure in rural areas through various measures which include the implementation of the new East Coast Rail Line project connecting Klang Valley to the East Coast, in phases.

The government will also accelerate the implementation of Pan Borneo Highway in Sabah and Sarawak, which will not only help communication but also open up economic opportunities and activities.

A sum of RM100 million was allocated to restore the East Coast railway line along Gua Musang – Tumpat that was destroyed during the floods last year. In order to increase the trip frequency of the Electric Train Service (ETS) for the Johor Bahru – Padang Besar route, an allocation of RM1.1 billion was proposed.

To invigorate the domestic capital market, government-linked investment companies will allocate a special fund up to RM3 billion to fund managers licensed under the Securities Commission to invest in potential small and mid-cap companies.

In addition, a Capital Market Research Institute will be established with initial funding of RM75 million, provided through Capital Market Development Fund.

For export promotion programmes to local SMEs by MATRADE, MIDA and SME Corp, a sum of RM130 million is provided through National Export Promotion Funds.

Loan financing totalling RM200 million and insurance credit facilities with coverage valued up to RM1 billion will be provided by EXIM Bank to SMEs.

A sum of RM286 million was also provided to increase exports of palm oil, rubber, cocoa and pepper.

While emphasising the importance of the roles of SMEs, Najib said the government had declared next year to be the Startup and SME Promotion Year in line with the role of SMEs in significantly contributing to the nation’s growth and labour market.

“To promote the development of SMEs, the government will allocate a total of RM75 million to implement programmes under the SME Master Plan.

“A guarantee of up to RM15 billion is provided under the various schemes of Syarikat Jaminan Pembiayaan Perniagaan (SJPP) to be extended till 2025,” Najib said.

To invigorate startups, a total of RM200 million from the Working Capital Guarantee Scheme (WCGS) Fund will be specifically allocated to startups.

To empower the Bumiputera agenda, the Prime Minister said the government will allocate RM100 million to SME Bank to increase opportunities to Bumiputera entrepreneurs.

He also proposed the Facilitation Fund amounting to RM500 million to the government’s Bumiputera Agenda Steering Unit or TERAJU to assist Bumiputera companies to expand their businesses or to start a new business.

A total of RM100 million for Export Fund under TERAJU was set aside for Bumiputera companies to penetrate into international markets.

“The agenda of empowering Malays and Bumiputeras will continuously be upheld,” Najib said.

Turning to online connectivity, Najib said the Malaysian Communications and Multimedia Commission (MCMC) will provide RM1 billion to ensure the coverage and quality of broadband nationwide reaches up to 20 megabytes per second in efforts to enhance digital connectivity. — Bernama 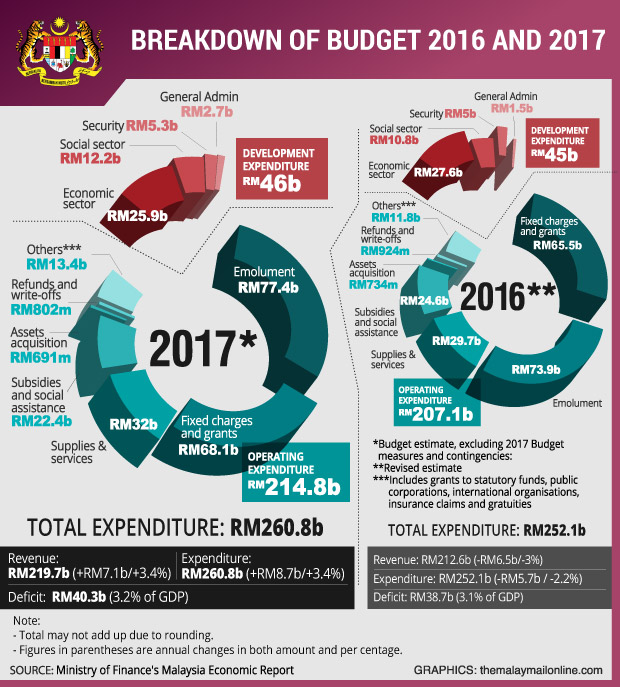