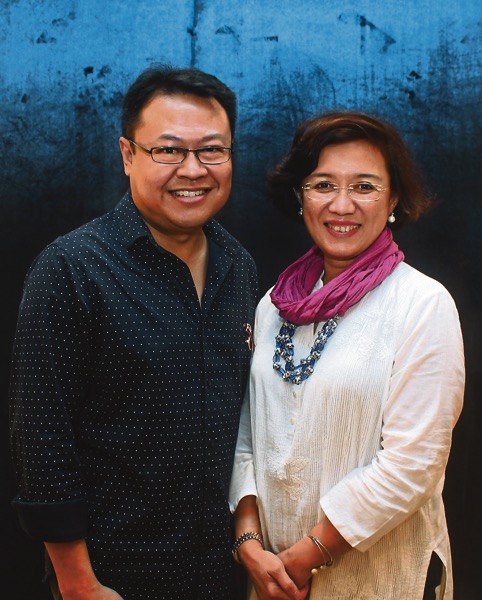 KUALA LUMPUR, May 30 — For some, the newly appointed Malaysian AIDS Council (MAC) president Bakhtiar Talhah ticks all the wrong boxes.

But the 42-year-old is using the negative perceptions of being HIV-positive and gay to bring positive changes to the way the disease is fought in the country.

This is especially in a time when the face of HIV transmission has changed from injecting drug users to sex.

Bakhtiar, who was voted into the position during MAC’s 13th biennial general meeting on Saturday, was executive director for MAC and Malaysian AIDS Foundation (MAF) from 2008 to 2010.

His brave move, he said, was not to create discomfort among certain quarters but to peel the layers away from the stigma and discrimination faced by people living with HIV. This is especially so when it involves sexual minorities.

“I want to be part of the solution. The affected populations are the MSM (men who have sex with men), sex workers and transgenders,” said Bakhtiar, who was diagnosed when he was 21.

“It is not easy to reach out to them because of the social stigma attached. We need to create an environment of openness.”

Bakhtiar said his new position would allow him to work with various stakeholders, including government agencies, to stem sexual transmission before matters get out of control.

The Health Ministry recently declared HIV infection from unsafe sex was now its No. 1 enemy in battling the disease.

Injecting drug users made up 561 of new infections, while there were 19 cases of mother-to-child infections. There was no information for 149 cases.

“Let’s not live in denial. We have not been able to talk about sex openly in the longest time. I am talking about it based on evidence and looking at the numbers,” he said.

Bakhtiar also raised alarm bells on the number of infections that were not reported and led to the cycle of infection because of unprotected sex. He said Malaysia was not unique when it came to how the disease was transmitted.

“MAC needs to work with government agencies especially the Health Ministry. We cannot afford to do nothing,”  he said.

The Princeton University graduate in Chemistry and Environmental Studies got involved in HIV/AIDS work in 1995 as a volunteer at the Gay Men’s Health Crisis in New York City during the early years of the disease.

He was also a volunteer at AIDES in Paris, primarily working on outreach programmes in the city while studying at the Universite Paris-Sorbonne.

During his time at MAC and MAF, Malaysia expanded its harm reduction programme with the rolling out of the needle and syringe exchange initiative, besides strengthening its MSM, sex worker and transsexual outreach campaigns across the country.

He is also adviser to the Family Health Development Association in Penang and a member of the Kuala Lumpur AIDS Support Services (KLASS) and Pertubuhan Komuniti Cakna Terengganu.

Professionally, he is the chief executive officer of Akar Budaya, a business consultancy firm, and regional director of a global professional engineering body.

Bakhtiar’s decision to run for president was triggered by the death of a friend who was diagnosed with HIV in the same year as him.

“It is personal impetus. We went through a lot. We took the HIV journey together.

‘‘His death just triggered something in me. He gave up and went into depression,” he said.

“I thought to myself, I have come this far. I have done a lot professionally. I am seeing young gay men getting infected.

“And this was the same thing which was happening 21 years ago. I was taken back in time.”

Bakhtiar said he was also receiving calls from MSM as young as 16 for advice.

He said programmes concerning prevention, treatment, care and support needed to be relooked.

In terms of being a PLHIV, he is still on the first line treatment and does not see his status as a stumbling block.

“I have a positive outlook on life. I will not be dragged down. HIV is a manageable disease,” he said.

His plan for the next three months was to “recalibrate” MAC strategies.

“It’s about going back to the basics and looking at where the epidemic has impacted the key populations. We need to focus efforts, especially during a time when resources are limited,” he said.

Another matter would be to look at new sources of obtaining funds.

“I am excited. It is like coming home. I know the people at MAC who have achieved so much,” he said.

Bakhtiar’s term as MAC president will run for two years.