KUALA LUMPUR, Oct 25 — Datuk Seri Dr Ahmad Zahid Hamidi dismissed today allegations that he had admitted to vote-buying in his remarks about Budget 2016’s focus on Sarawak, saying the Barisan Nasional-led (BN) state deserves the allocation it was given.

The deputy prime minister also said that the administration was more concerned with making sure that Malaysians get their rightful benefits in their budget projections for the year.

“I think Sarawak deserves to get special allocation. It’s not so much about vote buying because they’ll be facing state election, but they deserve to get all (that is) announced in the budget.

“What is the interpretation of vote buying? You have to ask them. This is not about the general election but it’s about the concern of the Malaysian government in giving benefits and services,” Ahmad Zahid told reporters after launching the National Consumers’ Day at Dataran Merdeka.

The senior federal minister was responding today to questions on whether his remarks on Sarawak’s allocations were tantamount to vote-buying.

After Budget 2016 was tabled in Parliament Friday, Ahmad Zahid was asked by reporters to respond to the opposition’s allegation that the large allocation for Sarawak was tailored to win the coming state polls.

In his response, the minister had said, “It is indeed. That is a very positive comment from them on it.”

In Budget 2016, many allocations were set aside for Sabah and Sarawak, including RM70 million for zero-interest loans for longhouse constructions in both states, RM70 million as subsidy for hill paddy farmers there, RM260 million in subsidies to ensure goods prices there match prices in other states.

Other planned expenditure for Sarawak includes a RM142 million injection for the Samalaju Industrial Park and RM42 million for a new airport in Mukah.

Yesterday, the Election Commission (EC) said it must first verify the deputy prime minister’s remarks on Budget 2016 before it can determine if he had meant to link it to the next year’s Sarawak election.

EC chairman Tan Sri Abdul Aziz Yusof said it would be unfair for him to comment on Ahmad Zahid’s reported remarks before verification.

He stressed that he considers Zahid’s reported comments as “hearsay” for now until verification. 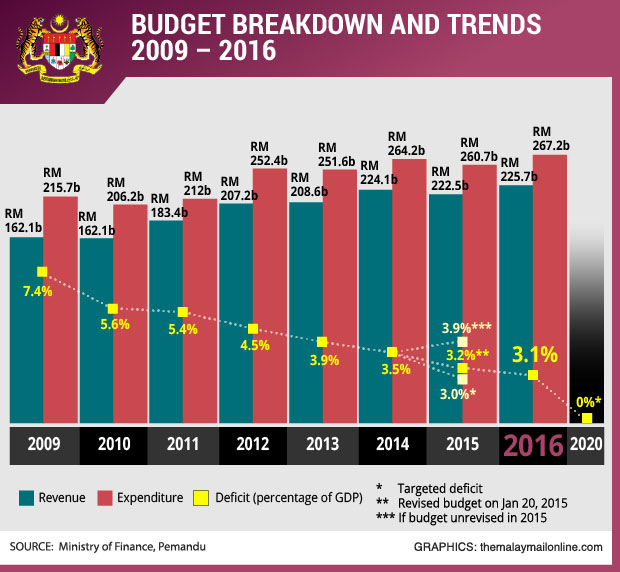