In a hasty press conference held in Putrajaya this afternoon, Prime Minister Najib confirmed rumours that Tan Sri Muhyiddin Yassin would be dropped as his deputy.

Rumours spread earlier today that Muhyiddin along with other ministers critical of Putrajaya’s handling of 1Malaysia Development Bhd (1MDB) would be dropped as part of a Cabinet reshuffle.

“The decision to replace Muhyiddin was a very difficult one, but I had to do it so a strong team can move forward.”

Muhyiddin had during the weekend urged Najib to satisfactorily explain the 1MDB controversy, claiming that he and other ministers were unaware of the “real facts”.

This resulted in a rare public rebuke from the Prime Minister’s Office yesterday, which urged Muhyiddin and other members of the administration not to pre-judge the ongoing investigations on 1MDB.

According to Najib today, Zahid Hamidi will also continue to be home minister. 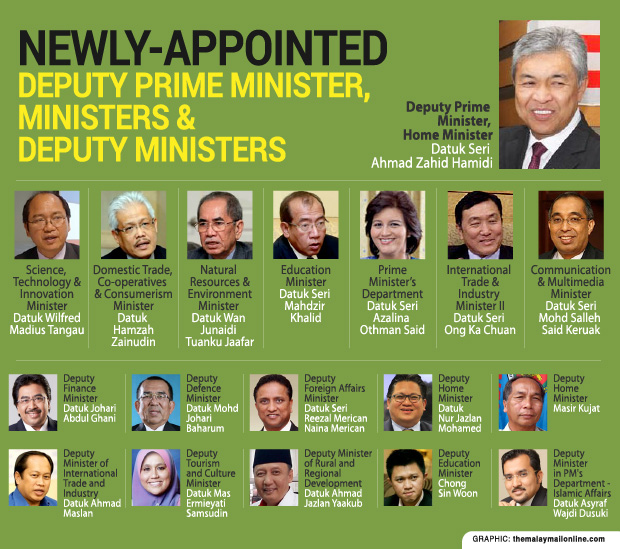