JAKARTA, Jan 30 — The pilots of AirAsia Bhd. Flight 8501 cut power to a critical computer system that normally prevents planes from going out of control shortly before it plunged into the Java Sea, two people with knowledge of the investigation said. 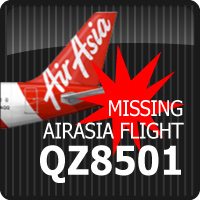 The action appears to have helped trigger the events of December 28, when the Airbus Group NV A320 climbed so abruptly that it lost lift and it began falling with warnings blaring in the cockpit, the people said. All 162 aboard were killed.

The pilots had been attempting to deal with alerts about the flight augmentation computers, which control the A320’s rudder and also automatically prevent it from going too slow. After initial attempts to address the alerts, the flight crew cut power to the entire system, which is comprised of two separate computers that back up each other, the people said.

While the information helps show how a normally functioning A320’s flight-protection system could have been bypassed, it doesn’t explain why the pilots pulled the plane into a steep climb, the people said. Even with the computers shut off, the pilots should have been able to fly the plane manually, they said.

Airbus discourages pilots from cutting power to systems because electronics in the highly computerised aircraft are interconnected and turning off one component can affect others, John Cox, a former A320 pilot who is now a safety consultant, said in an interview.

“Particularly with an Airbus you don’t do that,” said Cox, chief executive officer of Washington-based industry consultant Safety Operating Systems.

Flight 8501 climbed more than 5,000 feet (1,524 metres) in less than 30 seconds, rising above the altitude where it was authorised to fly, Ertata Lananggalih, an investigator with Indonesia’s National Transportation Safety Committee, said in Jakarta yesterday.

The co-pilot, with 2,247 hours of flying experience, was at the controls and talking to controllers while the captain, who had 20,537 hours, was monitoring, said Mardjono Siswosuwarno, the lead investigator of the crash. The account was the first description of the last moments of the flight.

The investigators didn’t address whether pilots had cut power to the flight augmentation computer system and said they wouldn’t release more information on the case.

Airbus is barred from commenting on the accident under international investigation treaties, the company’s North American spokesman, Clay McConnell, said in an e-mail.

From a cruising altitude of 32,000 feet, the single-aisle A320 climbed to 37,400 feet as pilots probably tried to avoid bad weather, Lananggalih said. The aircraft then descended slowly for three minutes before it disappeared, he said.

“The pilots were conscious when the manoeuvre happened,” he said. “They were trying to control the airplane.”

Such an abrupt climb would almost certainly cause a rapid loss of speed and a “very pronounced stall,” Cox said.

The aircraft, operated by the Indonesian affiliate of Malaysia-based AirAsia, disappeared from radar en route to Singapore from Surabaya.

Indonesia won’t release a preliminary report on its investigation into Flight 8501 because fact-findings could change rapidly, Tatang Kurniadi, head of the commission, said yesterday. Indonesia sent the preliminary findings to all countries in the investigation on January 28, Kurniadi said.

The pilots had sought permission from air traffic control to turn left and then climb to 38,000 feet because of storm clouds. Four minutes after the request, a controller cleared the pilots to climb to 34,000 feet, he said.

Satellite imagines showed storm clouds that reached as high as 44,000 feet, according to investigators.

The aircraft was in “good condition,” Siswosuwarno said.

All Airbus models produced since the 1980s are designed to prevent pilot errors from causing crashes. The planes are controlled by multiple flight computers, which limit pilots from overly steep turns or getting too slow.

In the event of a malfunction or loss of power, the flight protections will shut down and leave the pilots to fly the plane manually. That appears to be what happened before Flight 8501 entered the steep climb and stalled, the two people said.

Investigators are still trying to determine why the pilots would cut power to the flight augmentation computers by pulling a circuit breaker in the cockpit.

Indonesian authorities have so far recovered at least 70 bodies. Investigators still haven’t managed to lift the jet’s fuselage. The tail section of the plane has been retrieved. Indonesia’s military pulled out of the search this week.

Flight 8501 appeared to have stalled after climbing steeply, Minister of Transportation Ignasius Jonan said earlier this month. A stall occurs when airflow over the wings is disrupted or becomes too slow to provide lift and keep a plane aloft.

Indonesia has said it intends to shut the agency responsible for coordinating aircraft flight slots in three months. That’s after the AirAsia flight took off on a Sunday, without a Ministry of Transportation permit to fly that day.

The government has suspended the license of AirAsia for that route, found other airlines in breach of permits and removed officials involved from the ministry, AirNav Indonesia and state airport company PT Angkasa Pura 1.

AirAsia made an administrative error in flying QZ8501 on Sunday, AirAsia Indonesia Chief Executive Officer Sunu Widyatmoko said January 13. The carrier didn’t inform the Directorate of Air Aviation on the schedule revision, he told parliament in a hearing. — Bloomberg