For Keramat Malays, opposition to Datum condo beyond skin colour

But now he operates under a tent just behind the Jelatek LRT station, reusing discarded and dilapidated cabinets messily arranged as tables to place and wash customers' stoves.

For him and many others whose flats and shoplots were demolished to make way for a high-rise condominium, the plight in which they are in has fuelled much of their resentment and opposition to the project.

"I don't really mind if there are Chinese people here but if it’s possible, let there be 60 per cent Malays and 40 per cent of them," the soft-spoken man with a tired voice told Malay Mail Online when met yesterday.

"What I am really angry about is that PKNS did not consult us… they just paid us a meagre amount of compensation and left us to die,” he said, referring to the Selangor Development Corporation.

“What happens to us and our business, they don't care," he added. 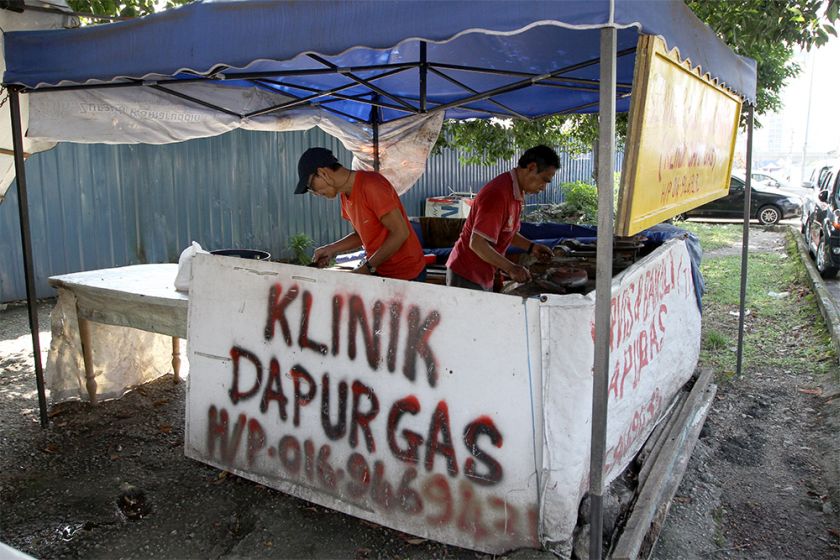 Kasim said he was given RM25,000 for compensation, but the amount was not enough for him to rebuild his business.

The internet has been buzzing about a protest that took place at the Datum Project site on Sunday, which ended up in violence as a mob claiming to be residents tore down the hoarding and damaged some of PKNS' properties.

But what stole the attention was not so much the aggression, but the reason given by the group in opposing the project: that they want to keep Keramat, a place of great significance to the city's dark racial past, a Chinese-free zone.

Residents surveyed during a visit to the area acknowledged that they have issues with the prospect of having Chinese neighbours, but the major factor driving their opposition to the project was frustration with the lack of consultation by the Selangor state government.

"I think if the mentri besar actually holds talks with us, consults us and sheds some light onto the project, residents here would not be as apprehensive about it," said Raoh Yon, who married a native Keramat folk and has been living there for more than 20 years now.

"But he and PKNS just ignored us. How would you, sir, feel if someone just barged into your home and wanted to build something right in front of your house but won't even ask what you feel about it," he added.

The project was approved during the tenure of Tan Sri Khalid Ibrahim as Selangor mentri besar, but he was replaced by PKR deputy president Azmin Ali last September.

Keramat residents’ association chief Salleh Majid had previously made the same allegation but Azmin claimed otherwise, telling journalists yesterday that PKNS and the state government had already met with residents before the project started.

This is when partisan politics come in. 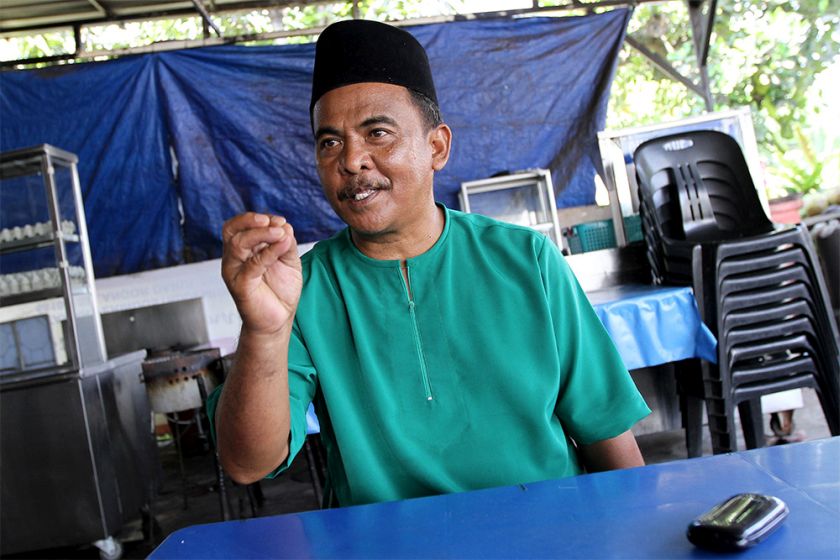 Raoh Yon said that the major factor driving Malay residents’ opposition to the project was frustration with the lack of consultation by the Selangor state government. — Picture by Yusof Mat Isa

While Raoh admitted that Azmin may have gone down to explain to some residents, he claimed that the meeting only took place at a surau where the majority of those there were supporters of the PKR man.

"Let's not talk about which party or what. Isn't he the MB? If he is, he should meet everyone regardless of their political leanings. Or the least he could do as MB is pretend to care. That would soothe some Malay hearts here," Raoh said.

Asked if this meant residents were actually open to the idea of Chinese coming into Keramat, the muezzin, who performs funeral prayers for a living, said it was "possible".

"Build the luxury condominiums. But also build affordable units next to it so Malays can afford to buy," he said.

But notwithstanding such reasons, fear of a Chinese "takeover" was very much real among Keramat's residents.

This strong anti-Chinese sentiment dates all the way back to May 13, 1969 when the infamous riots — sparked by what some historians saw as income inequality between the Chinese and the Malays — took place.

Datuk Keramat was among the many residential projects initiated by the-then Selangor Mentri Besar Datuk Haron Idris to balance the Malay-Chinese population in the city, and for many of them, this legacy must be preserved.

"I just want this place to be Malay majority. It has always been like that and that's how it should be," said one elderly resident when approached by Malay Mail Online.

"Keramat was started by Datuk Haron for the Malays. It should be kept that way," another said.

The Datum Jelatek Project that will be built on a 5.5-acre (2.2 hectares) piece of land had initially started as a low-cost housing redevelopment project.

But it was said to have “changed” into a proposal to develop four exclusive buildings comprising offices, a hotel and a shopping centre targeted at the high-income group and corporate sector.

Azmin had said that the project will continue despite the protest.