BH points to Anwar’s role in May 13, Ops Lalang

In an article recounting the opposition leader’s purported roles in both the racial riots of May 13, 1969 as well as the Ops Lalang security crackdown of 1987, the Malay-language newspaper said the public was unaware of what it termed Anwar’s parts in the two incidents.

“According to [anthropologist] Judith Nagata, Anwar took part in the mass demonstration protesting the Chinese insults against the Malays the day before,” read the article titled “Anwar’s crisis, Chinese people”.

It added the deadly riots that saw some 200 people killed had affected Anwar’s disposition towards the Chinese, which it said could be seen in his participation in subsequent protests with University of Malaya students in the months following the racial unrest. 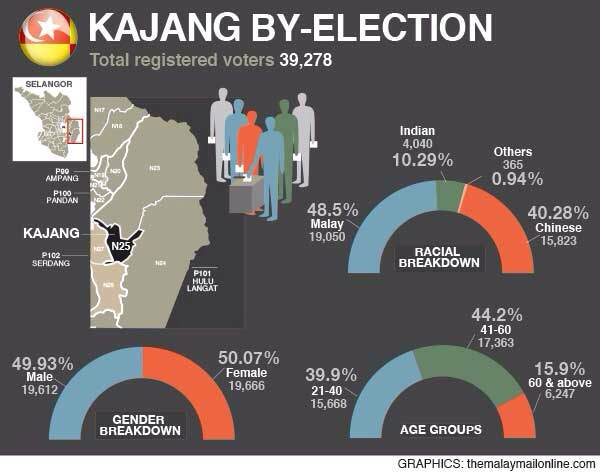 “He refused to meet with those representing Chinese school teachers who wanted to limit the powers of the education minister. Instead, he placed 100 non-Mandarin speakers as principals and senior teachers in Chinese primary schools.

“This led to anger in the Chinese community, and was the impetus for DAP and MCA to hold a protest with about 2,000 people,” it added.

The protest eventually led authorities to launch a security operation to round up participants of the rally ostensibly to prevent possible racial clashes, but which was largely viewed as a crackdown on opposition members using the now-repealed Internal Security Act (ISA).

Among the given reasons for PKR’s triggering of the unforced Kajang by-election for Anwar to contest is to counteract alleged attempts by Umno to foment racial and religious tension in Selangor.

At 41 per cent, Kajang has a large Chinese electorate and was believed to have been chosen specifically for this reason.

In a surprise move, PKR’s Lee Chin Cheh resigned as Kajang assemblyman, presumably to pave way for Anwar to contest the by-election.

The EC has set March 23 as the polling date for the Kajang by-election, the country’s third since Election 2013 last May.

Nomination will be on March 11, while early voting has been set for March 19.