Two US admirals under probe in bribery scandal 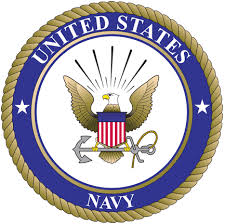 WASHINGTON, November 9 — The US Navy has stripped two admirals of access to classified information in connection with a widening bribery scandal involving prostitutes and lucrative government contracts in Asia, officials today.

Three senior naval officers have already been arrested in the probe and the announcement signalled a spreading corruption scandal that implicated members of the top echelons of the navy.

“The suspension was deemed prudent given the sensitive nature their current duties and to protect and support the integrity of the investigative process,” Kirby said.

The two admirals faced allegations “that involve inappropriate conduct prior to their current assignments” and before their current rank, he said.

There was no indication either of the officers had breached classified information, he added.

At the centre of the case is a Malaysian businessman, Leonard Francis, the CEO of Glenn Defence Marine Asia, who has been charged with conspiracy to commit bribery by US authorities.

Francis allegedly sought to secure multi-million dollar government contracts to provide food and supplies to US naval ships travelling through Asia, in exchange for bribes that included offers of prostitutes, luxury travel and other perks.

The Washington Post reported Thursday that federal prosecutors allege Francis, dubbed “Fat Leonard” by officers, recruited moles inside the Navy to learn information about contracts and the details of probes of his firm.

The case also raises fresh questions about how the Pentagon oversees numerous contracts, despite efforts to tighten oversight and prevent abuses.