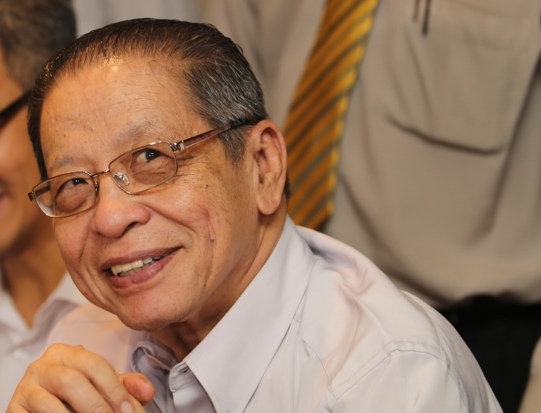 KUALA LUMPUR, Aug 25 — Creative licence was not carte blanche to concoct an “inflammatory” scene of a Chinese man urinating on a flag pole at the Selangor mentri besar’s residence, Lim Kit Siang said in his latest screed against the controversial “Tanda Putera” film.

Savaging the particular scene as reckless, the DAP advisor said the fabricated incident risked undermining Malaysia’s inter-racial ties given the film’s milieu of the May 13, 1969 race riots.

“It is the height of criminal and anti-national irresponsibility for anyone to concoct the spurious urination incident as one of the purported causes provoking the May 13, 1969 riots, especially in a film funded with taxpayers’ money, when it is completely fictional with no factual basis in any historical material, whether documentation or photographic,” the Gelang Patah MP said in a statement today.

He added that the film’s director, Datin Paduka Shuhaimi Baba, must now expressly identify the scene as a “complete figment of her imagination”, saying she must not allow her penchant for fictitious scenes from her horror film background to bleed into such an emotive matter.

“It is a mystery why the ‘urination’ episode is so central to Shuhaimi’s ‘Tanda Putera’ movie although it has no factual basis whatsoever.”

Shuhaimi yesterday revealed that the film was fictional, despite previously calling it historically accurate.

The offending scene became the focal point of controversy when an administrator posted on Facebook a photograph ostensibly of the scene along with a caption: “Lim Kit Siang telah kencing di bawah tiang bendera Selangor yang terpacak di rumah menteri besar Selangor ketika itu, Harun Idris, (Lim Kit Siang had urinated at the foot of the flagpole bearing the Selangor flag at the then Selangor MB’s Harun Idris’ house).”

Lim last year threatened to sue over the photograph and the caption, which “Tanda Putera” executive producer alleged was posted by a fan on the film’s Facebook page without the producers’ knowledge.

It had originally been scheduled to be released on September 13 last year, before being postponed to November 13 and subsequently put on hold indefinitely.

Since then, it has been shown in private screenings to an assortment of viewers such as a gathering of FELDA settlers in February and at an invitation-only event for International Islamic University students a month later.