SHAH ALAM, Jan 16 — In response to last week’s article titled, “A changing KL neighbourhood: Jalan Batai shops keep up with the times”, one of our readers, Ng Mei Chin sent us an email requesting the whereabouts of the char kway teow stall that used to be located at Restoran Seng Lee.

After the place closed, the stall had relocated to Restoran Shangri-La at the end of the row of shophouses.

When Restoran Shangri-La reopened last week after renovations, people were surprised that the char kway teow stall was no longer there.

We managed to track down the stall’s owners, Eng Lee Ling and her husband, Khoo Meng Hian, all the way to Setia Alam. 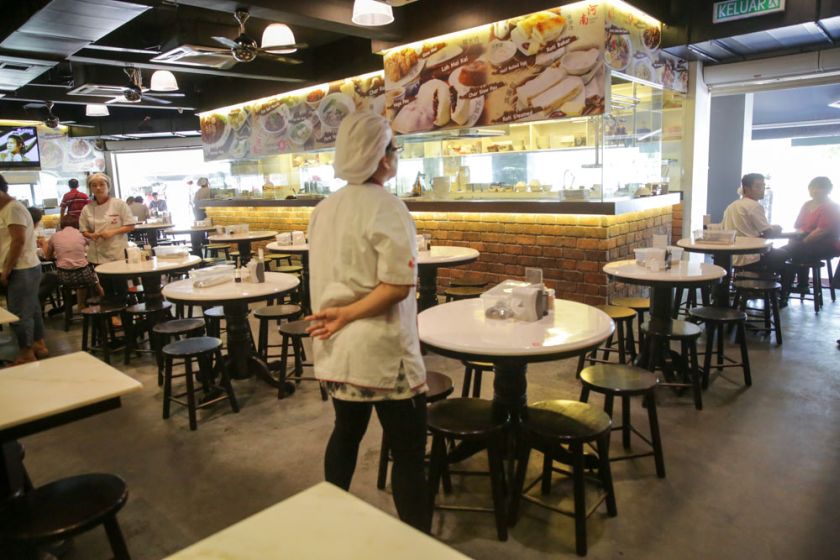 Various stalls are found within the restaurant that sells all kind of food. ― Picture by Choo Choy May 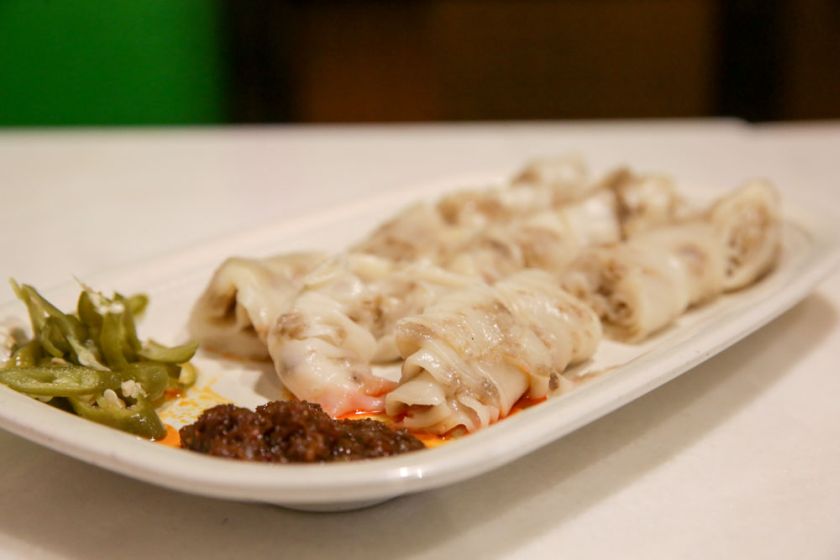 There's a wide range of food items like this Teluk Intan chee cheong fun. ― Picture by Choo Choy May

The team at Henan Hawker Food include the various stall owners and staff. In the middle, you have Eng Lee Ling, Ng Kim Meng and Eng Kim Soong, while on the far right is Khoo Meng Hian, Eng Lee Ling's husband. ― Picture by Choo Choy May 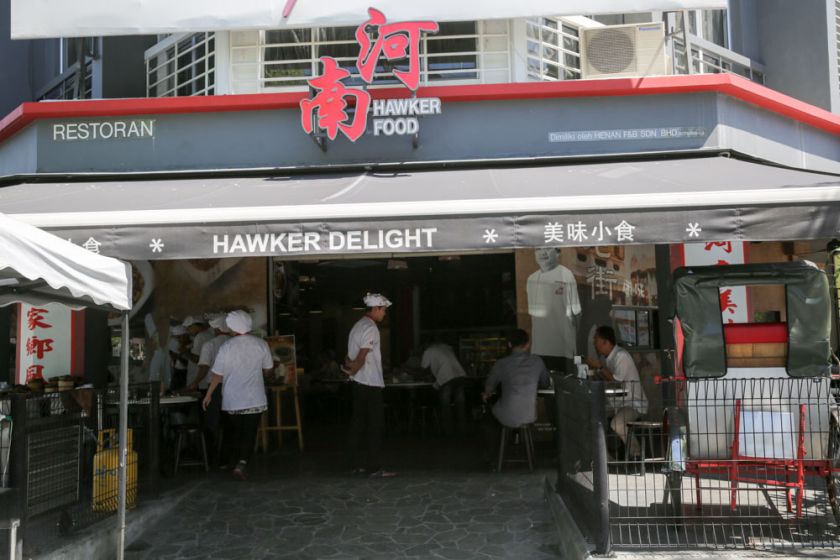 The corner restaurant is right behind CIMB Bank. ― Picture by Choo Choy May Patrons can enjoy the comfortable air-conditioned surroundings with television as an entertainment. ― Picture by Choo Choy May 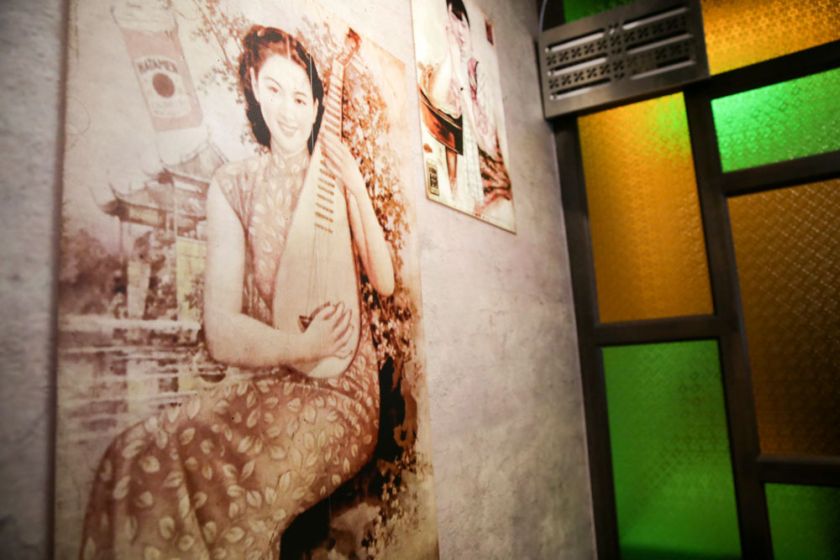 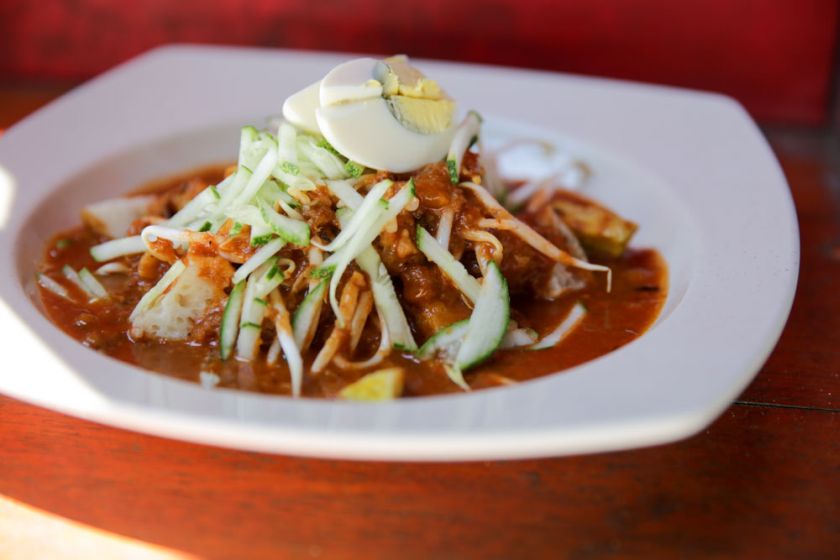 It's not only Chinese food as you can order rojak and roti canai here. ― Picture by Choo Choy May For a comforting meal, go for the mee hoon kueh with it's silky dough and sweet tasting soup. ― Picture by Choo Choy May

Even though Eng Kim Soong has retired, he sometimes helps out here. ― Picture by Choo Choy May Despite his age, Eng Kim Soong has a deft hand in frying the noodles giving it lots of ‘wok hei’. ― Picture by Choo Choy May Batai regulars can head to Setia Alam for a taste of their favourite char kway teow. ― Picture by Choo Choy May

When Restoran Shangri-La closed for renovations in late September, Lee Ling decided to stay here full-time and help manage the restaurant with her husband.

Since her husband is also busy, she is not too confident about tackling the long journey by herself from her home in Shah Alam to Damansara Heights.

Moreover the long working hours didn’t suit her father who will soon be turning 70, hence she took over the frying of the noodles.

Unlike other places, they prefer not to use any pork lard or oil to fry their noodles, making their noodles suitable for Malay customers.

Occasionally, the Batai regulars will be happy to know, you may catch Lee Ling’s father coming out of his retirement and helping out at the restaurant. Depending on your luck, he still picks up the spatula and fries up a plate or two of his signature noodles.

Recently, one of his long-term customers was lucky to get to taste his char kway teow, during a visit from England. Some of Lee Ling’s faithful customers have also trekked all the way to Setia Alam to eat her char kway teow.

According to Lee Ling, the family originally from Penang has two generations that are linked to char kway teow. Her father learned how to fry the noodles from his older brother and he started out in a stall at Overseas Union Garden before relocating to Restoran Shangri-La in the 1970s.

Later he switched over to Restoran Seng Lee. In 1998, Lee Ling and her father swapped places; she took over his space in Damansara Heights and he continued at Shah Alam where she had a stall.

Currently at Henan Hawker Food, Lee Ling is also assisted by her uncle, Ng Kim Meng who manages the kitchen.

Aside from baking the egg tarts and siew pao here, he is also skilled in char kway teow, helping Lee Ling on occasion. After Chinese New Year, he will also be introducing a range of dim sum items, like his own pao.

A good choice for a comforting meal here is the mee hoon kueh or handmade pinched noodles served with a sweet tasting soup made from anchovies, which is topped with pork slices, prawns, anchovies and vegetables.

For those who prefer a spicier version, try the dry spicy pan mee with egg as the handmade noodles have a nice bite.

Lee Ling is constantly tweaking the stall offerings, searching for new stall owners to join the restaurant. After Chinese New Year, they will be switching assam laksa stall operators. Recently, she introduced her own recipe for BBQ fish, which is served from 6pm onwards.

Some of Lee Ling’s previous patrons have also been trying to persuade her to return to an area nearer to Damansara Heights.

Even though she would like to relocate nearer to them, at the moment, her hands are full as it’s taking her time to get the business running smoothly at Henan Hawker Food.

I guess if you’re hankering for a taste of the Batai char kway teow, it’s time for a road trip to Setia Alam to get your fix.